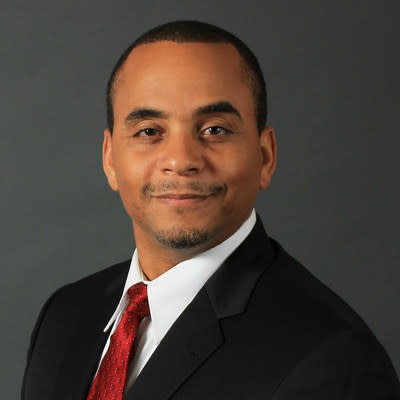 As Vice President of Information Technology and a member of the company’s Executive Leadership Team, Bill will focus on leveraging the most advanced technologies to support the rapidly growing business and workforce.

Bill joined Rinnai America in 2004 when the IT team consisted of one team member and the organization employed less than 50 associates.   With the company poised for exponential growth, Bill set upon a mission of growing Rinnai’s technology and team to match the pace of the business. In 2008, Bill was promoted to Director of Information Technology, after having directed the expansion of the IT team, choosing and implementing an ERP system, and creating and executing the technology plans for Rinnai’s branch office expansion strategies in California, Florida and Texas.  In 2018, Bill was promoted to Senior Director of Information Technology, joining the Executive Leadership Team. The projects he led during this time included the technology plans for Rinnai America Manufacturing (RAM) and Rinnai America’s new Headquarters, which included, among many upgrades, world-class audio-visual technologies and capabilities. The Rinnai cloud-based technology strategy was also conceived during this time: Any time, any place, any device. In 2019, under Bill’s leadership, Rinnai Corporation recognized Rinnai America as the most progressive with regards to IT after a world-wide review of all Rinnai companies. Specifically, Rinnai America was lauded for continually increasing convenience to the staff by advancing technology.

“Rinnai America is a special place to me and my family, and I am fortunate to have been able to contribute, in various ways, to its culture and its exponential growth over the last 16 years,” said Sullivan.  “I look forward to continuing to help Rinnai America deliver on our promise of Creating a Healthier Way of Living™ for our associates and their families, our customers, our partners, and our communities.”

Bill started his career in IT at Cambridge, MA– based Counterpoint Publishing, which pioneered publishing subscription content on CD-ROM and the Internet.  Bill also served as Director of IT for Boston-based Molecular, Inc., a digital marketing consulting firm that designed and built Internet-based solutions to help companies increase revenues and decrease operating costs.

Bill is an alumnus of Harvard College in Cambridge, MA, where he studied English. He has also completed coursework in Management and Leadership at the MIT Sloan School of Management, and is a certified facilitator in the Partners In Leadership culture management process.

Rinnai America Corporation has made significant investments to expand its operations in North America in recent years, including the expansion of its Corporate Headquarters, the opening of a state-of-the-art innovation center, and the opening of its manufacturing facility.  The company also recently broke ground on a new manufacturing facility in Griffin, Georgia that is scheduled to open late 2021.

About Rinnai
Rinnai America Corporation, a subsidiary of Rinnai Corporation in Nagoya, Japan, was established in 1974 and is headquartered in Peachtree City, Ga. Rinnai Corporation manufactures gas appliances including tankless water heaters, a wide range of kitchen appliances and heating and air conditioning units. As the technology leader in its industry, Rinnai is the largest gas appliance manufacturer in Japan and is the number-one selling brand of tankless gas water heaters in the United States and Canada. Annual corporate revenues, including those of its subsidiaries, are in excess of $3.2 billion. With a global perspective to create 21st-century products for the home and business, Rinnai Corporation commits itself to safety and Creating A Healthier Way of Living™. For more information about Rinnai’s entire product line, visit www.rinnai.us.