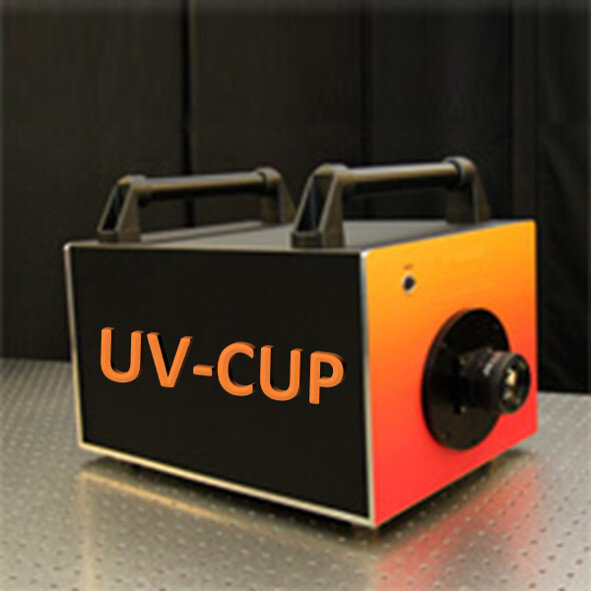 The team of Professor Jinyang Liang, a specialist in ultrafast imaging at the Institut national de la recherche scientifique (INRS), in collaboration with an international team of researchers, has developed the fastest camera in the world capable of recording photons in the ultraviolet (UV) range in real time. This original research is featured on the front cover of the 10th issue of the journal Laser & Photonics Reviews.

Compressed ultrafast photography (CUP) captures the entire process in real time and unparalleled resolution with just one click. The spatial and temporal information is first compressed into an image and then, using a reconstruction algorithm, it is converted into a video.

Developing a Compact Instrument for UV

Until now, this technique was limited to visible and near-infrared wavelengths, and thus to a specific category of physical events. “Many phenomena that occur on very short time scales also take place on a very small spatial scale. To see them, you need to sense shorter wavelengths. Doing this in the UV or even X-ray ranges is a remarkable step toward this goal,” says Jinyang Liang, who led the study.

To record in this new range of wavelengths and to develop the technique into a user-friendly product, researchers designed a compact UV-CUP system with Christian Yves Côté of Axis Photonique Inc. via an academia-industry collaboration. The new system features a patterned photocathode, which is used to simultaneously detect and encode black light. “Like a standard camera, our technology is passive. It does not produce light; it receives it. Therefore, our photocathode had to be sensitive to the photons emitted as UV light. This design makes our technique a stand-alone system that can be easily integrated into various experimental platforms,” says Jinyang Liang, who has been contributing to the development of CUP since his postdoctorate.

Dividing up the Reconstruction Problem

“Taking the picture is only the first half of the job,” says Jinyang Liang. “It also has to be reconstructed.” To do this, the researchers developed a new algorithm, more efficient than standard algorithms, via their collaboration with Boston University. Its strength comes from a division of tasks. “Rather than solve the reconstruction problem as a lump, the algorithm divides the reconstruction into smaller problems that it tackles individually,” explains Professor Liang.

With the innovations in both hardware and software, UV-CUP has an imaging speed of 0.5 trillion frames per second. It produces videos with 1500 frames in large format. As a light-speed imager, UV-CUP sees flying UV photons in real time. “It always fascinates me when you can watch the fastest object in the universe in such great detail,” says Yingming Lai, a Master’s student at INRS and the first author of the article.

The device developed through this international collaboration will be sent to the research laboratory SOLEIL Synchrotron in France to visualize physical phenomena. It could capture laser-plasma generation, a phenomenon that is essential for deducing certain properties of materials, and UV fluorescence, which is important in medical imaging to identify biomarkers linked to diseases.