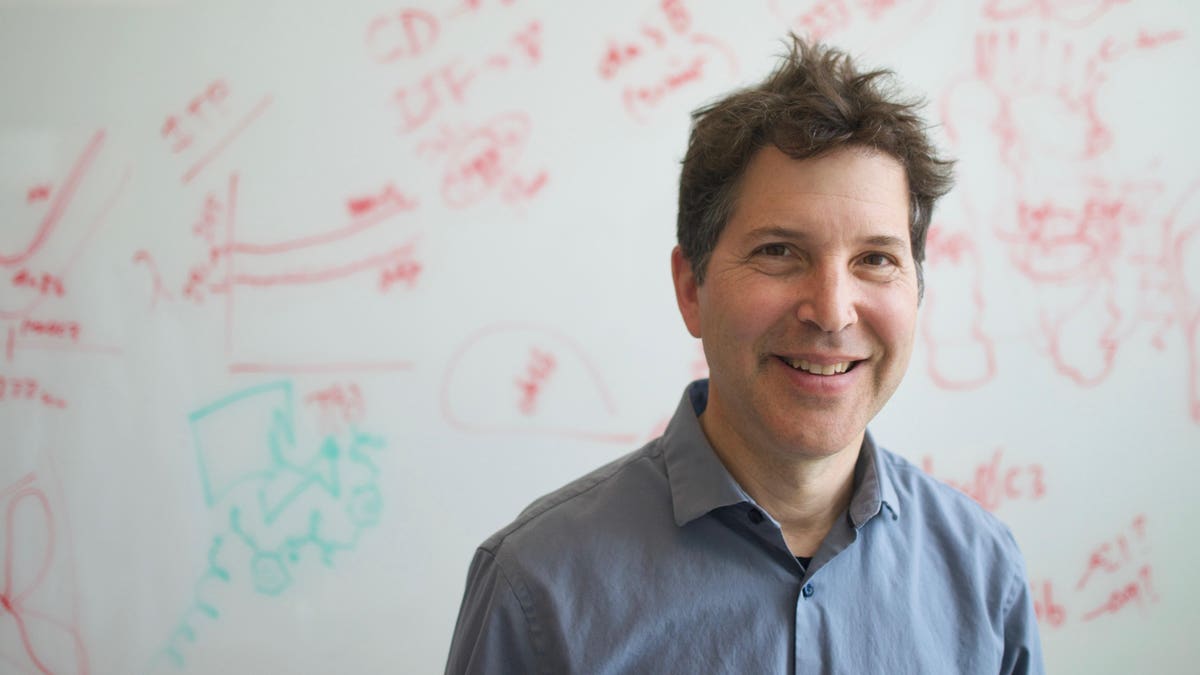 r. David Baker, director of the Institute for Protein Design at the University of Washington, received one of the 2021 Breakthrough Prizes in Life Sciences on Thursday. The award is $3 million dollars, which Baker says he is likely to fold right back into his ongoing research into predicting protein structures and designing unique proteins that can be used for a variety of applications, from medicines to new materials.

In addition to the prize itself, on Wednesday Baker and his team published research in the journal Science based on the work he’s being honored for. That paper details how his group was able to computationally design a molecule that potentially inhibits the coronavirus that causes Covid-19. The team not only designed the program on their computer system, but went on to synthesize the proteins. Tests of those proteins demonstrated that they can protect lab-grown human cells as well as a neutralizing antibody, presenting a potential new treatment for the disease.

Animal studies for the protein are also in the works, Baker says, and he adds that his team is currently in discussions to partner with a pharmaceutical company to develop it further. Similar work by Baker’s group is being used to develop cancer therapeutics, and he says that future work could move beyond healthcare and into applications such as developing new materials or even sources of energy.

“I’m excited about the work we’re doing,” Baker says. “I think we’re really kind of in a technological revolution.”

aker won one of the six $3 million Breakthrough Prizes this year, which were awarded to eight different scientists in Mathematics, Fundamental Physics and Life Sciences.

Additionally, a $3 million Special Breakthrough Prize in Fundamental Physics was awarded to Dr. Steven Weinberg at the University of Texas at Austin. The Breakthrough Prizes also awarded three $100,000 New Horizons in Physics prizes, three $100,000 New Horizons Prizes for Mathematics and three $50,000 Maryam Mirzakhani New Frontiers Prizes. Those smaller awards are aimed at acknowledging work by early-career researchers, with the Maryam Mirzakhani award being focused on women in mathematics.

These awards, totaling $21.75 million, are granted by the Breakthrough Prize Foundation, founded by billionaire Yuri Milner and his wife Julia. Additional sponsors for the prizes include Tencent chair Ma Huateng; Google cofounder Sergey Brin; Mark Zuckerberg and his wife, Priscilla Chan; and 23&Me cofounder Anne Wojcicki.

In addition to Baker, three other scientists were awarded $3 million for their work. They are:

Catherine Dulac, a professor at Harvard University and the Howard Hughes Medical Institute. Her research is focused on understanding parenting behavior and overturned some traditional thinking in the field. Her work has uncovered that parts of the brain that govern activities that appear specific to males or females are actually present in both sexes. This is particularly the case for parenting behaviors, and her work has show that under certain circumstances, animals will behave in a manner previously believed to be the domain of the opposite sex. She discovered through her work that in mice, what was previously believed to be “sex-specific” behavior are susceptible to environmental influences such as pheromones. Though there was a lot of resistance to her work at first, it’s been widely replicated and researchers are now working to understand how these mechanisms may or may not exist in humans. “The idea of the gendered brain,” she said in a statement, “Is way more complex than anticipated.”

Dennis Lo, a researcher at the Chinese University of Hong Kong, was awarded the $3 million prize for his discovery that the DNA of a fetus is present in a pregnant mother’s blood plasma in quantities that make it possible to create better tests for fetal genetic characteristics. This information in turn can help prepare doctors for any special needs or treatment that a child might need after birth. His first such discovery was in 1989, when he was successfully able to demonstrate the presence of a fetus’ Y chromosome in the mother’s blood. By 2008, he’d developed a non-invasive test for Down syndrome and in 2010 he was able to sequence the entire genome of a fetus. He’s now working on taking this approach of DNA screening to other applications, such as testing for cancer.

Richard J. Youle, a researcher at the National Institutes of Health was awarded the prize for his work with Parkinson’s disease. His research discovered that in patients who had a hereditary form of the disease had mutated genes that prevent damaged mitochondria, the part of the cell that creates energy, from being cleared out as they are in normal cells. Damaged mitochondria have been linked to Parkinson’s disease since the 1970s. In 2012, Youle determined the mechanism for how the mutated genes prevent damaged mitochondria from being cleaned up, and a few years later his lab determined that this resulted in a loss of neurons in a particular region in the brain, completing the connection to Parkinson’s. Today, a number of companies are targeting these genes and their related pathways to develop treatments for not only Parkinson’s but cancer and leprosy as well.

The $3 million Breakthrough Prize in Fundamental Physics was awarded to the Eöt-Wash Group at the University of Washington, which includes physicists Eric Adelberger, Jens Gundlach and Blayne Heckel. This team of experimental scientists has developed “table-top” ways to test hypotheses about the fundamental laws of physics in small spaces, without the need for large, multi-billion dollar pieces of equipment.

The team has been focused on some of the central problems of physics, with a particular emphasis on the peculiarities of gravity. Their work has helped influence other experiments in physics, including the study of gravitational waves and of dark matter.

The $3 million Breakthrough Prize in mathematics was awarded to Martin Hairer, a mathematician at Imperial College London. Hairer’s specialty has been the study of what are called stochastic partial differential equations, a particularly tough part of mathematics to understand because they include terms that involve extremely random events, like ambient noise or the millions of stock trades that take place daily.

In 2011, he solved one particular equation which can be used to model behaviors such as the way a drop of water spreads out when it hits a paper towel. His solution to this equation wasn’t limited to it, but enabled him to develop a method that could be applied to other stochastic partial differential equations. Thanks to his work, these equations have seen a resurgence of interest from researchers, who are using some of these techniques to solve other seemingly intractable problems involving random events.