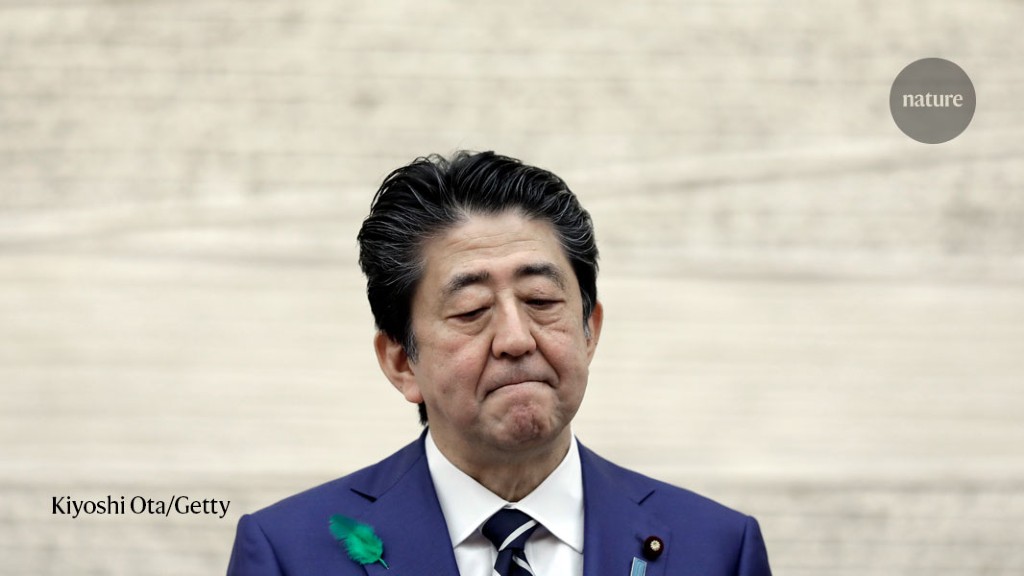 When Shinzō Abe returned as Japan’s prime minister in 2012, the country had been through five leaders in as many years, and had one of the developed world’s more sluggish economies. Eight years later, as Japan’s longest-serving leader steps down for health reasons, the country is more stable politically. But the changes Abe made in the name of economic growth and social development leave a mixed legacy. Despite a deliberate effort to boost the economy through science — particularly biomedical research — the growth rate see-sawed during the Abe years, and never exceeded its 2017 high of 2.3%.

On taking office, Abe, who leads the right-wing Liberal Democrat Party, vowed to get more out of science. Overall, more of Japan’s researchers are now publishing with co-authors elsewhere, but the country’s share of international science publishing has been declining for some years.

Japan spends 3.2% of its national income on research and development — one of the highest amounts among the G20 group of the world’s largest economies (the United States spends 2.8%). But about 80% of this spending comes from industry. Japan’s share of government investment in science remains low by developed-country standards. At the same time, Abe’s efforts to squeeze more innovation — one of the components of economic growth — out of scientific research have produced no clear successes.

In 2015, Abe launched the Japan Agency for Medical Research and Development (AMED) — the nation’s equivalent of the US National Institutes of Health, but with more focus on transferring discoveries to the clinic. In 2018, the agency had an annual budget of ¥126.6 billion (US$1.2 billion).

Although it is too early to judge AMED’s performance, the government had already moved to commercialize regenerative medicine. Two laws passed in 2014 allow companies to obtain faster regulatory approval to use stem cells and other regenerative therapies in patients. In permitting this, Japan decided to disregard the consensus of international experts that stem-cell treatments should not be commercialized until rigorous and unambiguous evidence — in the form of controlled clinical trials — confirms that they are safe and effective. Despite much criticism at home and abroad, Japan’s government has not altered its approach. 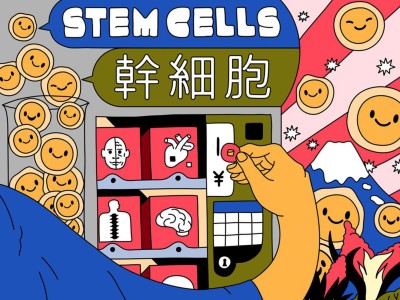 Such assertive techno-nationalism is nothing new, and, if anything, seems to be becoming more common around the world. But this isn’t how Japan has traditionally done things. Researchers have been resolute in their view that science must only ever be used for peaceful purposes and for economic development. But Abe sought to revisit that. After coming to power, he increased defence spending and tried — but ultimately failed — to amend Japan’s pacifist constitution. He also launched a fund to support technologies with potential military uses, to be overseen by the defence ministry’s Acquisition, Technology and Logistics Agency.

Japan’s government has also been considering putting restrictions on international collaborations in areas such as quantum computing, artificial intelligence and semiconductor design. This would stop what it regards as sensitive scientific research from being shared with researchers in other countries, especially China, and is in line with policies being enacted in the United States and Australia.

Such actions, if carried out without due care, risk overturning progress towards Japan’s long-held ambition to internationalize its research community. A significant share of the postdoctoral researchers and graduate students in Japan come from China, as do 40% of Japan’s international exchange students. It would be a shame if science, which has played a small part in building bridges between the peoples of these two nations, were to drive a wedge between them.

One of Abe’s most notable failures has been in his government’s inability to fulfil a promise to improve gender diversity in Japan’s workplaces. His government formulated a raft of new laws and policies, including the Intensive Policy to Accelerate the Empowerment of Women; the Comprehensive Support System for Children and Child-rearing; and an ambitious Fourth Basic Plan for Gender Equality.

Some progress has been made. For example, the percentage of women who continued to work after having their first child increased from 38% to 53% between 2011 and 2016. But in science, progress has been less marked. The five-year basic science and technology plan that started in 2016 embraced a national goal for women to make up 30% of the scientific workforce by 2020. As of 2019, only 16.6% of scientists were women, although this did represent a record-setting 2.9% increase over 2018’s number, according to the Ministry of Internal Affairs and Communications. But the number remains among the lowest of the G20 countries — women constitute 28% of scientists in Germany, 39.5% in Russia and 45% in South Africa. 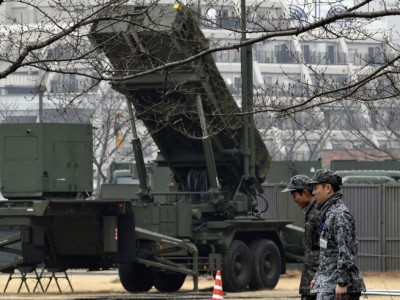 Even Japan’s premier research institute, RIKEN, has been unable to boost its numbers of female scientists and researchers from other countries, according to a report from RIKEN’s own advisory body, the RIKEN Advisory Council, published in November 2019. As of March 2020, only 14.5% of the institute’s researchers — and only 8.3% of principal investigators — were women.

So what of the future? Japanese politics runs on consensus, and politicians — regardless of party affiliation — are not known for the kind of impulsive alpha-male leadership we are currently seeing in other countries. Consensus is an important and necessary characteristic in a political system, but it also means that when governments want or need to change course, this takes longer. And that means that, although Japan will soon get a new prime minister, the incoming administration is unlikely to immediately deviate strongly from the path set out by Abe.

In the long run, that is not the path Japan needs to follow. The country’s researchers must persuade the incoming administration that the research system will become more innovative and resilient, not by fast-tracking technology regulation, but by embracing diversity and inclusion, a smarter approach to government investments, and better science diplomacy.

We are living through one of the most worrying and unpredictable periods in recent history, with an ever-present threat of conflict and tension between states. Japan has so far been a beacon to the world in its embrace of science for peace, and the world needs this remarkable country to stay that way.