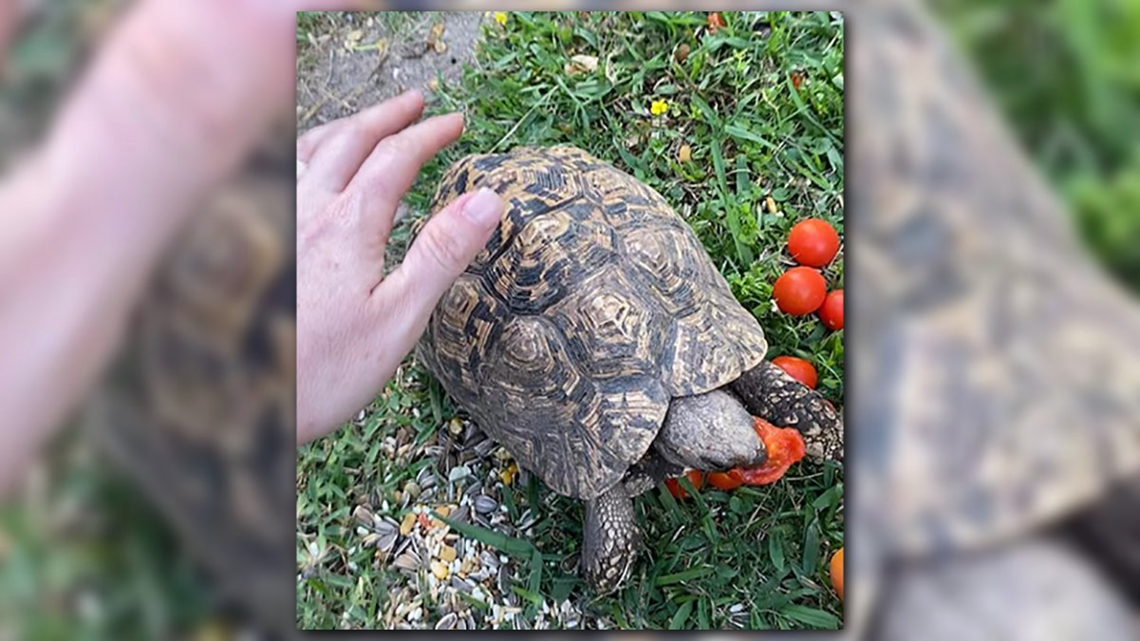 Zoo owners say the three thieves were caught on camera and they have their identity and license plate number.

A few minutes after a couple of rescue tortoises were dropped off at the Bayou Wildlife Zoo in Alvin, someone stole one of them.

King said the three thieves were caught on camera and they have their identity and license plate number.

“Please return our brand new turtle. He is a rescue and needs attention.  We have you and your license plate on camera,” King said in a Facebook post.  Please put him in a box with holes…unharmed…  and leave at front gate….by 9am. We will not press charges.”

As of Monday afternoon, the turtle hadn’t been returned. The Galveston County Sheriff’s Office has been notified.

According to this reptile website, regular leopard turtles, like Sheldon, can sell for hundreds of dollars and giant ones can go for thousands.

King and her parents bought the iconic 80-acre zoo in March, right before the  COVID-19 pandemic forced them to close for a couple of months.

The open-range zoo is home to hundreds of animals, including giraffes, zebras, kangaroos and camels.

Former owner Clint Wolston put his menagerie on the market in 2016 because he was ready to retire. It took more than three years to find a buyer.


He said 86 different species from 19 countries roam freely and visitors can feed and interact with them.

Most of the animals came from other zoos, parks, or exotic animal ranches which are regulated by the USDA and other agencies.

If you know anything about Sheldon’s whereabouts, call the zoo or the Galveston County Sheriff’s Office.