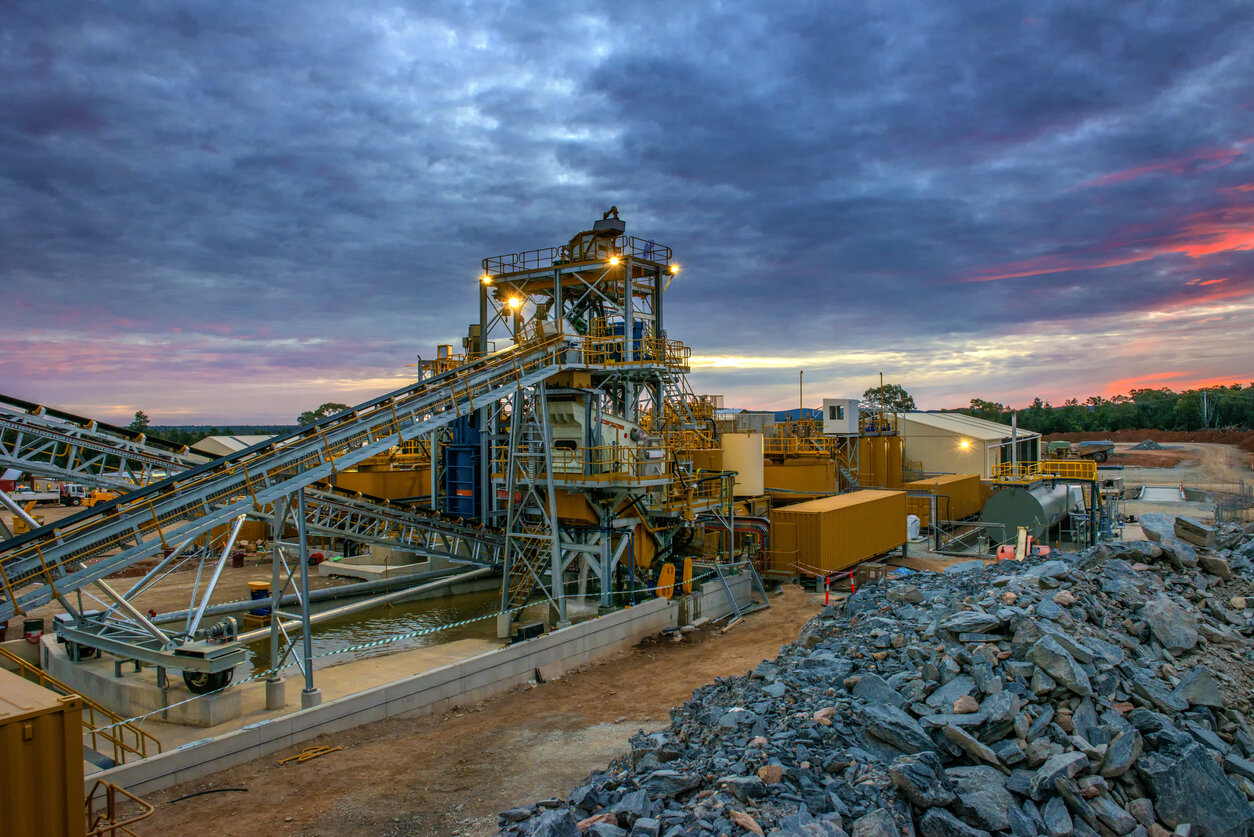 “If you can integrate carbon capture with recovery of previously inaccessible minerals, say of nickel and cobalt, you could make some lower grade mines more viable,” said lead author Dr. Jessica Hamilton.

According to a recent report in Science, today some 419 million tons of ultramafic and mafic (rich in magnesium and calcium) waste are produced annually with the potential if fully carbonated to lock up 175 million tons of atmospheric CO2 per year.

In the study, Hamilton and her associates used laboratory experiments to trial two geochemical treatments to accelerate the carbonation of ultramafic mine tailings at ambient temperatures and pressures.

The first experiment involved a direct reaction of partially saturated tailings from a derelict chrysotile (asbestos) mine in NSW with a simulated mining flue gas, containing 10 percent CO2 in dinitrogen.

This accelerated CO2 sequestration occurs by targeting a highly reactive mineral, brucite (Mg(OH)2), in the tailings.

Investigators noted some limitations on carbonisation with brucite that are linked to water content and humidity.

“If we irrigate the mineral waste from mines with acid, the minerals dissolve to produce a solution that is rich in magnesium and calcium, which, in turn, react with CO2 and form solid carbonate minerals,” said Hamilton.

The investigation involved X-ray fluorescence microscopy (XFM) at the Australian Synchrotron, undertaken by Hamilton and XFM Principal Scientist Dr. David Paterson, which provided visual microscopic evidence of the distribution of trace metals and other key changes to the microstructure following leaching with diluted sulfuric acid.

XFM revealed immobilized iron, chromium, cobalt, nickel and manganese at different depths in the column with the greatest concentration in the region where the pH of the acidic leaching solution was neutralized.

“The real power of XFM was that it allowed us to look at the distribution of elements at a really fine scale and look at the coatings on grains, and the localized geochemical environments where metals were precipitating,” said Hamilton.

The heap leaching produced a liquid high in magnesium capable of sequestering an amount of carbon dioxide 200 times greater than the passive carbonation that occurred at the derelict mine.

“The choice of approach depends on the resources available at the mine and the local mineralogy,” said Hamilton.

“If there is waste acid available and you don’t have much active brucite, then heap leaching is a great option. If there is a CO2 source, and you have brucite, then you might go for direct reaction with that gas. But the two can also be used together, for example heap leaching can be followed by reaction of the magnesium rich fluids with a CO2 source,” said Hamilton.

An added benefit is that for mines or mineral processing that produces acid as a by-product, this acid can be used and neutralized.

The approach is suitable for waste from platinum, chromite, diamond, and some nickel, copper, and historical chrysotile mines.

A testing program is now underway to scale up carbon mineralisation technology at diamond mines in Africa and Canada.

Although Hamilton is now working as an instrument scientist at the Australian Synchrotron, she continues to stay actively involved in the research.

Their work on using industrial waste to turn carbon dioxide into stone was recently featured in an article The Carbon Vault, in Science.

A study exploring similar methods on iron-rich copper mine waste, led by Prof Southam and including Hamilton and Paterson, was recently published in the Journal of Geochemical Exploration.