Quibi’s new show, Wireless, shows the power and limitations of its Turnstyle technology 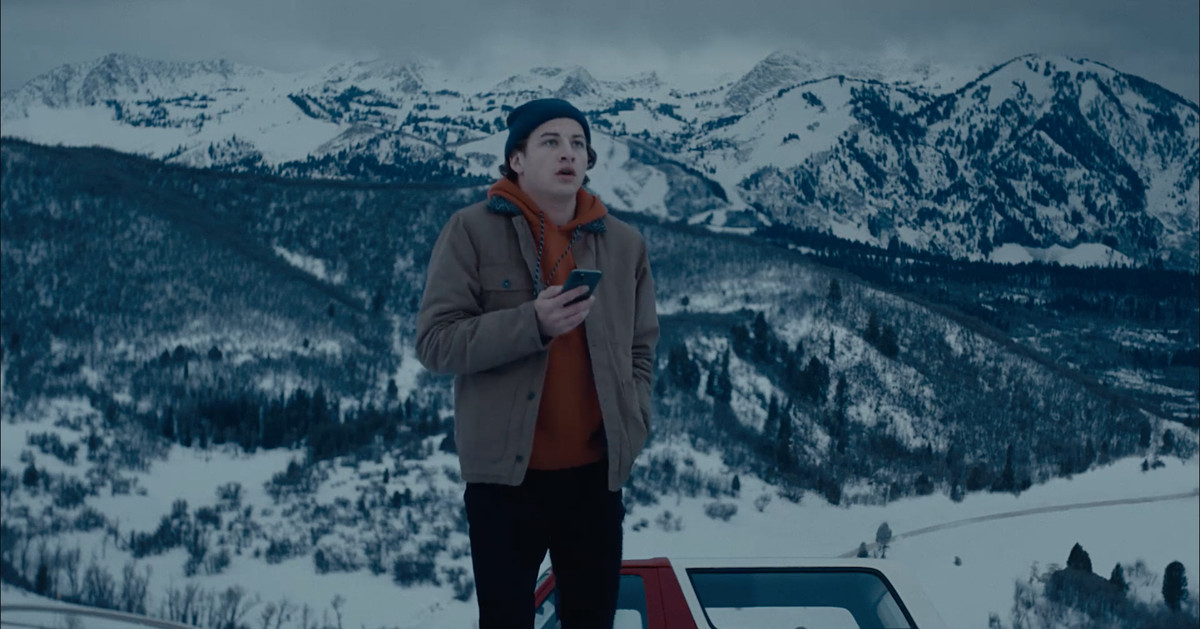 When Quibi launched in April, it had two big selling points: high-quality short-form video content designed for phones and Turnstyle, its quintessential technology. Except none of the titles Quibi launched with really took advantage of the Turnstyle technology, which allows for two completely different experiences when transitioning from portrait to landscape. And very few of Quibi’s originals were, well, good.

Wireless is the first Quibi original that manages to accomplish both those goals — it’s not only good, it’s made better by Turnstyle. The Steven Soderbergh-produced series follows a college student, Andy (played by Tye Sheridan), after he becomes stranded in the Colorado mountains while trying to get to a New Year’s Eve party. The first three chapters that I watched set up a series similar to other survival horror films; the sun’s disappearing, it’s freezing cold, and there’s no one around for miles — how does he survive? Wireless uses Turnstyle technology to try and circumvent the subgenre’s norms by making Andy’s iPhone a character.

When viewing Wireless in landscape mode, it’s a regular cinematic experience. In portrait mode, Andy’s iPhone screen becomes the storyteller. Anything that appears on the screen becomes what the audience watches. Google Maps, FaceTime, Tinder, Siri, Instagram, Safari, and more tell the story that Andy can’t by himself. There are different types of prompts designed to alert people as to when they should turn their phones to experience the series the way it was designed.

The first are little icons that appear on the screen gesturing to flipping the phone. These are the most obvious, but there are also sounds any iPhone owner will recognize that act as cues to flip the phone. The clacking of typing on a keyboard and app notifications are also signals that the real story is taking place on Andy’s phone, and you should watch in portrait mode. For a concept that could have come off extremely gimmicky, it works for Wireless. The result (so far) is an entertaining, interactive show that seems to demonstrate what Quibi was trying to be several months ago.

There’s only one problem — shaking the phone too much seems to kickstart some bugs with the app. In one instance, the app seemed to automatically lock on landscape mode, forcing me to refresh. On another occasion, the app quit unexpectedly. There was another instance where the show stopped playing and I had to restart the app once more. Hey, bugs happen, but Quibi’s chief technology officer, Rob Post, told The Verge these are hiccups. He’s encountered bugs both in Quibi and other apps where “you got to kind of shake it in order to get it to switch orientations.” Hiccups in an app that doesn’t require constant turning may be one thing — but Quibi, and Wireless specifically, are built with constant shifting between landscape and portrait mode in mind.

“We’ve been fine tuning the system for the last six months on Turnstyle,” Post says. “We are working directly with some of the device manufacturers to in order to help alleviate some of these problems. A lot of the times it’s with the sensors in the phone.”

It’s not like someone can just decide to Chromecast the show, either. Or, they can, but they’ll lose out on what makes Wireless worth watching. Casting to a TV set is fine for shows that don’t require constant rotating, but for Wireless, not being able to rotate takes away from what makes it work. Wireless is dependent on the audience experiencing what Andy does — that’s harder to do if you’re not watching his life play out on his phone in real time. Quibi is going to try and direct people who are streaming on their TV sets to watching things like Wireless on their phone, Post said.

“When it comes to any new innovation that we’re going to add to the platform that gives storytellers like a new way to kind of share their stories, it is going to be a challenge to port those things to the living room devices,” Post acknowledged, adding that “in some cases, with future enhancements and innovations, it may not be possible for us to port everything to the living room.”

Post’s comments seem to insinuate that in the future there will be some cases where Quibi subscribers must watch a show or film on their phone, and won’t be able to cast content to their television set. Still, relinquishing control of how people will watch something is an acceptance that Wireless director Zach Wechter knows well. In order to create Wireless, Wechter essentially filmed two feature movies — one shot entirely in landscape mode, and another in portrait. There are certain moments designed to be experienced in landscape mode and others best experienced watching a screen recording of his phone, but Wechter knows he can’t control it. Everyone has a different “comfort level with their phones,” he told The Verge, and that means no “singular experience will be the same.”

Still, Wechter is hoping that people do watch Wireless on their phones, and do engage with rotating it a few times. Wireless is a story about our connection to our phones, how the tiny bricks in our pockets become a lifeline. Not watching part of the series in portrait mode takes away from the authenticity and intimacy Wechter tried to find.

“These screens and these images of apps, of text messages, the perspectives of a phone camera, are all very familiar to us,” Wechter says. “We spend hours looking at these screens. Authenticity was probably the word we used most on set. If the speed of the texting bubbles moves too fast, people are going to catch it and it’s going to break the reality.”