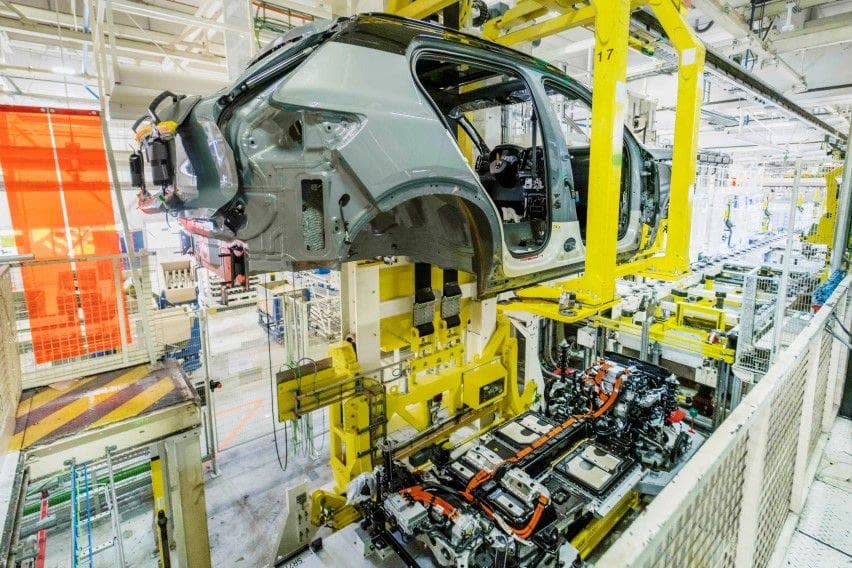 Despite dabbling in plug-in hybrid (PHEV) technology for some years now, Volvo is just building its fully electric car, the XC40 Recharge SUV. The Swedish car maker has announced that production has begun on its first all-battery offering.

“Today is a momentous occasion for Volvo Cars and for all employees here in Ghent,” said Javier Varela, head of global industrial operations and quality, in an October 1 press release. “As we continue to electrify our line-up, the Ghent plant is a real trailblazer for our global manufacturing network.”

To accommodate the new production line, Volvo had to reduce its output of pre-production cars at its Ghent plant. It also had its staff undergo extensive electric car building training to ensure safe production, optimized workflow, and quality manufacture.

Volvo’s first fully-electric vehicle builds on the stellar safety standards of the original XC40. However, due to the absence of an internal combustion engine (ICE), the engineers had to rebuild the frontal structure from the ground up, complete with added reinforcing and stabilizing beams to ensure the EV still meets the brand’s high safety requirements. This was made possible by the use of the Compact Modular Architecture (CMA), an advanced vehicle platform co-developed within the Geely Group.

Aside from frontal reinforcements, the rear has also been galvanized to better distribute collision forces and direct these away from the cabin.

To keep occupants safe while ensuring the battery is well-protected from a collision, Volvo developed a unique safety structure that includes an aluminum safety cage embedded in the middle of the car’s body structure. This cage creates a crumple zone for the battery to keep it intact in case the unfortunate happens.

The all-wheel drive XC40 Recharge delivers an estimated 400kms of zero-emission travel on a single charge, according to the WLTP (Worldwide Harmonised Light Vehicles Test Procedure) cycle. Outputting 402hp, the powertrain can have its battery recharged to 80 percent of its capacity in approximately 40 mins on a fast-charger system.

The SUV also comes with a new, Android-powered infotainment system that provides exceptional personalization options, improved levels of intuitiveness, and incorporated Google technology and services, such as the Google Assistant, Google Maps and the Google Play Store. The XC40 Recharge also allows large system updates to be done over the air.

There’s also plenty of storage space to go around, and because it has no engine, the car gives drivers even more storage options via a so-called ‘frunk’ under the front hood.

Volvo reports that every Recharge waiting to be built this calendar year already has a waiting owner, although reservations and orders remain open.