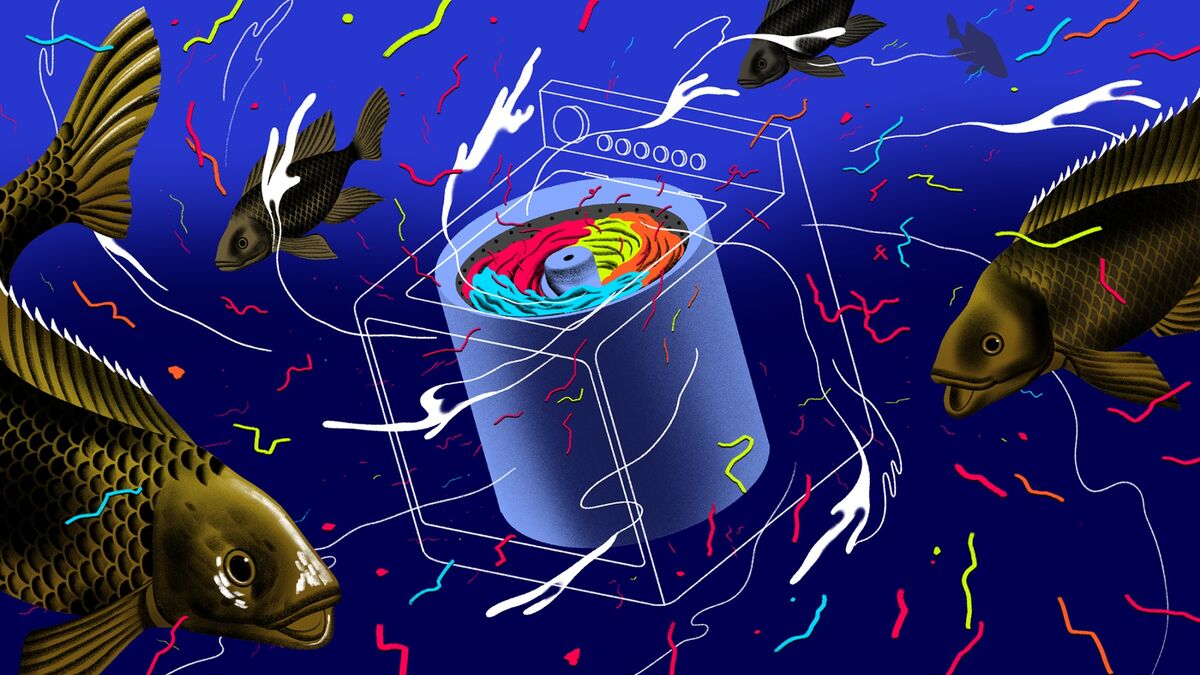 Mojca Zupan was a corporate lawyer doing just fine—“comfort-zone-fine,” as she puts it—in 2016, when a museum exhibit changed her life.

The Plastic Garbage Project depicts the “the origins, life cycle, sense, and senselessness of plastic products.” “I saw these big microscopic pictures of microfibers,” Zupan says of the tiny grains of plastic that slough off synthetic textiles and seep into bodies of water. “It’s ridiculous. Washing machines pollute so heavily.”

She did some research. Technically, a solution for catching microfibers existed. But awareness of the issue was low. “I didn’t get the feeling that something would be done about it in the near future,” Zupan says. “I became determined to change the washing machine industry.” Within a year, Zupan had started PlanetCare and begun selling the company’s first product, a filter that attaches to household washing machines and catches those tiny, polluting microfibers before they reach the world’s oceans.

A washing machine generates microfiber waste in the course of doing its job. By soaking, churning, and scrubbing a garment, it inevitably dislodges woven fiber particles into the laundry wastewater.

Roughly the size of a Nalgene bottle, the PlanetCare filter sticks onto the side of the machine and has nozzles on either side connecting to the water hose and to the drain. The filter itself is a three-dimensional mesh sieve designed to catch fibers as small as 0.1 millimeters, or 90% of the microparticles that would typically flow back into the water supply. A starter pack with seven filter cartridges costs $112; people can also join as “members” for $12 a month. PlanetCare is based in Ljubljana, Slovenia, Zupan’s home, and while most of its customers are in Europe, it does ship to the U.S.

These devices will hardly fix the world’s microfiber problem, which is made more complicated by a lack of consensus around how to measure it. Some reports have found that a single garment sheds around 2,000 fibers in one wash cycle; others say a single load of laundry releases 700,000 fibers, flushing trillions of microfibers into waterways. In August, the journal Nature Communications published a study documenting high levels of ocean microplastics, with a possible 12 to 21 million metric tons near the surface of the Atlantic. Prior to that, a 2015 Science report put that number at 12 million metric tons, max.

“This is of great societal concern,” says Richard Lampitt, a scientist at the National Oceanography Center in the U.K. and one of the authors of the report. Underfunded research, he adds, is part of the problem. “We still need more evidence on [how lethal this is]. But if it is, we need to make strenuous efforts to prevent this material from getting into the ocean.”

“We” could refer to various entities. “The problem with microfibers is that no one wants to own it,” Zupan says. “Washing machine producers say they aren’t the source, which is true. But the fashion industry doesn’t want to own it. Then there’s the textile industry, the chemical industry—you can go back and back.”

Kevin Messner is senior vice president of policy and government relations for the Association of Home Appliance Manufacturers, which advises companies such as Whirlpool, LG, and Kenmore. He acknowledges the microfiber issue, but calls household filters a “feel-good solution that practically won’t solve the problem.” He cites inconsistent research, unreliable consumer behavior, and the inherent plastic-ness of a filter that’s also made of plastic as just a few reasons American manufacturers won’t be installing them anytime soon. “We would like to be part of the solution, but from a pure engineering and environmental perspective, we don’t see where that could lead right now.”

Since launching, however, PlanetCare has made inroads with European laundry machine manufacturers, and is working on a partnership plan, though it can’t disclose any details yet. Zupan compares washing machine manufacturers to automobile manufacturers, who are required to install catalytic converters to filter harmful compounds such as carbon monoxide out of car exhaust. Washers, Zupan says, should come with similar environmental protections. One piece of recent legislation backs that up: As of 2025, new washing machines sold in France are required to come with filters for microplastics. In the meantime, the company is expanding its retrofit business with help from a recently secured 1.6 million euro ($1.9 million) grant from the European Commission, while also seeking to close a 700,000 euro private investment round by the end of this year.

Mark Browne, an ecotoxicologist at the University of New South Wales in Sydney, says there simply isn’t enough research to back up claims around domestic filters like PlanetCare’s, the Filtrol, and even the more rudimentary Guppyfriend laundry bags. “As a scientist, you want to test the filters as best you can,” he says. “You want lots of replica washing machines, you want to simulate what the consumer is doing.” Like Lampitt, he says underfunded research prevents this.

Some side effects to filtration could cancel out the benefits, Browne says. Devices that vibrate could cause more microfibers to shed off garments; others could trip sensors in newer machines, causing them to add more water than is necessary. Plus, how often do you have to change the filters? Are the filters reusable? And where do the collected plastic fibers go?

Zupan is mulling the same questions. The filter cartridges fill up after about 20 laundry cycles, after which consumers ship them back to PlanetCare, where the returned microfibers are collected. As of last year, the team was looking at ways of repurposing the material into car upholstery; lately, they’re thinking about upcycling it into sound installation panels for washing machines. “For the fibers to go back in the machine in a purposeful manner,” Zupan says, “it nicely closes out the story.”