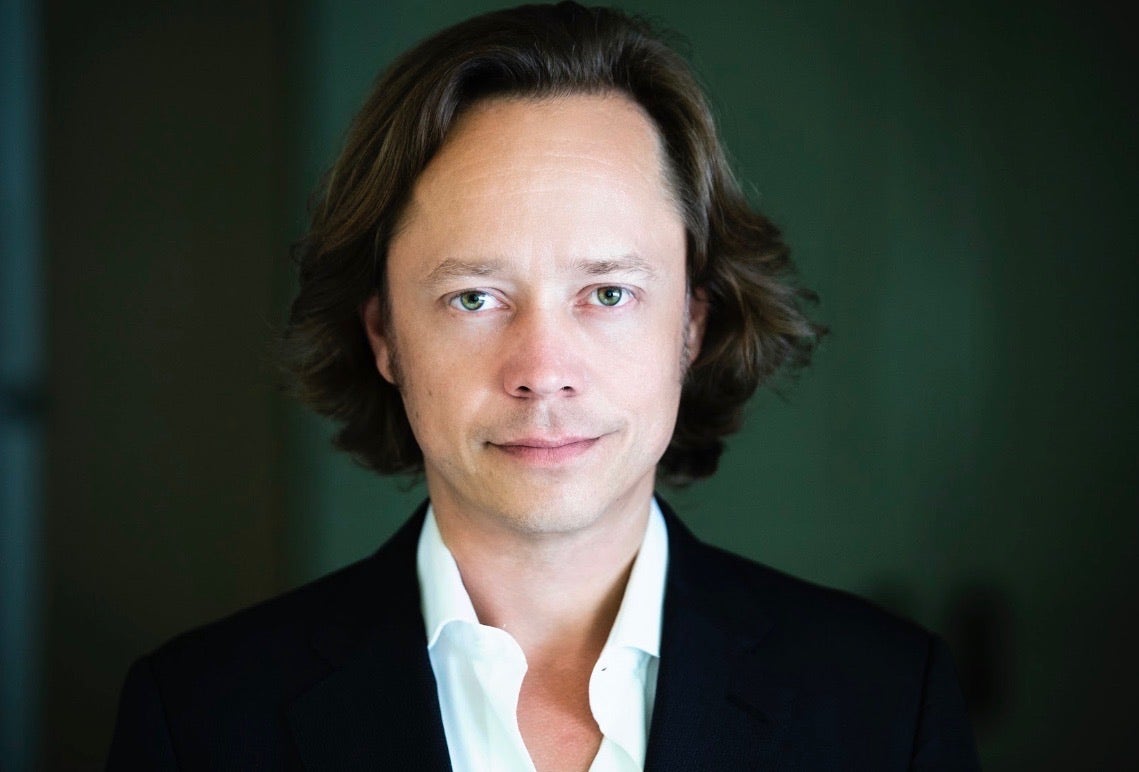 Kanye West wasn’t the only Hollywood name who announced his presidential candidacy on July 4.

Childhood Disney actor and star of the 1992 cult classic “The Mighty Ducks,” Brock Pierce, also threw his hat into the ring as an independent candidate – and is continuing to gain steam on the 2020 ballot with a tech-centered platform.

“I am very concerned about our country’s future, the nation is very divided, and we are doomed if we don’t do something different. Technology is possibly the most important issue,” Pierce, a 39-year-old father of two, told Fox News. “The U.S. is meant to be the capital of innovation, but we are falling behind. Technology is neither good nor bad, it is a tool, and it depends on how we use it.”

From his lens, the key to progress and the mandate of “life, liberty, and happiness” – as well as keeping in lockstep with rising global superpowers like China – is all in the name of cryptocurrency. Pierce says it would add trillions to the U.S. economy if implemented effectively by the federal government.

The Minnesota-born former screen sensation appeared in commercials as a small child, before scoring a young Gordan Bombay in “The Mighty Ducks” and a bevy of other prominent roles in the likes of the 1996 film “First Kid” – his first foray into Oval Office life – as well as “Little Big League” and “Ripper Man.”

But by the age of 16, Pierce had had his fill of the lights and camera – instead, moving his acting skills into the realm of entrepreneurship, venture capital and tech startups. However, he credits the early fame and fortune to pushing him into greater strides – including a virtually impossible bid for the top job.

“Performance skills don’t hurt, and public speaking skills also help,” Brock said. “I’ve also been able to really reinvent myself, and am very comfortable stepping outside the box. If it’s not mission important, I am not interested.”

Pierce – whose running mate is FINTECH leader Karla Ballard – is on the ballot in at least 15 states and is appealing to have his name surface on an additional five. By comparison, West has made it onto 12.

Last month, the retired actor recruited two-time Grammy-nominated artist, hip-hop mogul and cryptocurrency impresario Akon as his campaign manager and even received an endorsement from the New York Independence Party, which has some half a million members statewide.

“Brock Pierce is clearly the best candidate for our times. The world is changing, and we need a President of the United States who understands how to leverage science, technology, and the digital economy to improve people’s lives,” Chairman Frank MacKay said in a statement. “Brock Pierce is the kind of principled leader that can move this nation forward and create a new major party in America based in common sense and moderate policies to counteract the highly partisan nature of the current electoral landscape.”

As a teen, Pierce moved from acting and immediately into the digital entertainment space, joining as a minor partner in what he dubs the “first YouTube” – a video content platform entitled Digital Entertainment Network (DEN).

The ensuing decades saw him dip into everything from venture capital to co-founding the crypto Tether to being elected the director of the Bitcoin Foundation in 2014. Four years later, Forbes labeled Pierce one of the top 20 wealthiest people in crypto, touting an estimated net worth between $700 million and $1.1 billion.

While few may have heard about Brock’s 2020 campaign, he stands alongside some 16 others across the country whose names voters can check for commander-in-chief. Those names belong to a range for political parties such as Bread and Roses, American Solidarity, Socialist Workers Party, Prohibition Party and of course, West’s Birthday Party.

“Parties can nominate candidates for president. However, while Democratic and Republican candidates appear on all state ballots, this is not a guarantee for other third-party candidates,” explained Chris Haynes, associate professor of political science and national security at the University of New Haven. “The Green and Libertarian tickets must qualify for state-recognized party status to be able to list their party’s presidential nominees on the ballot. Candidates can also run as a write-in candidate and can also submit petition or signatures and pay a filing fee by a particular deadline to qualify for independent ballot access. Criteria vary by state.”

Us singer Akon poses backstage during the MTV Europe Music Awards at the FIBES Conference and Exhibition Centre of Seville on Nov. 3, 2019. (CRISTINA QUICLER/AFP via Getty Images)

But the fundamental reason the choice comes down to just two – the Red or the Blue – is that it is almost impossible for a non-Republican or non-Democrat candidate to win, much less win even a sizable number of electoral votes.

“(Third-party candidates) lack name recognition and media coverage, and minor party candidates seldom satisfy these criteria, and thus, the media tends not to cover them,” Haynes continued, adding they generally also lack access to presidential debates, struggle to solidify nationwide and robust party infrastructure, and resources, as well as a dearth of campaign money.

“Ultimately Americans’ general view that a vote for a minor party candidate is a wasted vote – and if you can’t win, few pay attention unless you see the one news story like this in every election cycle that presents the full race like a civics lesson,” Haynes said.

In Pierce’s case, he has shelled out over $1.2 million of his own money into his campaign and intends to continue investing. Moreover, the entrepreneur is still managing to draw donors despite being no more than a mere longshot.

“The primary reason people donate to a campaign that they know has no chance of winning is to make a point, take a moral or single issue-based stance, or as a protest vote,” Haynes pointed out. “They may also argue that the chance that their vote is the pivotal vote is so small that they would rather feel pure and good about their vote – i.e., vote for the third party – than vote for a major-party candidate that is the lesser of two evils.”

However, FEC filings also show that Pierce poured some $100,000 into Trump’s campaign and the Republican National Committee last year, which he told the New York Post was so that he could “lobby the president about Puerto Rican relief issues at a dinner with him at the home of hedge fund billionaire John Paulson.”

And the motivations behind one throwing their hat into a losing arena – dissipating large sums of money in the process – are also wide-ranging.

“Some do this for name recognition, which can help them get a future job in an administration, company or in the media. Others do it for vanity’s sake. Perhaps some do it because they are a bit delusional about their chances,” Haynes conjectured. “And some actually believe that their presence in the race will further their cause or issue by giving it prominence in the media and debate or by forcing their challengers to talk about or adopt their issue stance.”

But Pierce has no hubris notions of assuming office next year – it’s a stepping stone to what he said will be an eventual victory.

“I’m laying the groundwork, putting in place the foundation for the road ahead. We are defining an entirely new ideology; we need 21st-century solutions to solve 21st-century problems,” Pierce added. “When I set my mind to something, I am very good at getting it done. I may not be president at the end of this election, but I will be someday.”