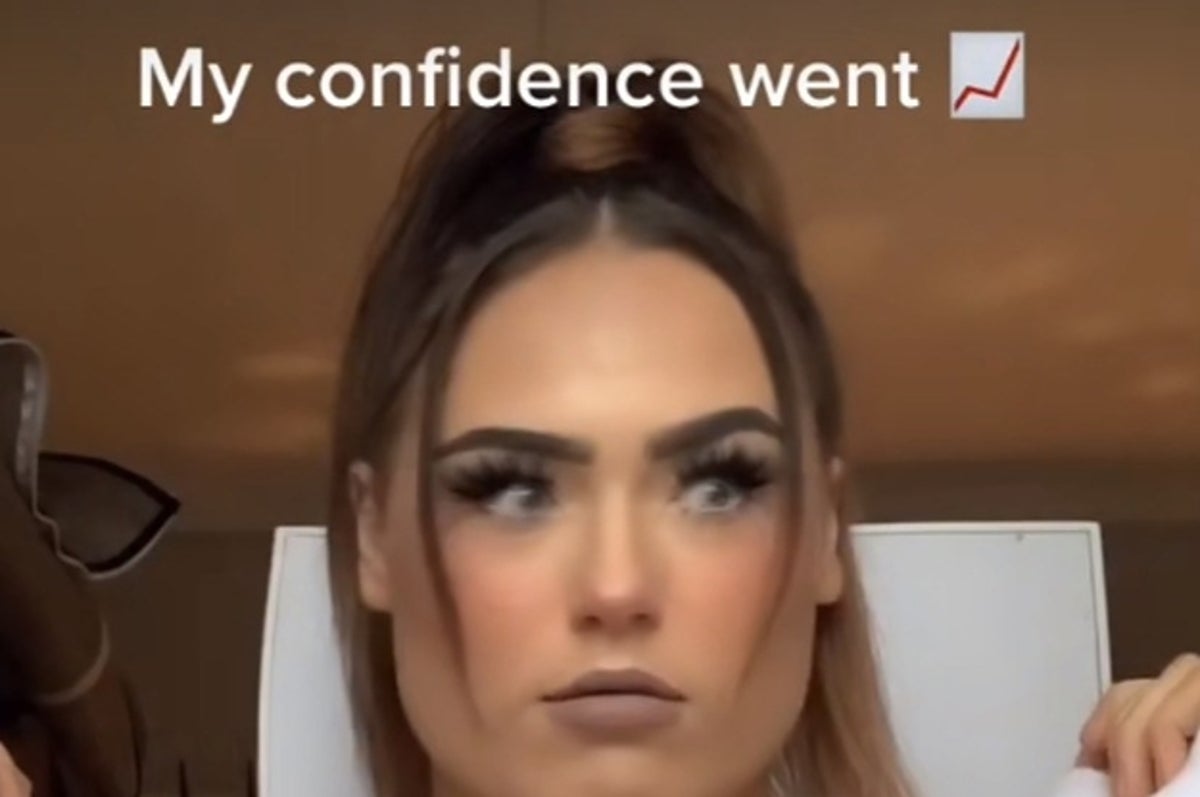 A TikTok effect that the company says was accidentally released in the UK is under fire for being used in a trend that people are calling fatphobic.

TikTok created an effect that fills out the cheeks, referred to as the “chubby face” effect. Users have been using it to envision what they’d look like if they were at a higher weight, and that’s what people have taken issue with.

The trend involves a person using the filter but then turning it off and seeming relieved they are thinner than they appeared with the filter on. These videos are usually set to the song “Eyes Blue Like the Atlantic” by Sista_Prod.

To make the point even clearer, these videos are often accompanied by captions stating that turning the effect on and off improved the poster’s self-esteem or confidence.

But for people at a higher weight or who have a round face, that doesn’t feel very nice.

Moira Bryson is a 20-year-old TikToker from LA who posted a response to the “chubby face” videos.

“I hate this trend so much,” she wrote. “Why are you so afraid to have a face like mine?”

“Sometimes we forget that making fun of yourself sometimes means you’re making fun of others’ features, even if you don’t mean it,” she told BuzzFeed News.

“It hurts to see your features being made fun of.”

She said she’s seen people doing the trend with other effects that make your face cartoonishly distorted, which is fine, but using this effect in particular clearly makes it about weight.

“It’s fine that you don’t want to gain weight, but you don’t need to make that known,” she said, “especially when our world is so against people that are bigger.”

“It makes me feel bad too because I have a rounder face and a bigger jawline. It makes me look at it and go, they don’t want to look like me because they think there’s something wrong with the way I look.”

TikTok told BuzzFeed News the effect was only supposed to be available in certain markets, such as East, West, and South Africa.

“Healthy, filled-out cheeks are perceived differently in different cultures and markets,” a spokesperson told BuzzFeed News. “We have a review process in place wherein our global team reviews filters and effects that we think would be popular and appropriate in specific markets/local regions.”

In this case, however, the spokesperson said the effect was “inadvertently and temporarily made available in the UK” and has since been removed.

There has been backlash to the trend on TikTok, with people calling it out in the comments on videos that use it.

While TikTok does have many body- and fat-positive users, seeing them really depends on what the algorithm decides to put on the For You page. Bryson said that while she does see positive posts, this trend still popped up in her feed.

“I just want people to know that it just really hurts and just to, like, think before they post,” she said.