Passing of Justice Ginsburg and the Future of the TCPA? 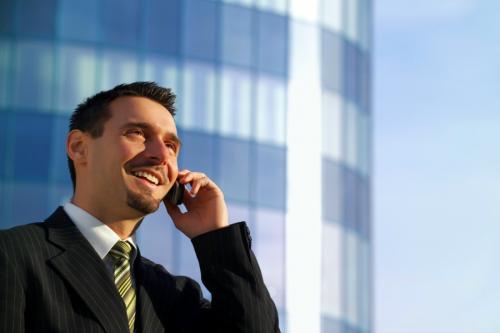 The passing of U.S. Supreme Court Justice Ruth Bader Ginsburg will likely bring with it many shifts in the Court on key issues, among which are matters regarding the Telephone Consumer Protection Act (TCPA), most imminently –  what qualifies as an auto dialer. The TCPA has been ever evolving in recent years as courts and legislatures attempt to keep pace with changes in technology.

When the TCPA was enacted in 1991, most American consumers were using landline phones, and Congress could not begin to contemplate the evolution of the mobile phone. The TCPA defines “Automatic Telephone Dialing System” (ATDS) as “equipment which has the capacity—(A) to store or produce telephone numbers to be called, using a random or sequential number generator; and (B) to dial such numbers.” 47 U.S.C § 227(a)(1). In 2015, the Federal Communications Commission (FCC) issued its 2015 Declaratory Ruling & Order (2015 Order), concerning clarifications on the TCPA for the mobile era, including the definition of ATDS and what devices qualify. The 2015 Order only complicated matters further, providing an expansive interpretation for what constitutes an ATDS, and sparking a surge of TCPA lawsuits in recent years.

This past July the Supreme Court accepted petition for review of a Ninth Circuit ruling on the issue of whether the definition of “ATDS” in the TCPA encompasses any device that can “store” and “automatically dial” telephone numbers, even if the device does not “us[e] a random or sequential number generator.” The Supreme Court’s decision should help resolve the circuit split and provide greater clarity and certainty for parties facing TCPA class action litigation.

President Trump’s recent nomination of Seventh Circuit judge Amy Coney Barrett could be particularly impactful on the issue of defining ATDS under the TCPA.  In February of this year, Judge Barrett authored an opinion in which the Seventh Circuit narrowly held that the TCPA’s definition of Automatic Telephone Dialing System (ATDS) only includes equipment that is capable of storing or producing numbers using a “random or sequential” number generator, excluding most “smartphone age” dialers. The Seventh Circuit court expressly rejected the Ninth Circuit’s more expansive interpretation from a ruling in 2018 (currently under review by the Supreme Court), concluding that the TCPA covers any dialer that calls from a stored list of numbers “automatically”. These rulings are significant as most technologies in use today only dial numbers from predetermined lists of numbers.

In the Seventh Circuit case’s fact-pattern, the plaintiffs alleged that they had received over a dozen unsolicited calls over a one-year period, from the defendant. While the defendants acknowledged that that they had indeed placed the calls, they argued that this was not a TCPA violation, as their calling system required too much “human intervention” to qualify as an ATDS. Judge Barrett highlighted in the Seventh Circuit ruling that accepting the plaintiffs’ arguments against the defendant’s dialing system would have “far-reaching consequences…it would create liability for every text message sent from an iPhone. That is a sweeping restriction on private consumer conduct that is inconsistent with the statute’s narrower focus”.

Given Justice Ginsburg’s history as a proponent of protecting a consumer’s right to bring a class action both within the TCPA context and beyond, she very well may have supported a broader reading of the definition of ATDS. Whether Judge Barrett ultimately becomes Justice Ginsburg’s replacement remains to be seen, but anyone interested in the Supreme Court’s review of an ATDS under the TCPA should be following this development.