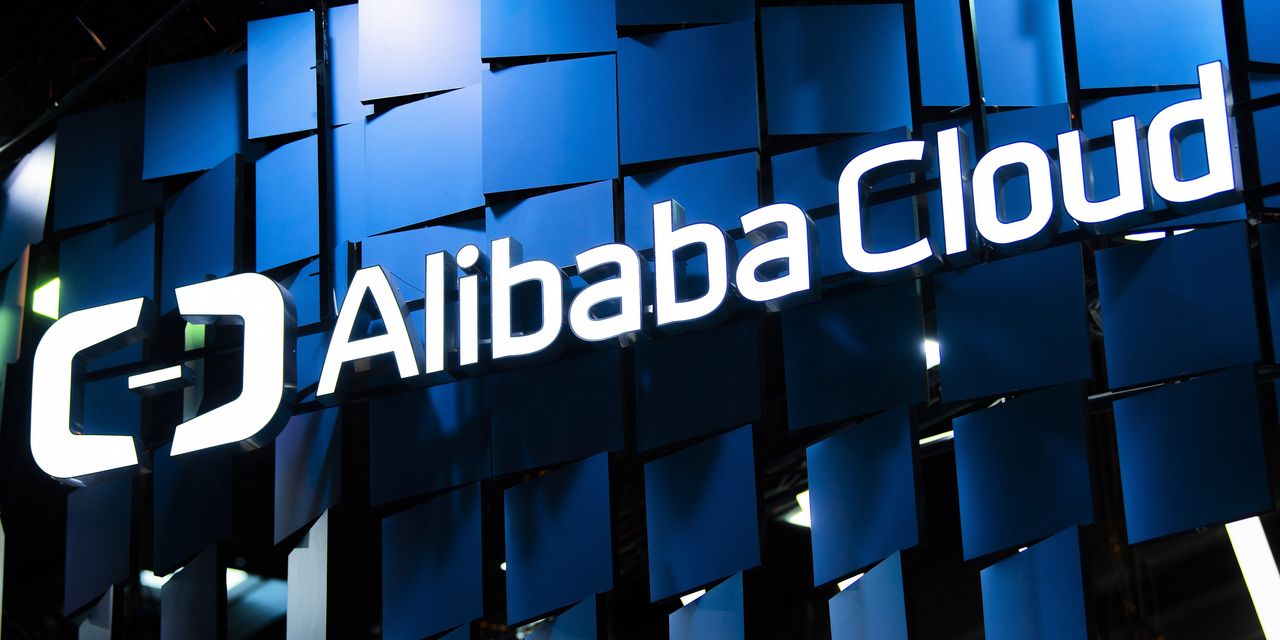 Spending on China-based cloud services hit a record high in the second quarter as Chinese companies increased the use of online business tools in the aftermath of the coronavirus pandemic.

The gains were buoyed by Chinese government restrictions on foreign technology firms and growing trade tensions with the U.S., which has kept many of the world’s largest cloud providers from competing in the Chinese market, industry analysts say.

Companies in China spent a record $4.3 billion on cloud services in the first half of the year, up 70% from the same period a year ago, according to estimates by research firm Canalys.

Part of that growth was fueled by an increased use of online information-technology tools by businesses during the Covid-19 outbreak as employees began working from home, Canalys said. Broadband adoption has also expanded across the country in recent years, it said.

As of June, China accounted for an estimated 12.4% of the global cloud market, up from 9.6% in the year-earlier period, the research firm said.

took in about 40% of total cloud spending in China in the second quarter, more than double its closest rivals, including Huawei Technologies Co. and

“The cloud market is growing quickly in China in part because individual and business broadband adoption is still growing at a robust pace,” said Rob Atkinson, president of the Information Technology and Innovation Foundation, a Washington-based think tank for technology policy. The group’s board includes officials from

and other U.S. cloud providers.

Mr. Atkinson said the Chinese government is actively pushing companies into digital business models by shifting their IT systems into the cloud. China’s big cloud providers are also benefiting from government-led investments in smart cities and smart health-care, initiatives that boost the use of digital technologies in public services, he said.

In a report this week, Mr. Atkinson’s group called on federal lawmakers to increase public-sector funding for tech R&D in the U.S., citing heated competition from China.

The rapid growth of cloud spending in China is expanding the global footprint of Alibaba and Tencent, the country’s two largest providers.

The world-wide cloud market reached $44.5 billion last year, up 37.3% from 2018, according to IT research and consulting firm

Gartner estimates that Alibaba’s cloud business last year expanded by roughly 62% from 2018, grabbing 9.1% of the global market—making it the world’s third-largest cloud provider behind front-runners Amazon and Microsoft, but ahead of

Over the same period, Tencent grew its cloud services by more than 100%, capturing 2.8% of the world market, Gartner said.

“The China-based providers are operating in a somewhat protected market, which is also contributing to their growth,” said Gartner Vice President Sid Nag.

He said China’s highly regulated market makes it hard for Amazon, Microsoft and Google to compete for Chinese customers. As China-based firms expand outside of the domestic market, Mr. Nag added, “this will put pressure on the North American-based providers, who will in turn see natural market share erosion as a result.”

But rising trade tensions between China and the U.S. are likely to curb the international growth of Chinese cloud firms, at least for now, said Larry Carvalho, research director of platform as a service at technology research firm International Data Corp.

“The main aspect would be geopolitical considerations for Alibaba, who may be blocked from several larger markets,” Mr. Carvalho said. “While Alibaba is very successful in the China market, they may not be able to make a substantial difference elsewhere,” he said.

The Trump administration has targeted Chinese technology firms, including Tencent and Huawei, with a series of trade restrictions and bans, citing concerns over data security.

Earlier this year, U.S. Secretary of State Mike Pompeo announced an initiative to exclude Chinese tech companies, including cloud providers, from internet infrastructure used by the U.S. and other countries.

China in response this week launched its own program to set global standards on data security.

Mr. Atkinson said uncertainty around the back and forth between Washington and Beijing likely has many U.S. firms wary of working with Chinese cloud providers.

Write to Angus Loten at angus.loten@wsj.com