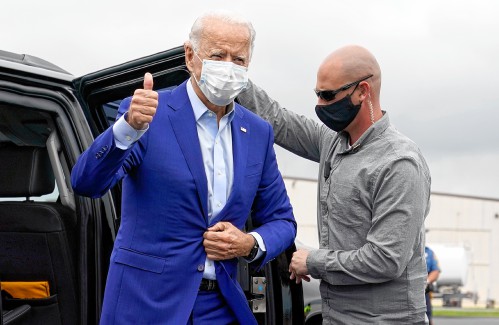 Imagine, if you would, that it is Jan. 21, 2021, and that Joe Biden is president of the United States. The nation awaits his first executive order – a formal presidential decree, binding on the executive branch, that directs departments and agencies what to do.

At 9 a.m., the executive order appears. Its name? “Scientific Integrity.”

Here are its opening words:

“Science and the scientific process must inform and guide decisions of my Administration on a wide range of issues, including improvement of public health, protection of the environment, increased efficiency in the use of energy and other resources, mitigation of the threat of climate change, and protection of national security.”

“The public must be able to trust the science and scientific process informing public policy decisions. Political officials should not suppress or alter scientific or technological findings and conclusions. If scientific and technological information is developed and used by the Federal Government, it should ordinarily be made available to the public.”

But that’s just the start.

It requires federal agencies to put new procedures in place, designed “to identify and address instances in which the scientific process or the integrity of scientific and technological information may be compromised.”

To ensure that political leaders do not politicize science, it calls for protection of whistleblowers.

It mandates that the selection of job candidates for science and technology positions must be based not on politics or ideology, but “on the candidate’s knowledge, credentials, experience, and integrity.”

It calls for peer review of scientific findings used by the executive agencies.

It requires agencies to “make available to the public the scientific or technological findings or conclusions considered or relied on in policy decisions.”

Does this sound too good to be true? A bit of pie in the sky?

It’s not. On March 9, 2009, President Barack Obama issued that very executive order. (I was working at the time in the Executive Office of the President as an adviser in the Office of Management and Budget.)

Many people are rightly concerned that the administration of President Donald Trump has not respected science or appreciated the need to ensure that political preferences do not interfere with it. If Biden is elected, he should make a prompt commitment to scientific integrity.

But it wouldn’t exactly be energizing for him to reissue an executive order from his former boss. And it will be 2021, not 2009. Surely the U.S. has learned something since that time?

Here’s the most important thing we have learned: With respect to scientific integrity and respect for expertise, institutions matter. Paper commitments to scientific integrity are not useless. But under both Republican and Democratic administrations, they might turn out to be what James Madison described, in 1788, as “parchment barriers against the encroaching spirit of power.”

In particular cases, high-level officials might override the science, or silence science and scientists, or cherry-pick scientific findings to support and reflect their ideological commitments.

To reduce that risk, the Biden administration should issue a new executive order on scientific integrity. Among other things, a new order should explicitly say something that the Obama order does not: scientific judgments must be clearly and cleanly separated from political judgments.

The new order should give greater authority to the White House Office of Science and Technology Policy, explicitly ensuring its participation in executive branch decisions with scientific components (including, for example, regulatory decisions involving air pollution, climate change, and carcinogens).

Even more fundamentally, it should also require all federal agencies that develop or use scientific findings to have a designated officer on scientific integrity, with specified responsibilities.

The officers should be high-level civil servants, not political appointees. Their job would be to ensure compliance with the principles in the new order, and they should be given the power to do that job. In cases of possible violation of the governing principles, they should be empowered to engage with the Cabinet heads in charge of their agencies.

In every case, the agency’s officer on scientific integrity would report directly to the head of the Office of Science and Technology Policy. The officers should be asked to write annual reports, posted publicly and detailing steps taken at their agency to promote scientific integrity, and to be candid about problems and challenges.

The basic idea has precedents. In 2017, for example, Trump established “regulatory reform officers” at agencies, designed to ensure compliance with his administration’s regulatory philosophy. That was a smart bet. Those officers are asked to “regularly consult with agency leadership” – which gives them internal clout.

If there is a Biden administration, it’s going to have to do a ton of work to give a boost to experts within the executive branch, and to strengthen the commitment to scientific integrity. Doing that will not only improve decisions, it will also encourage more experts to work for the federal government. We are going to need that.

A new executive order, issued prominently and early on, would be a great help. And as in 1788, so in 2021: Parchment barriers must be accompanied by institutional reform.

(Cass Sunstein is the author of “The Cost-Benefit Revolution” and a co-author of “Nudge: Improving Decisions About Health, Wealth and Happiness.”)