operating system could come to smartphones in 2021 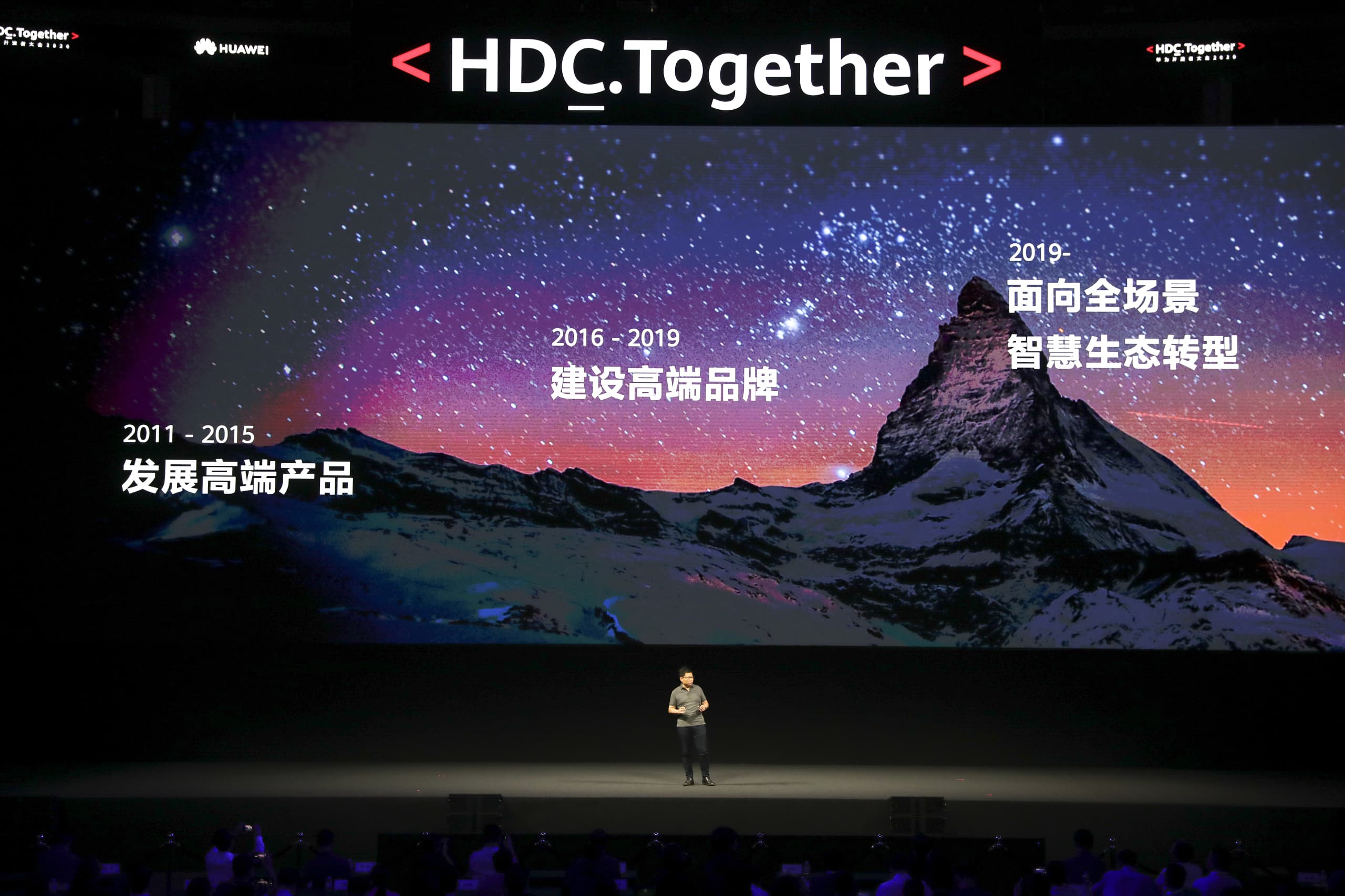 Richard Yu, CEO of the consumer division at Huawei, delivers a keynote at the Huawei Developer Conference on September 10, 2020. Huawei launched the second version of its HarmonyOS operating system.

GUANGZHOU, China — Huawei launched the second version of its own operating system on Thursday, pushing it to third-party device makers as it looks to create a viable alternative to Google’s Android.

Last year, Huawei took the wraps off HarmonyOS, its own cross-device operating system. It came after the company was put on the U.S. Entity List, a blacklist that restricted some U.S. companies from selling their products to the Chinese tech giant.

Google suspended business activity with Huawei, forcing the firm to release flagship smartphones without a licensed version of the U.S. company’s Android operating system. That’s not a big deal in China where Google services like Gmail or search are blocked. But, it is important in Huawei’s international markets where consumers are used to using such apps.

While Huawei became the number one smartphone maker in the world in the second quarter, most of that was thanks to the China market with its huge population, while international markets saw a sharp decline.

The latest move is designed to bolster the number of developers on board by increasing the amount of users of HarmonyOS. Ultimately, a strong developer and user base would benefit Huawei if it eventually uses HarmonyOS on its own smartphones, something it has not done yet.

Huawei touts HarmonyOS as a mobile operating system that can work across a number of different devices. Developers only need to create one version of the app that ports across multiple pieces of hardware, the company claims.

On Thursday, Huawei launched HarmonyOS 2.0 and said that a beta version of the operating system will be open to developers for devices like smartwatches, TVs and in-car head units from September 10 and for smartphones in December.

From those dates, developers will be able to experiment and develop apps for HarmonyOS.

“Maybe starting from next year we will see smartphones with HarmonyOS,” Richard Yu, CEO of Huawei’s consumer division, said during a keynote speech on Thursday.

Huawei’s own smartphones do not use HarmonyOS yet.

Bryan Ma, vice president of devices research at IDC, said that device makers might be interested in having HarmonyOS as a “fallback option” in case they face similar bans on using Google. But they might not necessarily want to work with Huawei.

“On the other hand, they’ll think twice about working with an arch-rival that has so aggressively competed with them in China over the past year. I think they will explore their options but not commit until there is more clarity on how U.S. policy might change next year,” Ma told CNBC by email.

The two biggest mobile operating systems right now — Google Android and Apple’s iOS — have become successful because they have millions of developers making apps for their respective app stores.

Huawei is working on building up its base of high-quality apps. By opening HarmonyOS to more devices, Huawei will be hoping to get the operating system across as many devices as possible and increase the number of users. That will make it more attractive for developers to make apps. If Huawei does eventually use HarmonyOS on its own smartphone, it will want an operating system that is as strong as possible.

The Chinese giant has its own app store and other services like maps under a banner called Huawei Mobile Services (HMS). HMS is similar to Google Mobile Services and offers developers kits that can be used to integrate things like location services into apps.

Huawei said 96,000 apps are integrated with HMS, up from 60,000 in May, the last time they publicly released such a figure. There are also 1.8 million developers on board, up from 1.4 million in May.

“We would like to be the bridge in between,” Yu said.

What’s unclear at this point is when Huawei might launch HarmonyOS on its own smartphones, a need that has become more pressing since being cut off from Google last year.

Experts previously cast doubt over the potential success of HarmonyOS in international markets given the fact it doesn’t have key apps such as Spotify or Netflix and its unlikely Google will put its own apps on Huawei’s software.

Meanwhile, Huawei is facing issues beyond software. The U.S. amended a rule which requires foreign chipmakers using American equipment to manufacture components to get a license from Washington before being able to sell semiconductors to Huawei. This has cut Huawei off from its main manufacturer of chips, TSMC, a move that could have huge implications for its ability to make smartphones and other devices. Huawei also has very few alternatives.