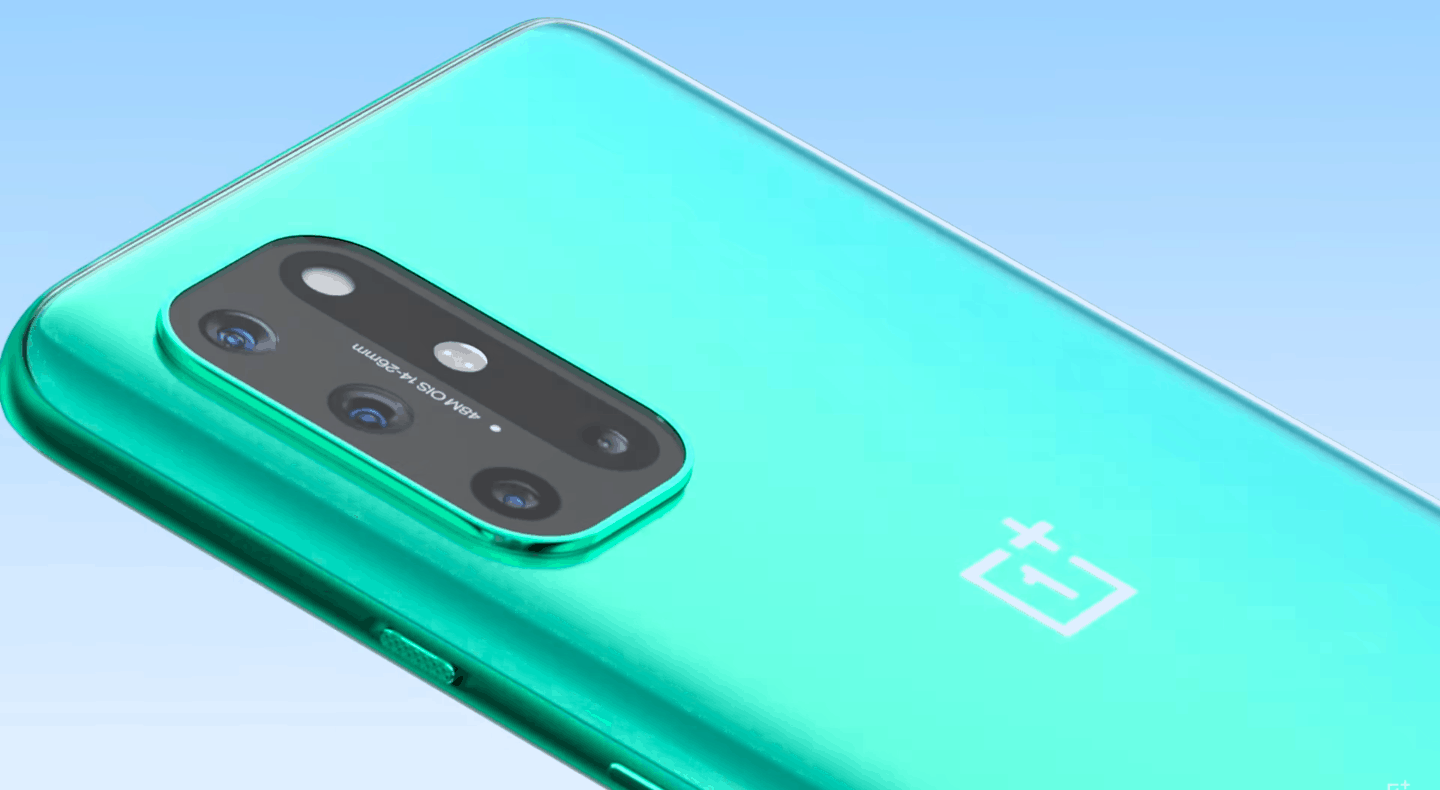 OnePlus will officially unveil the OnePlus 8T smartphone on October 14th. With the virtual launch event just around the corner, the OnePlus 8T camera specifications are now leaked online. According to leakster Mukul Sharma, OnePlus 8T will sport a quad-camera setup on the rear.

It will be the first non-Pro smartphone from OnePlus to come stacked with four camera sensors on the rear. The company will continue using the 48MP Sony IMX586 sensor as its primary camera. Introduced with the OnePlus 7 in May 2019, the Sony IMX586 is part of every flagship OnePus smartphone from then on.

The OnePlus 8T also features a 16MP ultra-wide-angle camera, a 5MP macro camera, and a 2MP black and white camera. From the leaked images, the LED flash on the rear is accompanied by one more circular element. As of now, its purpose is not yet known, but one could assume it is for color correction.

On the front, the OnePlus 8T comes equipped with a 16MP Sony IMX471 selfie camera. Even the Sony IMX471 is first introduced with the last year’s OnePlus 7 series. Compared to the OnePlus 8 launched earlier this year, there shouldn’t be a big difference in the camera performance of the upcoming OnePlus 8T.

Interestingly, the company is not bringing back the telephoto camera which was offered with the OnePlus 7T.  The OnePlus 8T packs a 4,500mAh battery and supports the latest Warp Charge 65 fast charging technology. The company claims the device will fully charge from 0 percent to 100 percent in just 39 minutes.

Unlike the Pro variant, there is no wireless charging option on this upcoming device. It runs on the latest Android 11-based OxygenOS 11 out of the box. Under the hood, the device will come powered by the flagship 7nm Qualcomm Snapdragon 865 mobile platform coupled with at least 8GB of RAM and 128GB of internal storage.

It also sports a Super AMOLED display with a 120Hz high refresh rate. Just like its predecessor, the new OnePlus 8T will also feature a flat panel display. With all these specifications, it weighs 188 grams and measures 8.4mm in thickness.