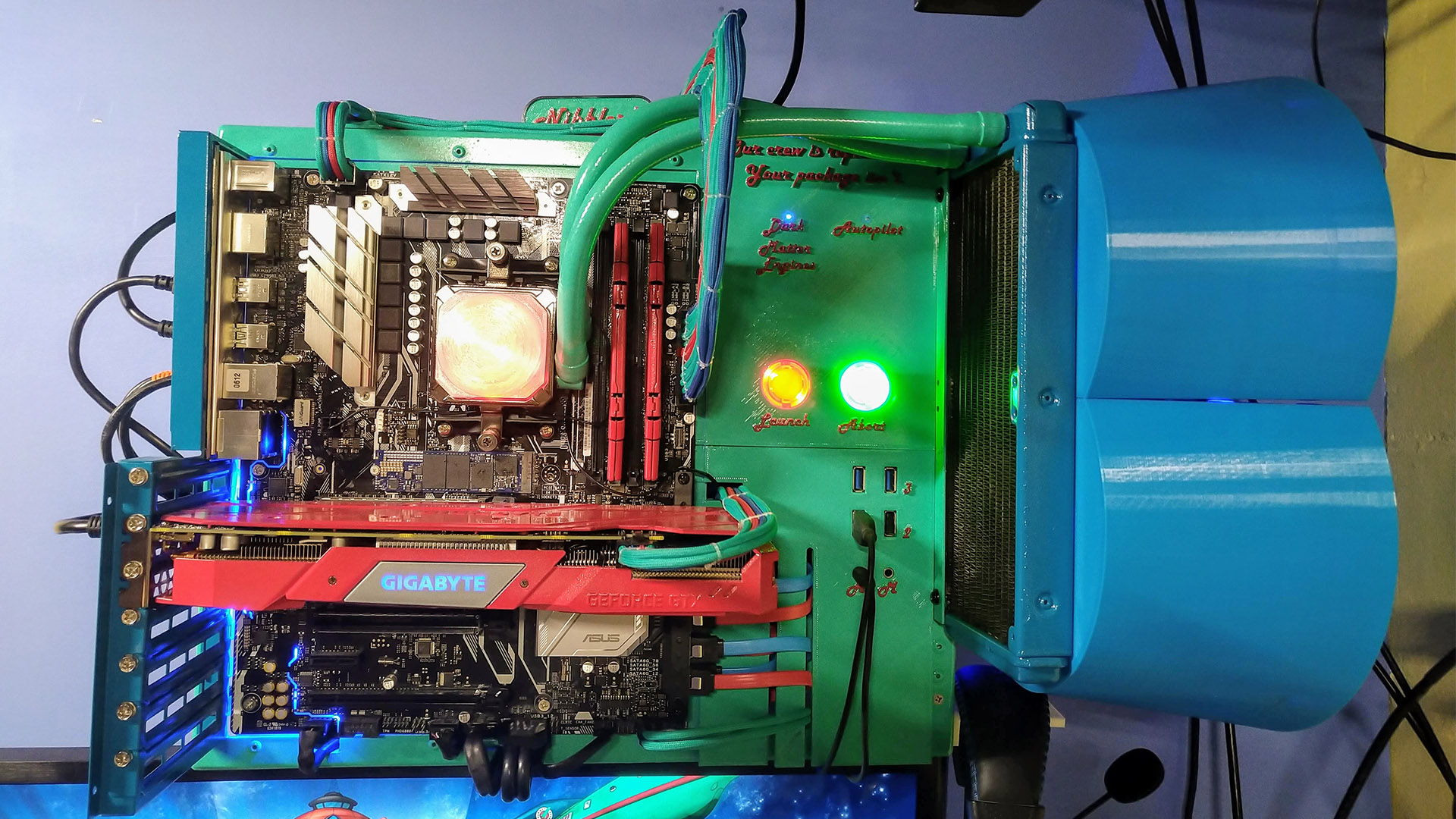 For a series that met the hand of cancellation twice, Futurama sure has made a lasting impression on its fans. Exactly seven years after its final goodbye this month, Reddit user Cmslick3 invites you to bite his shiny metal hard drives with a Planet Express ship-inspired custom PC build, packed with plenty of gaming hardware.

An AMD Ryzen 2700x sits at the helm, co-piloted by a Gigabyte 1660 Ti on an Asus Prime X370 ATX motherboard. Sadly, the 16GB G.Skill 3,200MHz RAM can’t quite achieve its full potential due to limitations of the latter, but it is plenty fast enough at 2,933MHz instead. The operating system and other core programs sit on a Crucial 256GB m2 SSD, while several WD and Hitatchi HDDs handle everything else.

White not an exact replica of the Planet Express ship, the shrouded Thermaltake 140 ring fans at the rear give the build some authenticity, resembling exhausts. These help cool the radiator of the Corsair H100i AIO CPU cooler, which also adds to the sci-fi aesthetic. We’re just glad it’s not powered by Nibbler’s droppings, instead leaning on a Corsair CX650M for that job.

Cmslick3 told us that the project was five years in the making, but only took three weeks to realise once the raw materials were gathered. This is especially impressive considering the wall-mounted backplate and GPU are all custom painted with the ship’s signature green and red theme, respectively, and the Corsair H100i cooler sports a 3D printed cover modeled by the creator himself.

He admits that the cooling is slightly “suboptimal” with the orientation of the radiator, but it is a necessary sacrifice to complete the look. Temperatures don’t suffer too much as a result of this and its open-case design, sitting at around 50°C in stress tests and 60°C when using [email protected], although thermal imaging cameras detect 70°C VRMs from time to time. Still, it’s perfectly suitable for NAS, Plex, gaming, and a variety of other tasks 24/7, apparently. 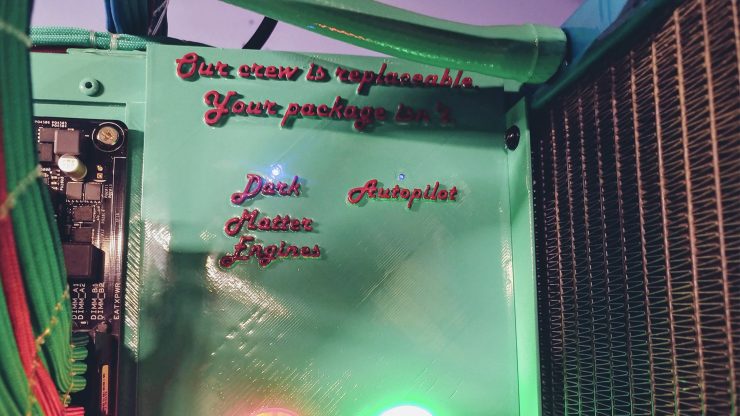 The diner-style typography might remind you of Fallout instead of Futurama with its 1950s style, but it harkens back to the popular episode ‘Roswell That Ends Well’, where the crew travels back in time to 1947. It’s a nice, subtle touch sure to please fans of the show.

Even if you aren’t nostalgic for Futurama, the cable management of this system is sure to make even the most experienced PC builder jealous. All it’s missing now is a good old-fashioned doomsday device and some lasers to give it that Professor Farnsworth touch.