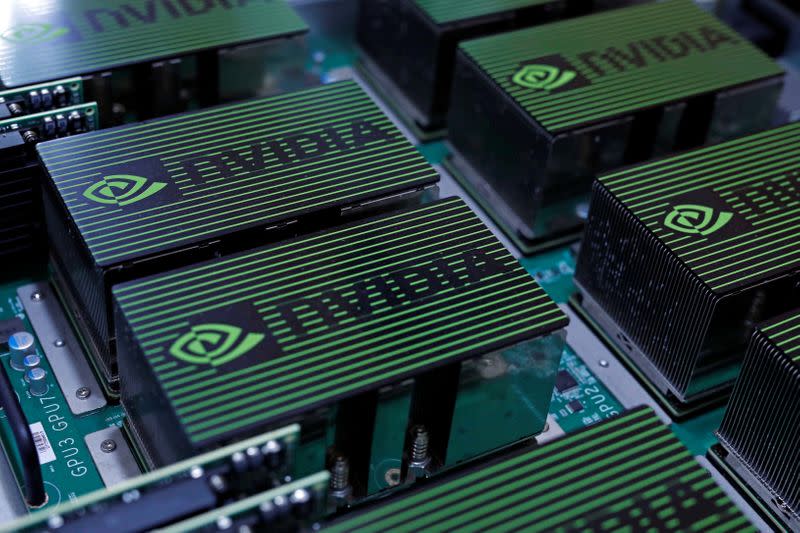 (Reuters) – Nvidia Corp <NVDA.O> on Monday laid out a multi-year plan to create a new kind of chip for data centers, aimed at siphoning off more functions from its chief rival Intel Corp <INTC.O>.

Models with limited features will debut in months, while full-fledged versions are planned within two years, Nvidia said in a press briefing. Server companies such as Dell Technologies <DELL.N> and Lenovo Group Ltd <0992.HK> plan to integrate them into their machines, it added.

Nvidia chips have long been used to improve video game graphics, but in recent years they have helped to speed up artificial intelligence tasks such as image recognition. The chips typically sit alongside an Intel central processor, offloading some of the computing work.

Using artificial intelligence, the chips could detect hackers trying to break into a data center, said Manuvir Das, Nvidia’s head of enterprise computing, in the briefing. The chips would review network traffic for unusual patterns and seek to block it proactively.

Previously such functions would have required a combination of chips.