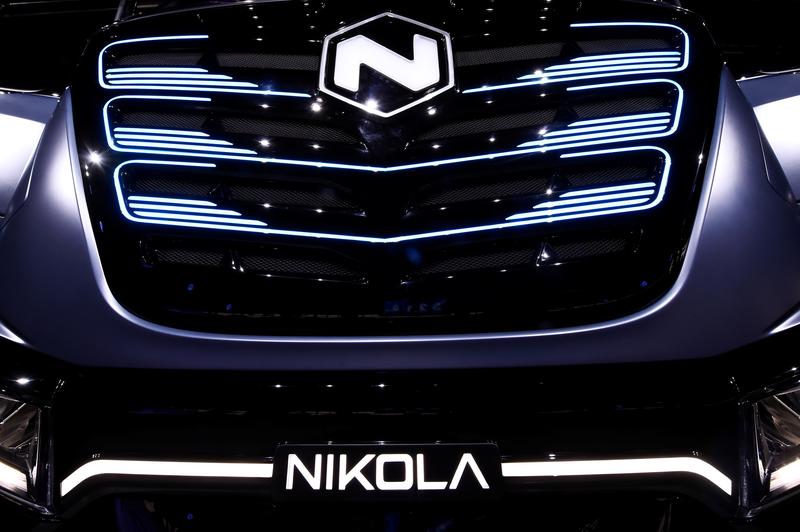 (Reuters) – Nikola Corp said on Friday it could take legal action against Hindenburg Research, a day after the short-seller issued a scathing report accusing the electric truck maker of being a “fraud”.

Hindenburg had shorted the stock on Thursday and said it had gathered enough evidence to show that Nikola founder Trevor Milton made false statements about possessing proprietary technology to form partnerships with large automakers. The short-seller also accused Milton of nepotism.

“To be clear, this was not a research report and it is not accurate. This was a hit job for short sale profit driven by greed,” Nikola said in a statement. “We have nothing to hide and we will refute these allegations.”

The Phoenix-based company said it intended to bring the actions of the activist short-seller, along with evidence and documentation, to the attention of the U.S. Securities and Exchange Commission.

Hindenburg founder Nathan Anderson said in a statement on Friday that his firm would welcome a lawsuit by Nikola.

“The company answered none of the 53 questions we raised in our report after promising a full rebuttal,” he said.

“We are pleased that Nikola is engaging with the SEC and we are not surprised that Trevor Milton is not commenting further on advice of counsel.”

Milton tweeted on Friday that Hindenburg’s questions are “easy to comment on”, and he will release a detailed response soon.

Nikola said it had hired law firm Kirkland & Ellis to evaluate its options.

“Congrats to Hindenburg for exposing what appears to be a total fraud with $NKLA,” Citron tweeted, adding that the short seller will cover half of all legal expenses for Hindenburg. (bit.ly/3hlknn3)

Nikola’s shares were last down more than 15%, after closing down 11% on Thursday. The stock has nearly erased all the gains since Nikola announced a partnership earlier this week with General Motors, which took an 11% stake in the company.

Nikola has said that it had been “vetted by some of the world’s most credible companies and investors.”

Milton on Friday shared some pictures of work in progress at a company facility in Germany.

GM said on Thursday after the Hindenburg report was released that it stood by the comments it had made in announcing the alliance and it was “fully confident” in Nikola.