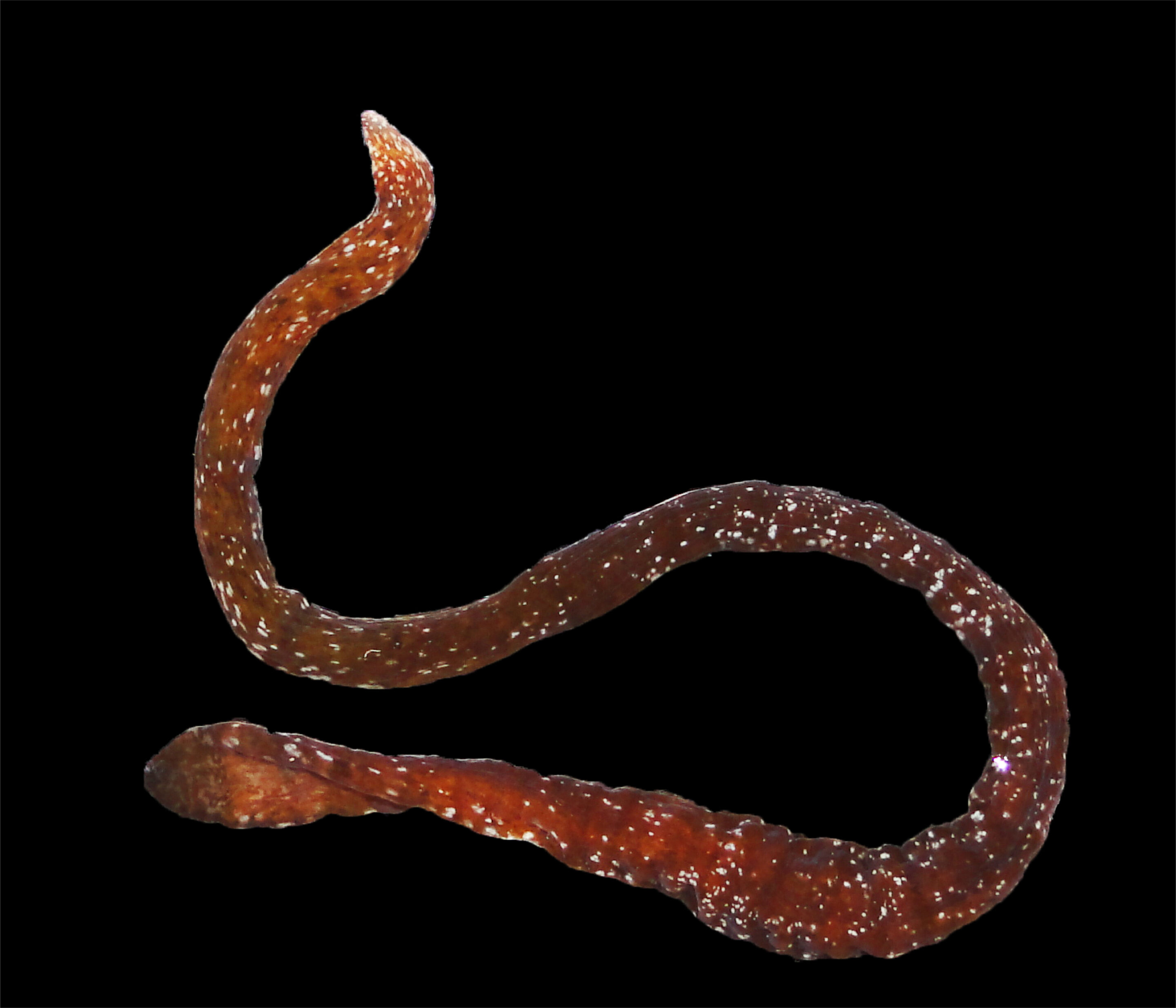 As Natsumi Hookabe snorkeled around Panama’s Bocas del Toro archipelago, during the Smithsonian Tropical Research Institute’s Training in Tropical Taxonomy program, she encountered an unusual ribbon worm or nemertean: large and dark colored, with numerous pale spots. It was her first field trip outside of Japan, so she wondered if it was a rare species or just one that she had never seen before.

Natsumi had been interested in worms since childhood, but when nemerteans were introduced during a university course, she was hooked.

“I was mesmerized by their body movement while crawling, which involves beautiful muscular waves,” she recalled. “This led me to pursue nemertean biology for my bachelor’s and master’s degrees.”

She then found out about the Training in Tropical Taxonomy workshop offered by the Smithsonian Tropical Research Institute (STRI) in Panama, and did not have to think for long before flying from Tokyo and plunging into the warm waters of the Caribbean in the Bocas del Toro archipelago.

The two-week course, supported by the U.S. National Science Foundation, teaches skills for the identification of understudied marine organisms, including nemerteans. It also offers an opportunity for students to make connections with other researchers from around the world.

“Hosting the courses has been a really fantastic way, not just to train the next generation of biodiversity researchers, but to also have the Bocas fauna carefully surveyed and identified by experts,” said Rachel Collin, STRI staff scientist and director of the Bocas del Toro Research Station. “Over the years this has led to the discovery and description of many new species in Bocas del Toro. For some groups, Bocas has the most documented species for anywhere in the Caribbean.”

During her stay in Bocas del Toro, Natsumi met Maycol Madrid, a biologist and assistant in Dr. Collin’s lab. She quickly noted Maycol’s deep knowledge about Japanese culture. In their spare time, they talked about Japanese manga, anime, and games and taught each other Japanese and Spanish words, respectively.

When Natsumi collected the unusual-looking nemertean, she knew she wanted to study it further in her lab in Japan, but this required sorting out a few bureaucratic processes. Maycol jumped in and lent his hand in getting the permissions to collect specimens, transportation to Japan, among other tasks.

All these efforts paid off: what seemed at first sight like a rare worm to Natsumi, turned out to be a new species of nemertean.

“Without Maycol’s help, my trip would not have been as successful as it actually was,” said Natsumi. “I really appreciate his sincere assistance throughout the period of my stay in Bocas.”

She recently described the new species in the journal Marine Biodiversity, and named it Euborlasia maycoli sp. nov. after Maycol Madrid, as a token of appreciation for all his help. This new Panamanian species became the first Caribbean representative of the genus.

“For me it was a great surprise that Natsumi decided to name the new species of Euborlasia in my honor,” said Maycol. “It fills me with great pleasure, knowing that I was somehow able to help Natsumi in the discovery of this new species.”

Citation:
New nemertean species found in Panama represents the first of its genus from the Caribbean (2020, September 24)
retrieved 24 September 2020
from https://phys.org/news/2020-09-nemertean-species-panama-genus-caribbean.html