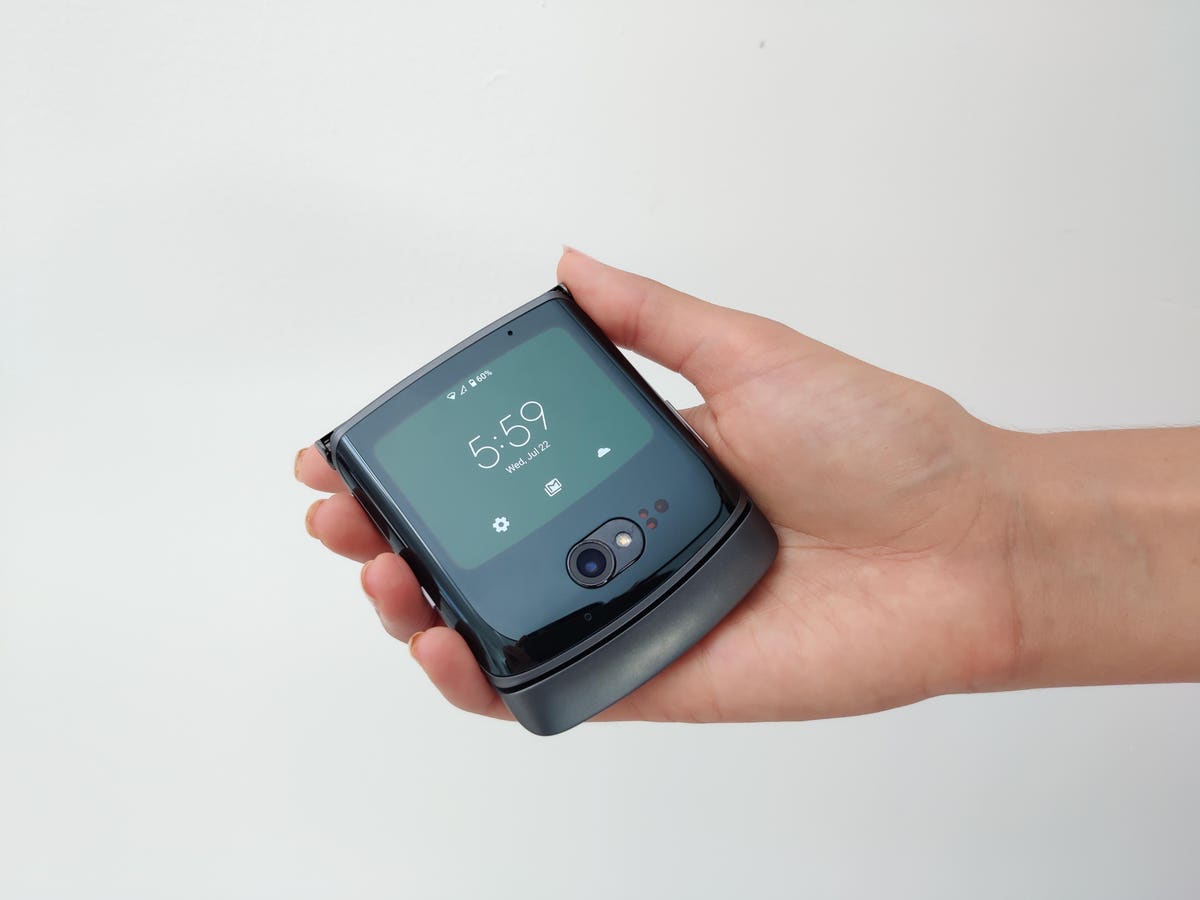 Motorola’s Razr is back (again) and it’s packing a more impressive specification list.

The Lenovo-owned company has launched an upgraded version of the foldable Motorola Razr called the Razr 5G. The original debuted earlier this year to mixed reviews, but the new device seeks to address some of those criticisms with improved specifications.

There’s also a larger 2800mAh battery (up from 2510mAh) to cope with the additional drain 5G brings, whilst also addressing one of the main criticisms of the original model. Motorola is keen to talk up the improved functionality of the cover screen, which it calls the “quick view” display, that now has more uses.

New gestures like swiping right right will launch the camera app, messages can be replied to with a full keyboard and the apps that appear on the smaller screen can be customised. The idea is that improved functionality on the quick view display will save battery by negating the need to open up the full phone to use certain apps.

In terms of design, it’s a lighter device than its predecessor at 192g (versus 205g), there’s a less pronounced chin, an updated hinge system and the fingerprint reader has been moved to the back.

The hinge was one of the key problem areas for the Razr that released in February, with CNET putting the device through a folding machine that found it began to fail after 27,000 folds. In comparison, Samsung’s Galaxy Fold made it to 119,380 folds before it gave up. The Razr 5G’s new hinge, however, has been designed to withstand 200,000 flips, according to Motorola. The company explained that this should be more than enough for average or power users.

“We found an average user flips razr 40 times per day, while power users flip razr 100 times a day. Our flip cycling test showed razr is designed to withstand up to 200,000 flips, meaning it would take a power user over 5 years to reach that level of use.” Motorola explained.

One thing I noticed during the pre-brief presentation I attended last week was that Motorola used the phrase “intentional” more than once to describe the clamshell design. This is clearly an indirect jibe at other book-shaped foldable devices like Samsung’s Galaxy Z Fold 2, which is a bulkier phone that folds out into a tablet, rather the Razr’s compact frame that folds out into a normal sized phone.

One area that the Razr can’t compete with Samsung’s device is display technology. The Galaxy Z Flip – the Razr’s direct competitor – and the Galaxy Z Fold 2 both use the Korean company’s new sturdier ultra thin glass (UTG) technology. Whereas the Razr uses the same flexible plastic display as the previous model.

Motorola also confirmed that the Razr will ship with two years of guaranteed Android updates and two years of security updates, with the possibility of more. The original Razr only promised one Android update (to Android 10), but later added another year after the Android 10 update rolled out. So there may be more down the line for the new 5G model.

Google Pixel 4a Will Beat OnePlus Nord With Two Features

Forget Apple’s Macbook, Or Microsoft’s Surface, This Is A Serious Laptop