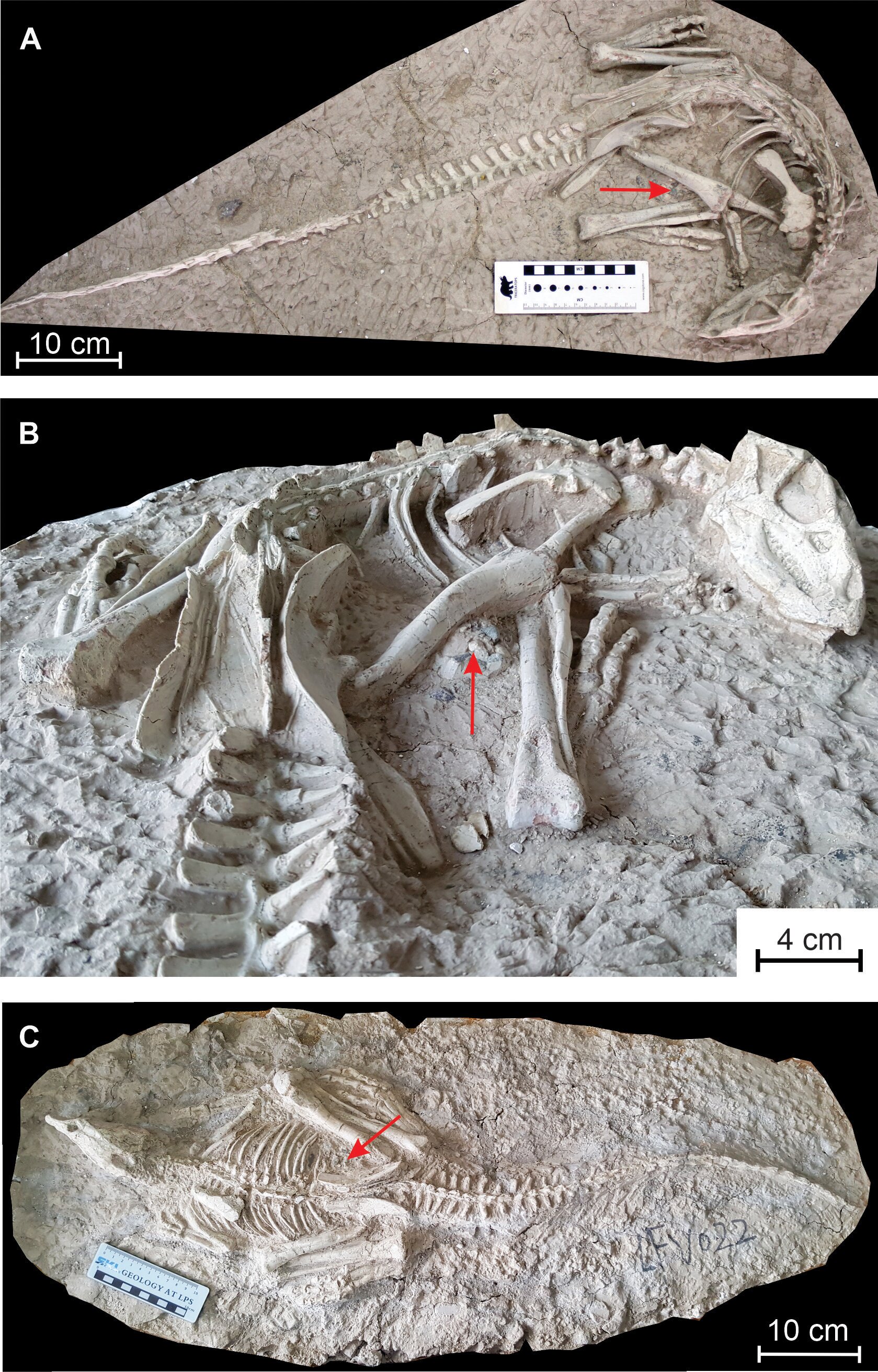 A team of researchers affiliated with several institutions in China, one in Argentina and one in Belgium has identified the fossilized remains of two previously unknown dinosaurs in China. In their paper published in the journal Peerj, the group describes the fossils, provide the name of the new dinosaur and illustrate possible clues to explain their excellent preservation.

The new dinosaur was actually discovered by farmers working in Liaoning province in northeastern China. They found the remains of two of the same new species, which the researchers have named Changmiania liaoningensis. Both were in nearly pristine condition. The name means “eternal sleeper” in Chinese, because both of the dinosaurs appeared to have been buried while alive with their eyes closed, looking as though they were asleep. The researchers suggest the reason for the quick demise and nearly pristine condition was likely due to a volcanic eruption catching them both as they slumbered in their burrow. The area where the dinosaurs were discovered was part of the plain that had been covered in debris from an ancient massive volcanic eruption, which had also covered many other creatures. The area is a well-known archeological dig site.

Both of the dinosaurs would have been just over a meter in length when alive, with long, nearly inflexible tails. They were an early ornithopod, a kind of dinosaur that walked upright on its large hind legs and burrowed in the ground like rabbits. They also had had shovel-shaped snouts, which would have helped with digging swiftly and efficiently. The neck and forearm were short but strong, and its shoulder blades resembled those of modern burrowing animals. The researchers suggest that the burrows in which the dinosaurs had been sleeping likely collapsed under the weight of the debris from the volcano, giving the dinosaurs no chance to dig themselves out. They note also that the tails of the dinosaurs had been stretched out due to stiffness. They also found a small cluster of rocks near the stomach area of one of the specimens—a sign that the dinosaur swallowed them like modern birds to help digest food.

Sacisaurus helps to fill the hole in the evolution of ornithischians