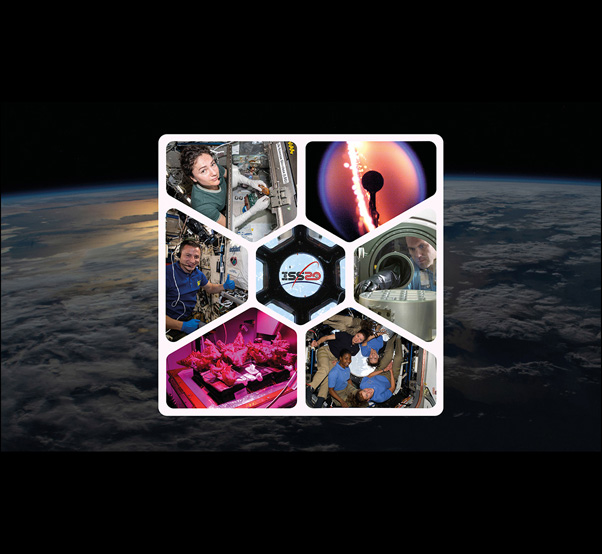 Orbiting some 250 miles overhead is the International Space Station, the brightest object in the night sky, except for the Moon and Venus.

For almost 20 years, astronauts have continuously lived and worked on the space station, testing technologies, performing science, and developing the skills needed to explore farther from Earth as NASA’s Artemis program is working to land the first woman and the next man on the surface of the Moon by 2024.

NASA’s Office of STEM (Science, Technology, Engineering and Math) Engagement is kicking off a Celebrating Station Science series, which will provide an opportunity to connect students and educators to 20 years of space station experiments and research through monthly themes with K-12 science, technology, engineering, and mathematics resources. NASA astronauts, scientists, engineers, and operations personnel will share their stories and highlight their career paths.

Each month during the 2020-2021 school year, educators will have readily available lesson plans, activities, information on space station science experiments, and other resources to excite the Artemis Generation of explorers. All of this information is accessible via a recently launched website, which will regularly feature new content.

“Our goal is to inspire students with the space station story to engage in STEM learning and to connect students and educators to resources and opportunities,” said Carrie Olsen, manager for OSTEM’s Next Gen STEM project, which sponsors the Celebrating Station Science initiative. “By celebrating the people and the accomplishments of the last 20 years, we hope to engage the Artemis Generation in the authentic STEM learning that will catalyze their future success in STEM careers.”

To help the crew in orbit conduct scientific study, the operations center is staffed 24 hours a day, seven days a week, 365 days a year.

“The payload operations team at Marshall is at the heart of what we’re celebrating this school year,” Olsen said. “Their dedication, hard work, and ingenuity have enabled the success of research on the station. We look forward to featuring their educational and profession journeys to help students today see themselves in the NASA workforce of the future.”

For almost 20 years, since the Expedition 1 crew arrived Nov. 2, 2000, humans have lived and worked continuously aboard the International Space Station. This orbiting laboratory has advanced capabilities in long-duration human space operations and in conducting scientific research and technology development in space. The space station remains the sole, space-based proving ground, greatly enabling NASA to go forward to the Moon and Mars. Under this unique international partnership, 240 people from 19 countries have visited the station, which has hosted more than 3,000 research investigations from researchers in 108 countries and areas.