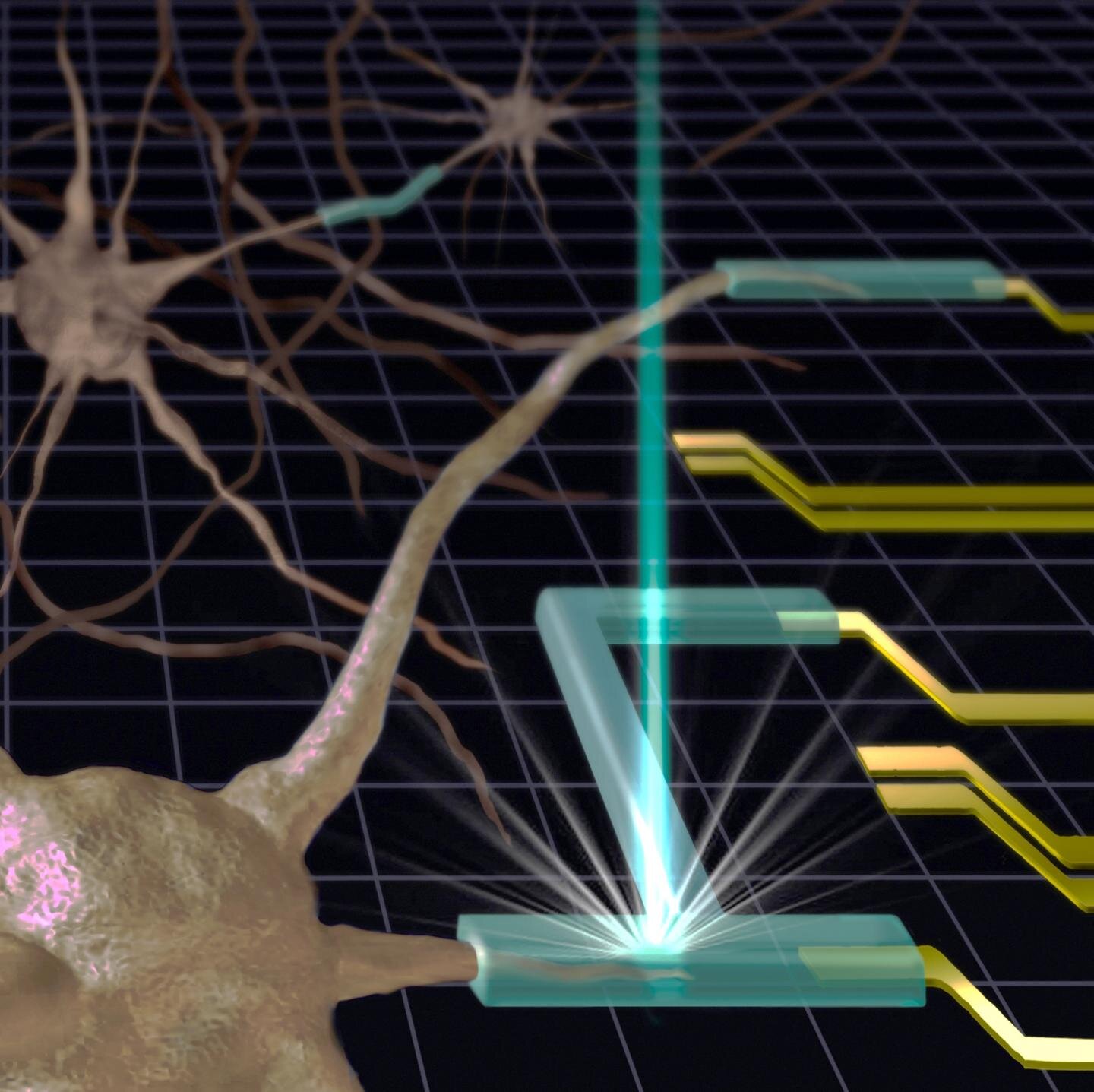 Researchers at the National Institute of Standards and Technology (NIST) have developed a new method of 3-D-printing gels and other soft materials. Published in a new paper, it has the potential to create complex structures with nanometer-scale precision. Because many gels are compatible with living cells, the new method could jump-start the production of soft tiny medical devices such as drug delivery systems or flexible electrodes that can be inserted into the human body.

A standard 3-D printer makes solid structures by creating sheets of material—typically plastic or rubber—and building them up layer by layer, like a lasagna, until the entire object is created.

Using a 3-D printer to fabricate an object made of gel is a “bit more of a delicate cooking process,” said NIST researcher Andrei Kolmakov. In the standard method, the 3-D printer chamber is filled with a soup of long-chain polymers—long groups of molecules bonded together—dissolved in water. Then “spices” are added—special molecules that are sensitive to light. When light from the 3-D printer activates those special molecules, they stitch together the chains of polymers so that they form a fluffy weblike structure. This scaffolding, still surrounded by liquid water, is the gel.

Typically, modern 3-D gel printers have used ultraviolet or visible laser light to initiate formation of the gel scaffolding. However, Kolmakov and his colleagues have focused their attention on a different 3-D-printing technique to fabricate gels, using beams of electrons or X-rays. Because these types of radiation have a higher energy, or shorter wavelength, than ultraviolet and visible light, these beams can be more tightly focused and therefore produce gels with finer structural detail. Such detail is exactly what is needed for tissue engineering and many other medical and biological applications. Electrons and X-rays offer a second advantage: They do not require a special set of molecules to initiate the formation of gels.

But at present, the sources of this tightly focused, short-wavelength radiation—scanning electron microscopes and X-ray microscopes—can only operate in a vacuum. That’s a problem because in a vacuum the liquid in each chamber evaporates instead of forming a gel.

Kolmakov and his colleagues at NIST and at the Elettra Sincrotrone Trieste, in Italy, solved the issue and demonstrated 3-D gel printing in liquids by placing an ultrathin barrier—a thin sheet of silicon nitride—between the vacuum and the liquid chamber. The thin sheet protects the liquid from evaporating (as it would ordinarily do in vacuum) but allows X-rays and electrons to penetrate into the liquid. The method enabled the team to use the 3-D-printing approach to create gels with structures as small as 100 nanometers (nm)—about 1,000 times thinner than a human hair. By refining their method, the researchers expect to imprint structures on the gels as small as 50 nm, the size of a small virus.

Some future structures made with this approach could include flexible injectable electrodes to monitor brain activity, biosensors for virus detection, soft micro-robots, and structures that can emulate and interact with living cells and provide a medium for their growth.

“We’re bringing new tools—electron beams and X-rays operating in liquids—into 3-D printing of soft materials,” said Kolmakov. He and his collaborators described their work in an article posted online Sept. 16 in ACS Nano.

This story is republished courtesy of NIST. Read the original story here.