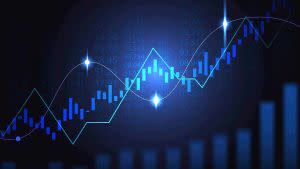 Technology and tech-related stocks resumed their leadership role on Tuesday amid a relatively calm, news-light Tuesday.

The New York Federal Reserve’s Empire State Manufacturing Index jumped to a reading of 17 for September, versus expectations of just 6. (Any reading in positive territory indicates growth). And a Chinese health official said vaccines being developed there might be ready for general distribution as early as November.

The highest-profile gains could be found in the tech and communications sectors, with blue chips such as Facebook (FB, +2.4%), Qualcomm (QCOM, +2.8%) and Netflix (NFLX, +4.1%) all posting solid advances. That helped the tech-heavy Nasdaq Composite rally yet again, up 1.2% to 11,190.

Other action in the stock market today:

Tuesday featured a few other trends worth paying attention to.

“Tech stocks continue to rebound, after last week’s decline, but it’s interesting to see strength in the real estate and utilities sectors, which are classic defensive sectors,” says Andrew Smith, chief investment strategist for Dallas-based Delos Capital Advisors. “Some investors are betting on a robust tech rebound, while others are seeking safety.

“The real estate and utilities sectors also tend to perform well when investors expect interest rates to decline. Investors may be front-running the Fed’s expected accommodative tone in Wednesday’s meeting.”

That’s no wonder, given that many market experts (including Smith) predict volatility between here and the November elections.

Also of note Tuesday was Apple (AAPL, +0.2%). The tech giant announced a number of new products and services, including new iPads, Apple Watches, a fitness service and “Apple One” bundles tying together several services for one price. However, Wall Street appears to be waiting for the main event.

Wedbush analyst Daniel Ives called Tuesday’s reveal “the drumroll to the main event likely slated for the first week in October in which we expect Cook & Co. to officially unveil its linchpin iPhone 12 product cycle,” which many expect will be Apple’s first entry in the 5G foray.

While 5G communications technology is still in the early stages, it’s among several other tech trends, such as cloud computing and artificial intelligence, that are positioned to blossom in the years ahead. But which stocks are right to capture this opportunity? We look at seven of the best 5G stocks, including chipmakers, consumer plays and even real estate.

Kyle Woodley was long FB as of this writing.