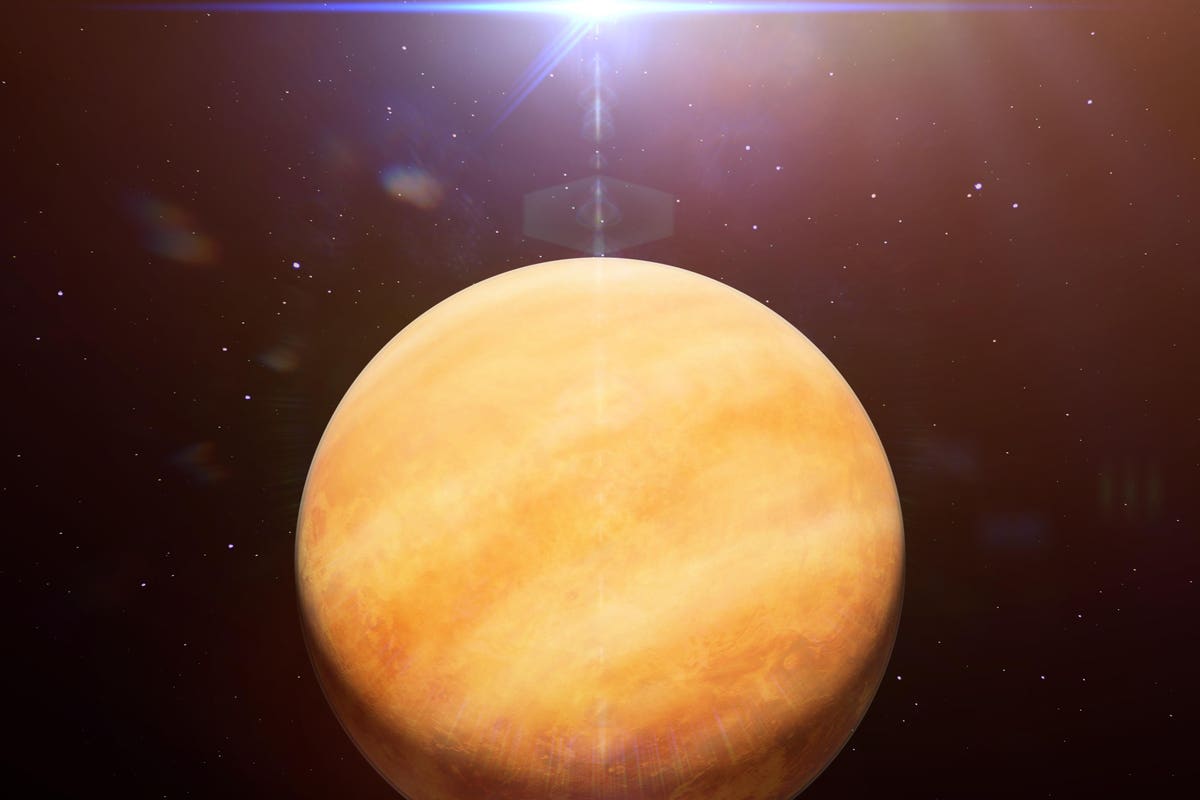 You’ve probably read the astonishing news that traces of phosphine—thought of as a biosignature for life—have been found in the cloud-tops of Venus.

It very well may not be life, and it certainly isn’t life as we know it. It may be some kind of weird extremophile. More likely it’s completely unknown chemistry. What the paper published this week really shows is that we don’t know enough about Venus and its dense atmosphere.

In short, we need to send a spacecraft—of several—to the atmosphere of Venus where no mission has ventured since 1985.

As luck would have it, NASA has one in the works capable of doubling as a “proof of life” mission. During its 63-minute descent, DAVINCI+ would collect and return measurements of Venus. atmospheric composition.

MORE FROM FORBESIs There Life On Venus? Extra-Terrestrial ‘Aerial’ Organisms May Exist In Its Clouds, Say ScientistsBy Jamie Carter

Researchers will point more telescopes at Venus, but ultimately it would be helpful to take have a spacecraft take in-situ measurements of the atmosphere.

Cue DAVINCI+ (Deep Atmosphere Venus Investigation of Noble gases, Chemistry, and Imaging Plus), a NASA Discovery Program finalist this year that’s now in “Phase A concept development”. NASA is due to make a decision on whether to take it forward during 2021.

DAVINCI+ would involve a descent probe that during its 63-minute journey to the surface of Venus would collect and return measurements of the planet’s atmosphere—and search for phosphine.

Named after the visionary Renaissance artist and scientist Leonardo da Vinci, it’s an orbiter and a spherical descent probe that will study the largely unexplored deep atmosphere of Venus.

The descent probe, which is basically a chemistry lab, will plunge through the atmosphere, all the way to the surface, to measure the molecules making up each layer. It will acquire the first high-precision atmospheric chemistry measurements taken from the top of Venus’ clouds to the near surface.

The “+” in DAVINCI+ refers to the cameras on the descent sphere and orbiter that are designed to map the different rocks on the surface.

Could DAVINCI+ confirm the existence of phosphine at Venus?

So if phosphine is abundant enough in the lower clouds and haze layers and in the deeper atmosphere, then phosphine can be searched for.

“DAVINCI+ will measure the compositional and dynamic context for interesting gases such as phosphine—and likely others not yet discovered,” said Dr. James Garvin, Chief Scientist at NASA’s Goddard Space Flight Center in Greenbelt, Maryland, and the principal investigator of DAVINCI+, to me.

As it stand scientists do not have adequate measurements of the distribution of gases throughout the Venus atmosphere. “We do not have enough information to rule out more exotic processes potentially responsible for unanticipated phosphorous gases such as phosphine,” said Garvin. “DAVINCI+’s proposed measurements could directly provide essential chemical context.”

What is phosphine and why is it so important?

Phosphine (PH3) is an unanticipated trace gas that seems to defy our current understanding of the phosphorous cycle within the Venus atmosphere.

“DAVINCI+ will carry a sophisticate and integrates analytical payload on our descent probe that would fill some of the major gaps that we still do not understand about the atmosphere at Venus,” said Dr. Stephanie Getty, deputy principal investigator of DAVINCI+. “A detection of a single biologically significant gas like phosphine is truly exciting, and its significance to Earth’s biology cannot be ignored.”

However, that doesn’t mean there’s life on Venus. “Until we understand the phosphorous cycle and distribution of phosphorous-bearing species in the atmosphere, it will be difficult to fully interpret these results,” said Getty.

What else will DAVINCI+ do?

The orbiter would map the planet for a full Venus year—225 Earth days—and capture ultraviolet images of Venus’ day side that would allow the further study of the uppermost atmosphere and cloud deck.

On the night side it would capture infrared images of the planet’s highlands.

When was NASA last on Venus?

The space agency has ignored Venus since its Magellan mission in the 1990s that mapped its surface.

Europe’s Venus Express orbited Venus for eight years from 2006 and Japan’s Akatsuki has been orbiting since 2015, but not since the Pioneer-Venus project in 1978 has NASA sent a probe to the Earth’s closest planet.

The last lander was the USSR’s Vega 1 in 1985, which took science’s only measurements of phosphorus in the atmosphere of Venus as its descended to the surface.

Which other missions is DAVINCI+ up against?

DAVINCI+ is a potential mission vying with others for selection by NASA’s Discovery Program, which funds midsize missions designed to unlock the mysteries of the Solar System. The other three finalists are:

Concept Study Reports about each of the four finalists are due to be submitted to NASA in November 2020, with presentations at NASA headquarters in April 2021. The winner—or winners—are expected to be announced in summer 2021.