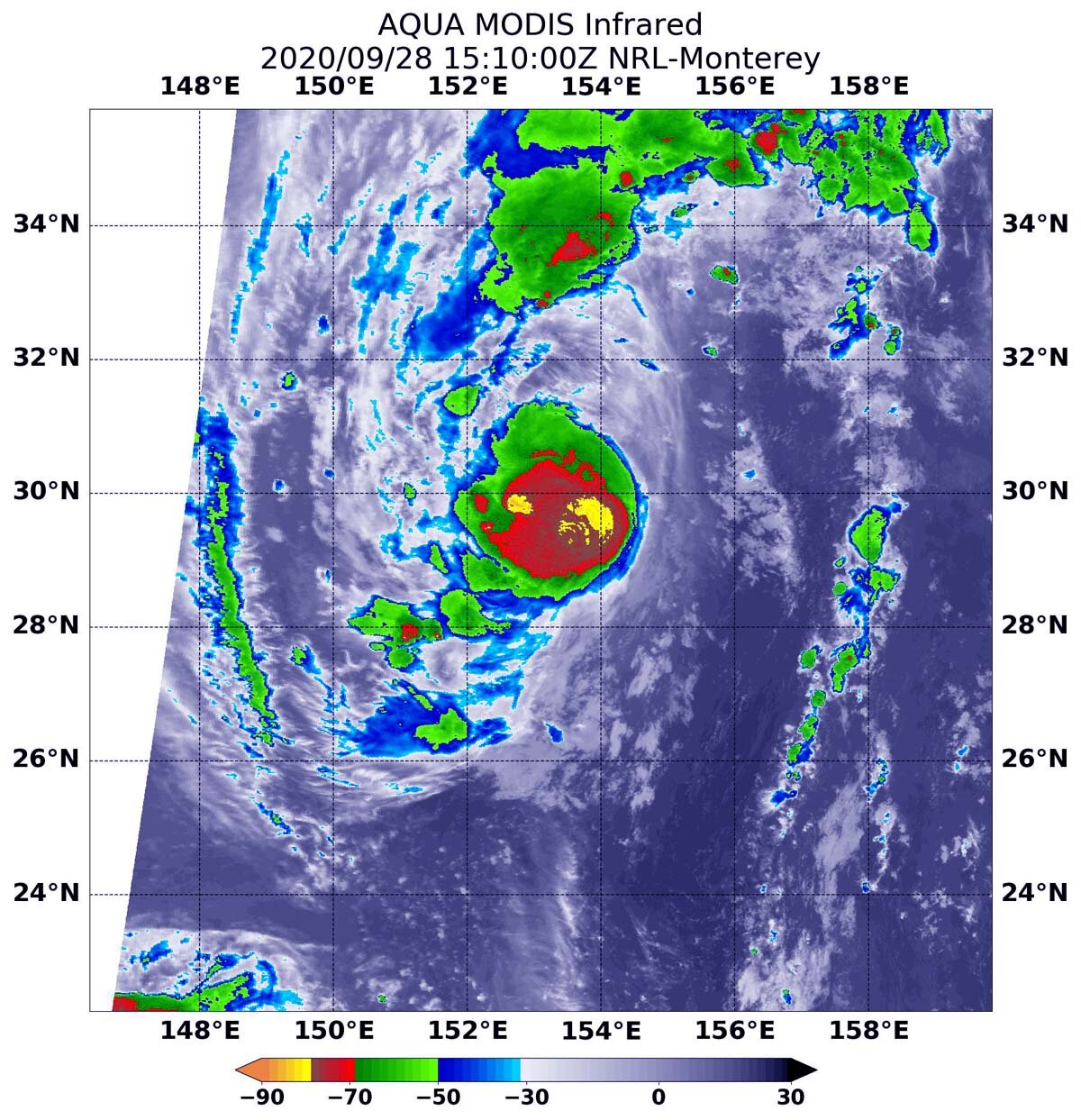 NASA analyzed the cloud top temperatures in Tropical Storm Kujira using infrared light to determine the strength of the storm. Infrared imagery revealed that the strongest storms were around Kujira’s center and in a band of thunderstorms on the western side of the storm.

An Infrared View of Kujira

One of the ways NASA researches tropical cyclones is by using infrared data that provides temperature information. Cloud top temperatures identify where the strongest storms are located. The stronger the storms, the higher they extend into the troposphere, and the colder the cloud top temperatures.

On Sept. 28 at 6:15 a.m. EDT (1015 UTC) NASA’s Aqua satellite analyzed Kujira using the Moderate Resolution Imaging Spectroradiometer or MODIS instrument. The MODIS imagery showed the strongest storms were around Kujira’s center of circulation and in a fragmented band of thunderstorms in the western quadrant. Persistent deep convection was also obscuring the low-level circulation center.

NASA provides data to tropical cyclone meteorologists so they can incorporate it in their forecasts.

At 11 a.m. EDT (1500 UTC) on Sept. 28, the center of Tropical Storm Kujira was located near latitude 29.7 degrees north and longitude 153.3 degrees east. That is about 286 nautical miles north of Minami Tori Shima. Minami Tori Shima is an isolated Japanese coral atoll located about 1,148 miles (1,848 kilometers) southeast of Tokyo, Japan.

Kujira had maximum sustained winds near 45 knots (52 mph/83 kph) with higher gusts. The storm is moving north through the open waters of the Northwestern Pacific Ocean.

Kujira forecast to intensify and track north-northeastward through next 24 hours as it rounds a subtropical ridge (elongated area of high pressure.) Forecasters at the Joint Typhoon Warning Center expect Kujira will begin extratropical transition as it interacts with mid-latitude westerlies (winds) and encounters increasing vertical wind shear (outside winds that can weaken and tear a tropical cyclone apart).