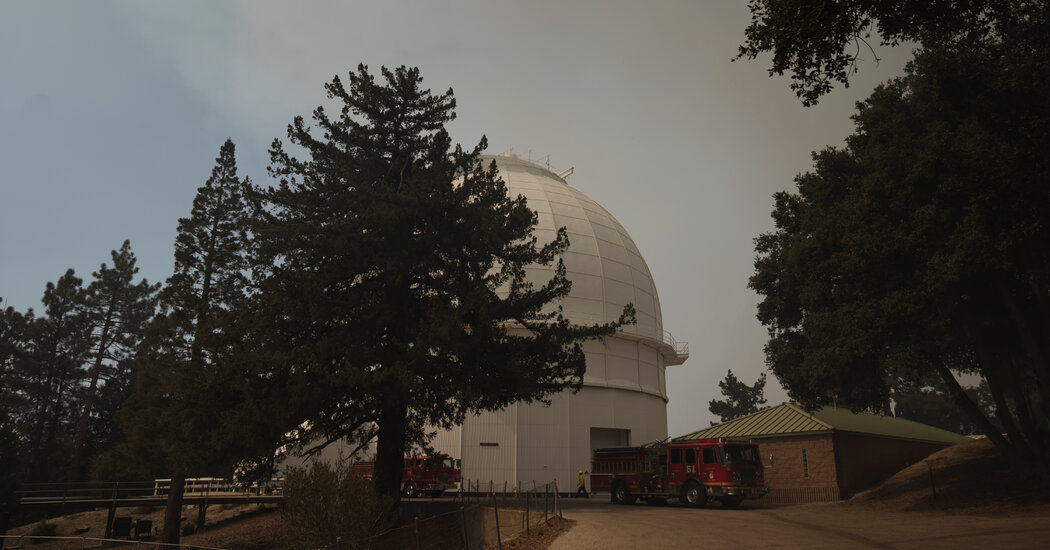 “It’s not over yet,” Rebecca Oppenheimer, astronomy curator at the American Museum of Natural History, said in a note to the astronomy community on Thursday morning. “Fingers crossed, but the smoke damage has to be horrific already, even if this fire business goes away.” The many days of smoke and heat had most likely wreaked havoc on the telescopes’ optics, she said.

Mr. Kohne said that it would be some time before anyone could visit in person but that there had been no reports of damage.

Mount Wilson Observatory was founded in 1904 by George Ellery Hale, a solar astronomer who had been director at the Yerkes Observatory at the University of Chicago and was an indefatigable astronomical entrepreneur. Funding was provided by the Carnegie Institution for Science.

Despite the proximity to the lights of Los Angeles, Mount Wilson, located essentially on the edge of the continent, was blessed with steady air, which allowed for very crisp images of the stars.

In 1908, Hale installed a new a 60-inch-diameter primary telescope, then the largest in the world, on the mountain. He followed that in 1917 with the 100-inch Hooker telescope, which remained the world’s biggest telescope until 1949, when a 200-inch telescope — also a Hale project — was installed on Palomar Mountain further south.

It was with that telescope that Edwin Hubble and other astronomers, including Harlow Shapley, Walter Baade and Milton Humason — who had started his career as a mule skinner hauling supplies up the mountain — first gauged the size of the Milky Way, the nature of its stars and the distances to other galaxies and deduced that other galaxies were all flying away from us: The universe was expanding.