Motorola Razr 5G: Everything you need to know 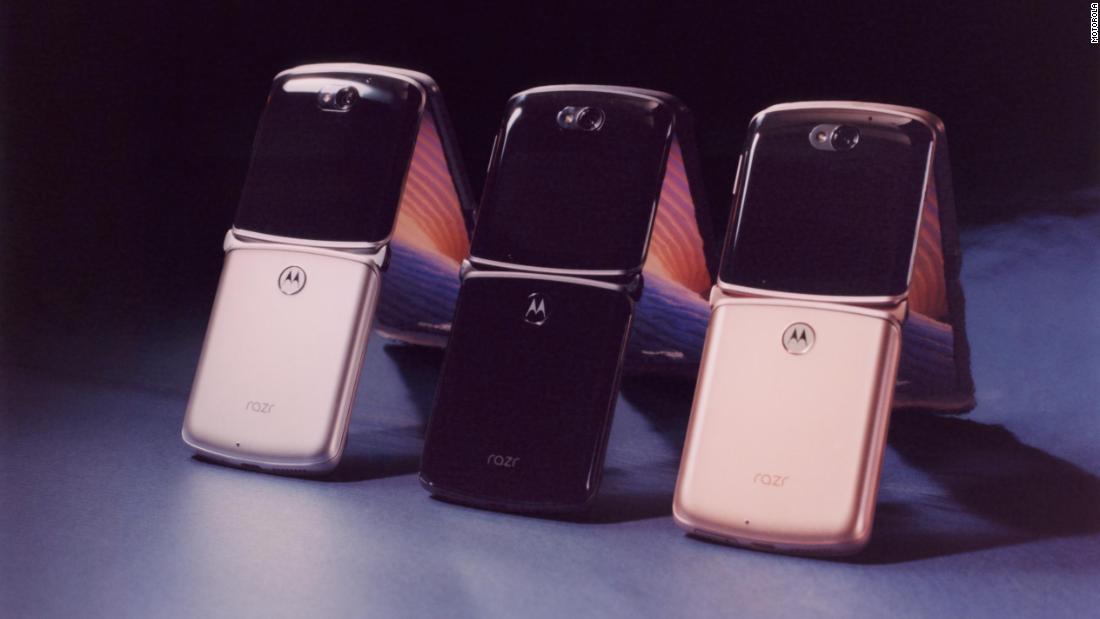 When the Motorola Razr dropped less than a year ago, it didn’t exactly wow us, with subpar performance and a folding hinge you could both feel and hear. Well, the second generation Razr is now official, but the formula isn’t changing much with the $1,399.99 Razr 5G, besides 5G support, a faster processor and a better camera. It’s up for pre-reserve today and Motorola will share more on full preorders and a launch date in the future.

The good news, though, is that the 5G Razr will be unlocked. Not only will it not be locked to Verizon, it won’t be sold by the carrier at all. Instead, AT&T and T-Mobile will have it on offer, with support for the Sub-6Ghz network. Or you can purchase it as an unlocked device from Amazon.com, BHPhotoVideo.com or Motorola.com.

When closed, the Razr 5G is a compact foldable measuring it at just 16 millimeters thick. You’ll see the larger camera sensor and the cover display, but opening it up will showcase the 6.2-inch FlexView display. Motorola is opting for a pOLED or plastic OLED screen here and the same teardrop folding mechanism is underneath it.

This teardrop design enables the zero-gap experience when the Razr is closed, which should stop crumbs and debris from entering places they don’t belong. But we expect that you’ll still be able to feel the display move and some bumps underneath it. Motorola also tested the Razr 5G for up to 200,000 folds, which they estimate will take a customer five years to reach.

Some things are changing, though. The fingerprint sensor is now housed on the back of the device in the classic Motorola “M” circular logo. On the original, it sat on the front of the device.

Powering the Motorola Razr 5G is a slightly faster, but still not fully flagship, Qualcomm Snapdragon 765G processor with 8GBs of RAM. It should run the core Motorola interface on top of Android 10 quite well, but we’re interested to see how it performs for gaming and more intense tasks. It will still certainly fall behind the Z Flip and Z Flip 5G with speeds as those feature faster processors, the 855+ and 865+ from Qualcomm, respectively.

That’s paired with 256GB of internal storage and there’s no option to expand via a microSD card slot. Still, this should be plenty for a bunch of apps, lots of music and over a thousand photos. The Razr 5G does support a physical SIM card as well as eSIM, though.

With the 6.2-inch FlexView display unfolded, you’ll find a 20-megapixel front-facing camera. Like the original Razr, the main lens is housed on the front under the cover display. For 2020, it’s a 48-megapixel lens which should deliver much better shots and video. It’s a wide-angle lens that will let you capture more in one shot. QuadPixel technology is onboard to combine pixels for better low-light performance and images with more details.

The 2.7-inch display on the front features QuickView gestures, essentially a custom interface for this tiny display. It will allow you to quickly hold in on a message to read it and respond, control music and even use maps for navigation. Plus, if you decide to open up the phone while using the front screen, it will automatically have that app open on the inside. Motorola is working to add more support for apps on this front screen as well, which means you can get more done.

The Motorola Razr 5G will still be a pretty compact device and is similar in size to the Galaxy Z Flip when closed. You’ll get your pick of three finishes: Polished Graphite, Liquid Mercury, Blush Gold. The Razr 5G features a water repellent design, but no official IPX rating.

As of right now, the Motorola Razr 5G will be launching later this Fall for $1,399.99 on a global scale. In the United States, it will be available from AT&T and T-Mobile or unlocked from Motorlola.com, Amazon.com or BHPhotoVideo.com. Pre-reserves are up now, with pre-orders and an exact launch date coming this fall.