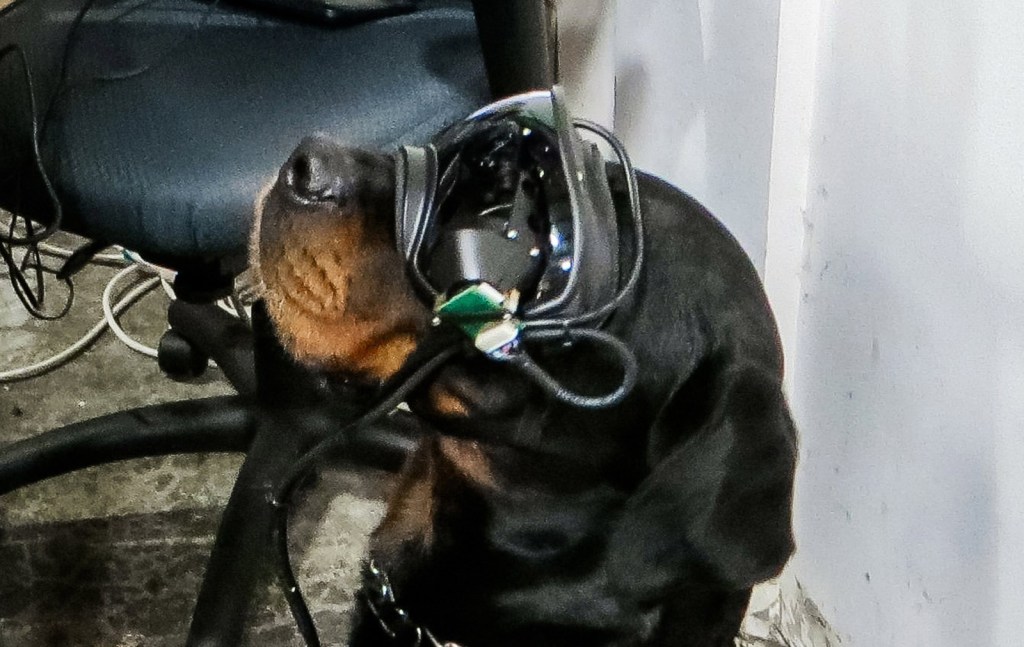 (CNN) — Dogs working in the United States military could in the future wear augmented reality goggles that enable soldiers to give them remote commands.

The goggles are being developed by Command Sight, a Seattle-based company, with US Army research funding, and would allow military dogs to assist in rescue operations and scout potentially dangerous areas for hazards and explosives while their handlers remain at a safe distance.

The technology, which the US Army says is the first of its kind, works by letting a handler see everything the dog can see and then provide specific commands using visual cues that show up in the dog’s line of vision.

Currently, military dogs are most commonly directed with hand signals or laser pointers, which require the handler to be in close proximity. Handlers can also use audio communication, with a camera and radio attached to the dog, but the commands can be confusing for the dog.

The Army said the AR goggles could offer Special Forces dogs and their handlers a new alternative, especially as the animals are already used to wearing protective goggles during operations.

Stephen Lee, a senior scientist from the Army Research Office, said in a statement that the new technology offered the military a “critical tool to better communicate with military working dogs.”

“Augmented reality works differently for dogs than for humans,” Lee said. “AR will be used to provide dogs with commands and cues; it’s not for the dog to interact with it like a human does,” he added.

The prototype design requires a dog to stay on a leash as the goggles have wires. But the researchers are working on making the technology wireless in the next phase of development.

A.J. Peper, the founder of Command Sight, said in the statement that the concept could “fundamentally change how military canines are deployed in the future,” though he said there was still a “long way to go” before the technology could be rolled out to units.

“We are still in the beginning research stages of applying this technology to dogs, but the results from our initial research are extremely promising,” Peper said.

“Much of the research to date has been conducted with my rottweiler, Mater,” he said. “His ability to generalize from other training to working through the AR goggles has been incredible.”

At the next stage in the goggles’ development, researchers will work with US Navy Special Forces to build prototypes to be tested on their military working dogs.

The goggles will all be custom-made, the US Army said, with each dog in the trial scanned in 3D so developers can understand where to position the optics and electrical components.