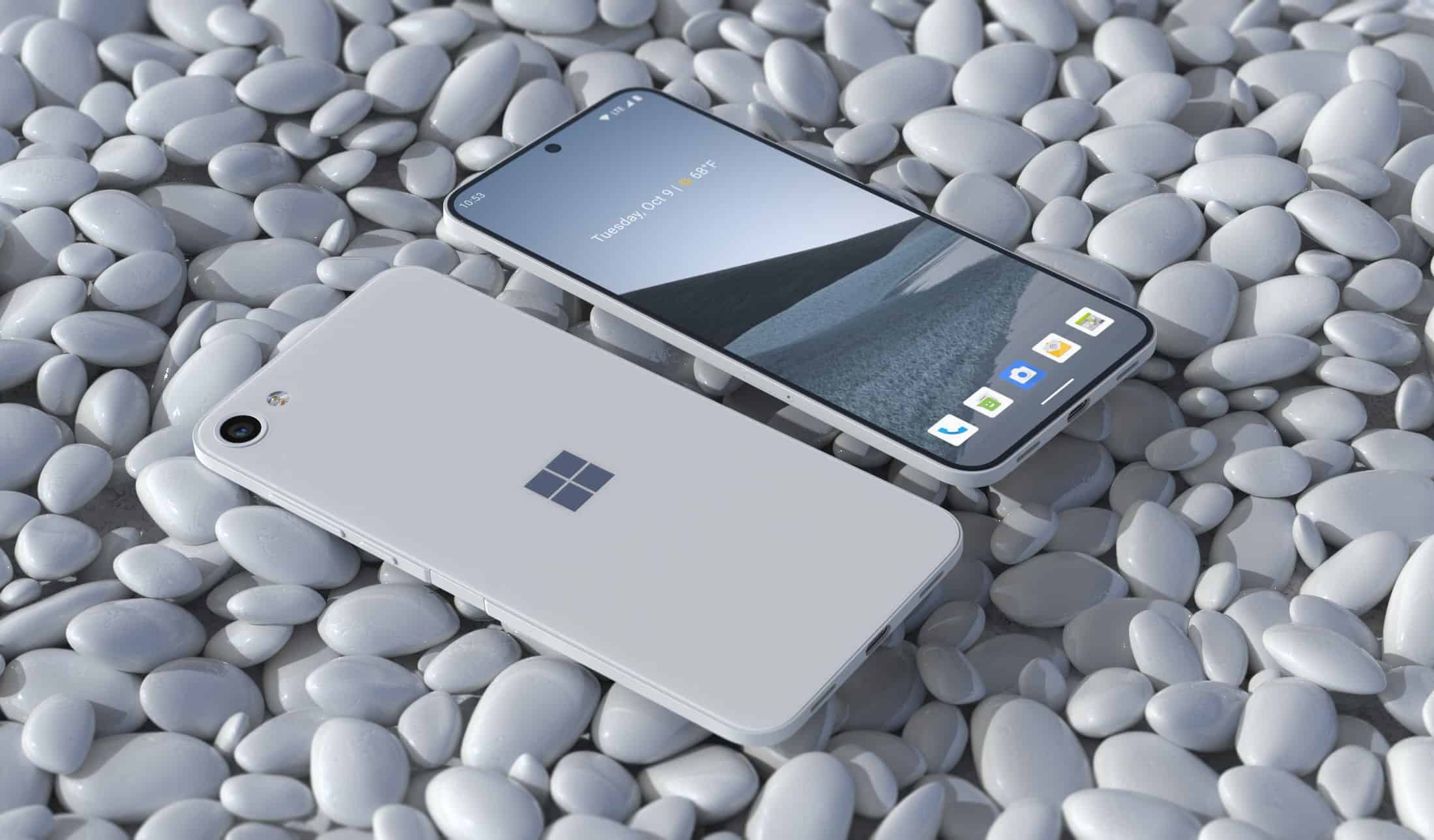 As most of you know by now, the Microsoft Surface Duo is Microsoft’s take on a foldable smartphone, kind of. This handset does not feature a flexible display, or anything of the sort. It basically looks like two smartphones that are stitched together.

Some people seem to be really interested in the device, though, and Microsoft has a vision for this handset. Based on early reports, the software needs some work, but the company will probably sort that part out.

Considering that Microsoft opted to release this ‘Duo’ smartphone, it’s possible that a regular handset may arrive at some point in the future. Hence this concept design, the Microsoft Surface Solo.

This name even makes sense, as it represents one display. The design itself comes from Jonas Daehnert, who shared various different smartphone concepts in the past.

He shared six images of this handset via his official Twitter account. This phone actually does resemble the Microsoft Surface Duo, to a degree. Its color combination is similar, as is its back side, thanks to that color and the company’s logo.

From the back, it also reminds us of some older iPhone handsets, like the iPhone 6. It has a single camera in the top-left corner, next to which you’ll notice an LED flash. That camera is almost flush with the phone’s back.

The edges of this phone are well-pronounced, and not tapered, which is quite interesting. On the phone’s right side, you’ll notice the power / lock, volume up, and volume down physical keys.

That’s not all, though. Below all those keys sits a fingerprint scanner. So, this phone does include a side-facing fingerprint scanner. It sports a flat display, though it seems to come with curved glass. So, just the glass is curved towards the sides, not the display itself.

The device does include really thin bezels, and a centered display camera hole. Its display does offer rounded corners, as does the phone itself, actually. A SIM card tray is placed on the left side of the device.

We’re guessing that the designer envisioned plastic on the back of this phone. A Type-C USB port is located on the bottom, along with the phone’s main speaker. All in all, this design does look quite minimalistic, and appealing at the same time.