Meet Calypso, a daredevil mission concept to explore the surface of Venus 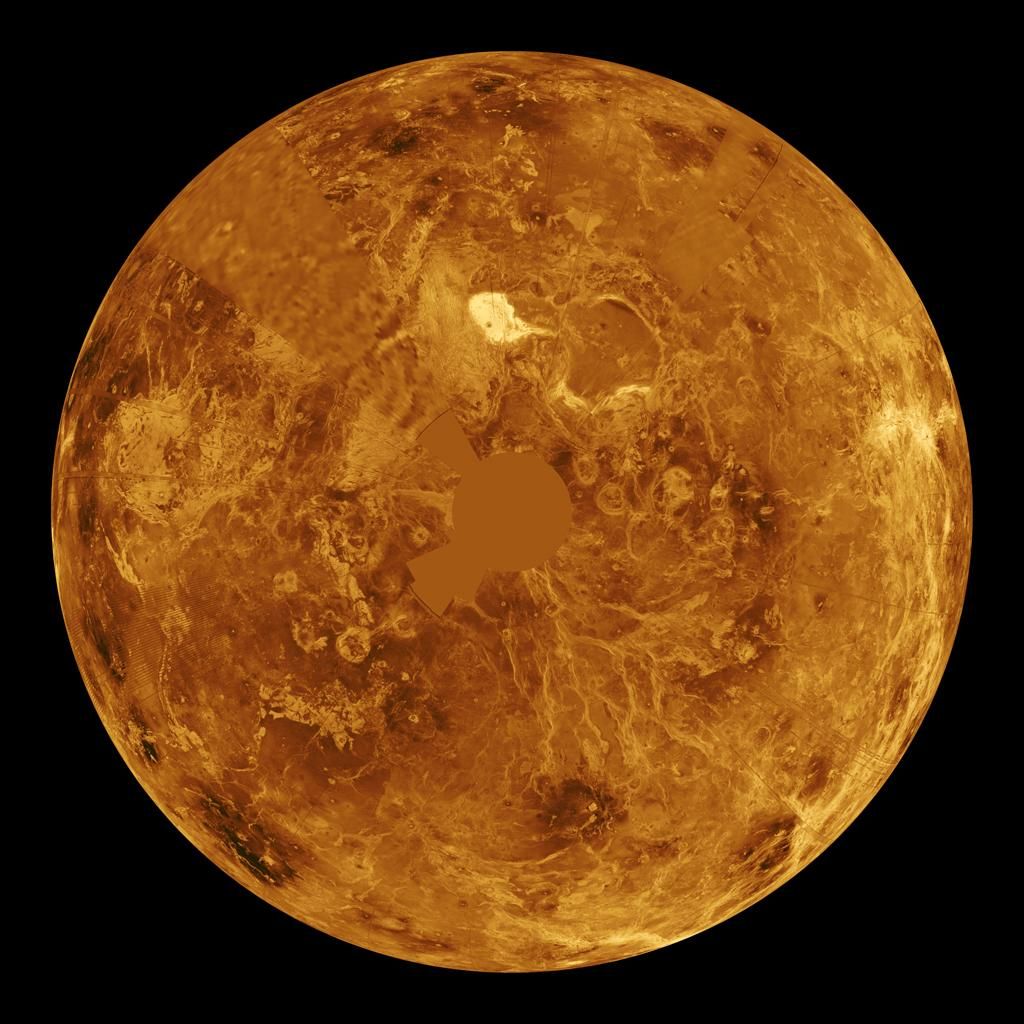 Of all the rocky, inner worlds of the solar system, Venus is the most challenging to explore.

With surface temperatures reaching a bewildering 867 degrees Fahrenheit (464 degrees Celsius), even the most hardened landers can’t survive for long. But a new idea, called the Calypso Venus Scout, calls for a bold new mission design: a science probe dangling 20 miles (32 kilometers) below a cloud-borne balloon.

Because Venus is only slightly smaller than our own planet, it’s taken up the nickname of the “Earth’s twin.” But if Venus really is a twin of the Earth, it’s the evil kind. Despite their similar sizes, the two worlds couldn’t be more different. While Earth maintains a balmy climate, with a decent atmosphere keeping the lid on vast expanses of liquid water oceans, Venus is a nightmare world.

Related: Venus, once billed as Earth’s twin, is a hothouse (and a tantalizing target in the search for life)

Its atmosphere is almost completely carbon dioxide and reaches pressures 92 times that found at Earth’s sea level. The noxious atmosphere is so thick that the planet’s surface temperatures are the hottest in the inner solar system — warmer even than Mercury, despite sitting 50% farther away from our sun.

Of all the missions of Venus, only the Soviets attempted any landings, with the Venera program. Brutalized by the extreme conditions, most of those landers failed, but a few managed to survive long enough to send back a few quick exposures before succumbing.

No lander has reached the Venusian surface since Venera 14 in 1982. To date, our only records of the surface come from those few Soviet probes and the occasional orbiter. Even though Venus may be our twin, we know far too little about it.

The winds of Venus

Even nearly 40 years after the last Venera mission, we do not have the technology to build a reliable, long-term probe to survey the terrain of Venus like we do on Mars. What’s more, with all the interest in Mars exploration, including possible human visits, nobody really wants to spend the money on developing the technologies needed for a still-risky Venus venture.

But there could be another way to do it, and it’s called the Calypso Venus Scout, as outlined in a white paper recently posted to the preprint site arXiv.org. Calypso isn’t under NASA consideration right now; the paper’s author wrote about it to give the decadal survey, the government’s long-term planning process for planetary science, a broader sense of current options.

The mission tries to balance the twin challenges of Venus: The surface of Venus is just too dang hot, but orbital missions trying to study the surface are hampered by the miles and miles of thick, hazy cloud layers, making precise measurements incredibly difficult.

So Calypso would go in between.

At an altitude of about 20 miles, the thick clouds of Venus clear away. If you can get a probe below that level, then you should have a clear, unobstructed view of the ground. And while it’s still ridiculously hot at that altitude, it’s not nearly as hot as the surface: a relatively balmy 260 F (130 C).

Upon Calypso’s arrival at Venus, a massive balloon would deploy in the atmosphere, right at the top of the cloud layers, keeping steady at an altitude of about 30 miles (50 km). At that height, the temperature and pressure don’t require any ingenious new technology and solar panels can provide ample power to the probe.

The better to see you

On its way up and down, the probe would slowly scan the surface of Venus in visible and infrared wavelengths to a potential resolution of just a few inches or centimeters. One of the most powerful aspects of Calypso is that it wouln’t be limited to studying just a single landing site, but would be able to survey wide swaths of the Venusian landscape.

Understanding Venus is critical for learning about our own planet. Billions of years ago, Venus really was a twin of Earth, with liquid water oceans and a pleasant atmosphere. But a runaway greenhouse event on Venus evaporated the oceans, allowed carbon dioxide to vent into the atmosphere unchecked, and left the place a ruin. Venus became so dry that plate tectonics completely shut down, locking its surface in place for at least hundreds of millions of years.

Venus is both a time capsule, providing a glimpse into what an Earth-size planet was up to long ago, and a cautionary tale. By studying Venus more, with daring missions like Calypso, we can better learn what our own fate might be.

Paul M. Sutter is an astrophysicist at SUNY Stony Brook and the Flatiron Institute, host of Ask a Spaceman and Space Radio, and author of Your Place in the Universe. Sutter contributed this article to Space.com’s Expert Voices: Op-Ed & Insights.