McDonald’s will jump 12% as some consumers are ‘tired of their own cooking,’ BofA says 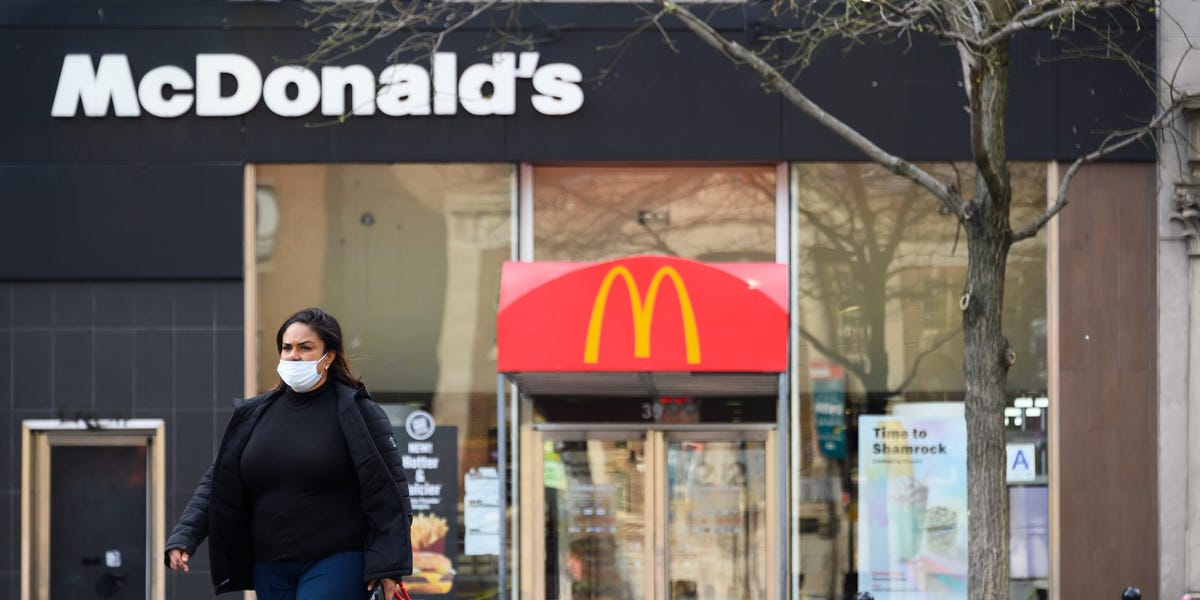 Bank of America reiterated its “buy” rating for McDonald’s and raised its price objective to $250 per share from $225 on Monday. BofA also raised its 2021E earnings-per-share estimate for McDonald’s up to $8.30 from $8.20 on “better sales expectations.”

“The quick service segment as a whole has seen greater demand during COVID-19 than pre-pandemic as consumers [grew] tired of their own cooking and leaned into drive-thru and off-premise for engagement with restaurants,” a team of BofA analysts said on Monday.

The analysts pointed out that the fast food giant’s sales underperformed some of its domestic peers’ because of pressure in its international franchises — many restaurants overseas lack drive-thrus, and foot-traffic during the pandemic was low. However, they added: “A sharp recovery for MCD int’l in July encouraged us that the company can largely offset challenges in certain int’l markets with solid current U.S. performance.”

Read more: Danton Goei has put more than $1 million into his own international fund, which is beating 97% of its peers year-to-date. The trilingual portfolio manager shares where he is seeing buying opportunities as US-China tensions heat up.

Bank of America also noted that the restauarnt’s recent partnership with rapper Travis Scott demonstrated that its strategies are “well thought out to build-long term traction with minimal complexity.” The Travis Scott Meal attracted younger consumers and used an existing product, the Quarter Pounder, in the partnership.

On Monday McDonald’s announced a partnership with Latin pop superstar J Balvin. The “J Balvin Meal” will feature a Big Mac sandwich, fries, and an Oreo McFlurry. According to a press release, this is the second time a celebrity’s name has been on the McDonald’s menu since 1992.

McDonald’s traded at $225.07 per share on Monday and gained as much as 1.6% during intraday trading. The fast food giant is up 50% from the depths of the coronavirus crash in March and is up almost 14% year-to-date.

Get the latest Bank of America stock price here.