Matchup with No. 1 Clemson ‘a great opportunity’ for Georgia Tech 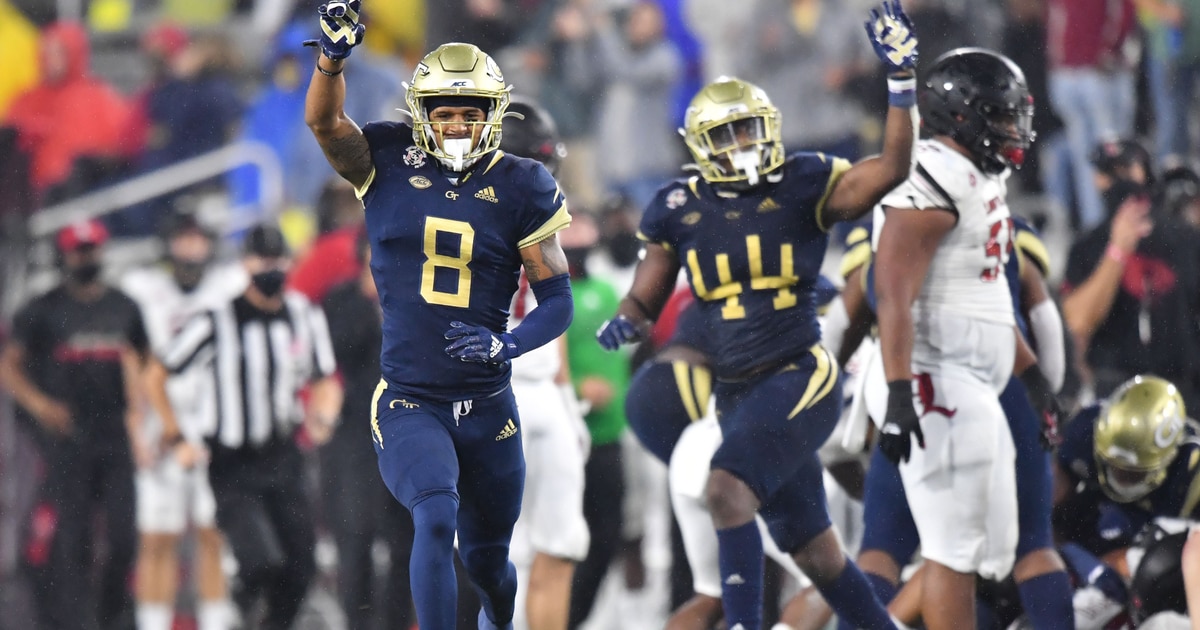 Coach Geoff Collins was witness to Clemson’s might in his Tech debut last year, as the Tigers rolled to a 52-14 win and outgained the Jackets 632-294.

Following Tech’s win over Louisville, Collins gave the team the day off on Saturday before resuming with its standard Sunday meeting and practice.

“We understand that we have a great football team rolling into town at noon next Saturday, so we’ve got to get ready for that, as well,” Collins said.

Any chance of an upset will depend initially on a superior week of practice.

Tech has made significant strides since last year’s Clemson game and even from the end of last season. Behind a vastly improved offensive line, the Jackets have created 400 yards of offense in each of their four games, which Tech didn’t do once last year.

The defense has nine sacks in four games after recording 17 all of last season. The lineup has been strengthened by freshmen like Sims and Gibbs and transfers including defensive end Antonneous Clayton and right guard Ryan Johnson.

But the Jackets have yet to be tested by a team like the Tigers. While Tech is averaging 213.8 rushing yards per game, 16th in FBS, Clemson has allowed 89.8 yards on the ground per game. Three of its four opponents having been held to fewer than 90 yards. Prior to Saturday, Miami was averaging 232.3 rushing yards. Clemson held the Hurricanes to 89 rushing yards on 25 carries.

“I can talk superlatives on (Clemson quarterback) Trevor Lawrence all day, but Travis Etienne is the guy,” Miami coach Manny Diaz said Saturday night. “He’s as good of a player as there is in college football.”