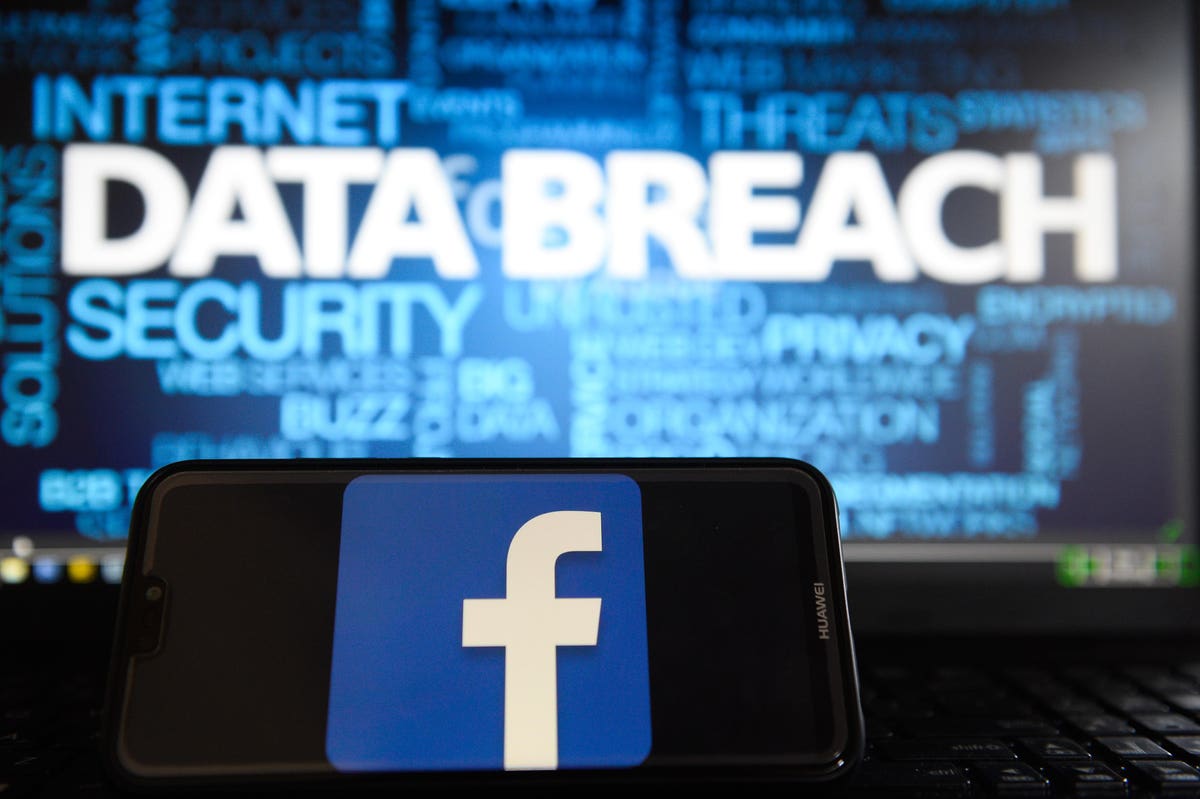 Silicon Valley giant, Facebook
, has now been drawn into the controversy surrounding oil spill ship, The Wakashio, in the Indian Ocean island of Mauritius that has been ongoing for seven weeks.

Events in Mauritius took another turn for the worse yesterday, when there was widespread reports of Facebook accounts linked to the environmental protesters being hacked one day ahead of major planned protests in the country and outside Mauritian embassies around the world.

Two of the main Facebook groups that had been established following the grounding of a Japanese vessel, The Wakashio, had attracted 50,000 and 60,000 members respectively.

For an island nation of 1.3 million, these are large numbers to be part of a Facebook group, and double the size of the Facebook groups of the four main political parties on the island.

Major peaceful protests had been planned on the island nation for Saturday 12 September around the site of the oil spill in the historic town of Mahebourg.

Even though these are the biggest protests seen since Mauritian independence, digital versions of local newspapers have been prevented from reporting on this.

The organizers of the protests had been asking protesters to bring a musical instrument each to demonstrate that this is a peaceful protest.

The protesters had been demanding transparency and accountability for the oil spill in which almost 50 whales and dolphins had washed up dead on Mauritian shores and with four members of a Mauritian tugboat feared dead (three bodies have been found and the captain is still missing two weeks on since the sinking of the Mauritius Ports Authority owned, ‘Sir Gaetan Duval’ tugboat).

Over 32 km of beaches have now been restricted for the public to access, with a heavy police presence patrolling these locations.

Fish from this part of the coral lagoon has also been banned due to the presence of hydrocarbons and cancer-causing PAHs being found in biological samples taken a month ago.

The journalists of major newspapers in Mauritius have had their emails blocked and several human rights activists have found they have been removed from Facebook. Administrators of the groups have also been removed.

Messages to Facebook by these administrators have gone unresponded to.

Facebook’s reaction has also caused anger on the island, with islanders demanding greater accountability of the Silicon Valley giant that is the dominant social media and messaging platform on the island.

Islanders are wondering how Facebook was able to moderate posts in the local language – Mauritian Creole – and whether they have a team independently validating claims of breaches of community standards.

This comes amid complaints and investigations by many minority and indigenous communities around the world, who feel they are being marginalized by Silicon Valley giants like Facebook. This is in addition to many smaller communities who fear the growth of Silicon Valley giants who focus only on mainstream languages are accelerating the decline of cultural heritage of many smaller and indigenous communities around the world.

Even more troubling are the guidelines on Facebook’s Community Safety Pages that guides any Facebook decision to remove users from its platform. These pages do not mention anything around ‘Freedom of Expression,’ a core value of the US Constitution – indeed it is the First Amendment.

Facebook does list seven other categories where they detail a range of ways that a user may be penalized from the platform, without any transparency on the criteria, processes or teams being deployed to ensure such decisions by a Facebook are conducted in an open, trusted and transparent way. An article entitled ‘Billions of Posts, Hundreds of Languages,’ showed the struggles that the Silicon Valley giant was having around the world. In leaked emails regarding a recent dinner hosted by Facebook founder, Mark Zuckerberg, content moderation was revealed to be one of the biggest challenges facing the company.

Facebook’s market cap has doubled since the outbreak of the coronavirus pandemic, as more activities shifted online. Valued now at over $750 billion (from over $800 billion in August), it should not be beyond the means of one of the biggest companies in the world to be employing linguists from these communities or even investing in language dictionaries – as exists in Mauritius for Mauritian Creole – to support Facebook’s content moderation tools in underrepresented communities. By way of comparison, the market capitalization of Facebook is over 50 times greater than the entire GDP of the small island nation of Mauritius.

With Facebook employing over 50,000, a major hack of the accounts of peaceful environmental protesters who had been marching against the effects of a major oil spill in their island nation – and coming just two months before the US Presidential Elections in November – is not a sign that Facebook is taking platform security among underrepresented communities seriously enough.

This follows a combination of blunt and more sophisticated tools to undermine protesters on the island amid large and peaceful street protests two weeks ago on 29 August.

There had initially been attempts to sell alcohol at a heavily discounted price by the strongly regulated Government reseller of alcohol, close to the venue of the march and just two hours before the planned march.

This was widely criticized online by protesters who are from a much younger generation than those who are traditionally involved in politics in Mauritius.

However, it is the use of more sophisticated cyber tools to undermine environmental protesters is turning the response to a major oil spill to be as much of an issue as the oil spill itself.

Two weeks ago, at the location of the protests of 29 August in capital city Port Louis, a series of traffic cameras suddenly appeared to be out of order.

These traffic cameras all happened to stop working around the specific location of the march, and would have given another independent estimate of the number of marchers to reveal the strength of opinion in the country against how the oil spill is being handled. An estimate by the UK’s Independent Newspaper had estimated that 100,000 had marched in protest against the Government’s handling of the oil spill. Others have estimated the numbers to be much higher in the country with a population of 1.3 million.

Mauritius is a highly dependent on tourism, and protests are very rare. The protests on the 29 August were peaceful and at the centerpiece was a presentation of the events of the Wakashio using satellite data by marine security expert, Bruneau Laurette, who has emerged as the face of the protest movement in Mauritius.

The same technical issues as on the 29 August, are now being reported for the South of the island where Saturday’s protests are scheduled to take place.

The speed camera infrastructure in Mauritius was installed by Chinese technology giant, Huawei.

It would be an ironic twist to this story if the actions of a major Chinese technology provider had ended up ultimately benefiting a series of Japanese Government and corporate interests, as tensions between China and Japan are rising in Asia.

Huawei has not yet responded to requests for a comment.

All of this is in the wake of Japanese operator of the Wakashio, Mitsui OSK Lines (MOL), today offering $10m to the Government of Mauritius for the oil spill cleanup.

To understand what this sort of funding means, it is important to look at the response so far.

Forbes had earlier reported that there were at least 79 international advisers involved in the secretive oil spill cleanup operation. This would be costing around $80,000 a day (taking into account fully loaded salaries, health insurance, flights and per diem expenses). This implies that for the 46 days since the spill, over $3.5m has already been spent just on external advisers alone (excluding any cost of equipment, support vessels or cleanup materials).

So $10m would not extend such the oil spill response much further, given the unique biodiversity that is at risk in that part of the island.

For comparison, there are fishing villages along the coastline affected whose livelihoods are being impacted as they cannot catch or sell lagoon fish or take tourists on dolphin watching boat tours.

The boating activities are all heavily regulated in this part of Mauritius, with regulations on who is allowed to fish there, the sort of vessel permitted, the size of net to be used, and timing of when fishing can take place to not impact fish spawning seasons.  These fishermen may earn as little as $15 a day to support their family and are highly dependent on the health of the coral lagoon and good weather conditions amid concerns about global warming.

Even more troubling are the emerging health reports that appear not be recorded from these villages, and highlighted in respected medical journal, The Lancet.

A week ago, the World Health Organization had been approached for a comment on the impact of the Wakashio’s oil spill on the coastal fishing villages of Mauritius but have still not responded on the record.

There have also been reports that several fishermen are being ignored for support as they cannot show paper-based fishing cards despite being fishermen for several decades in that region. This is confusing, when cell phone data can easily reveal which individuals were fishermen and which were not.

This is a very simple data request from the cell phone provider and has been used in many parts of the world to help social researchers understand the impact of environmental crises on poorer communities. Why has this approach not been taken with the poorer, artisanal fishermen in Mauritius?

What started as a major oil spill in an important global biodiversity hotspot, is now taking a much darker turn in how both the Government and the international community have responded to this oil spill.

The Mauritian Government is already under pressure due to:

Internationally, the global shipping regulator, the UN’s IMO is under pressure following implications that its representatives have been interfering with the offers of assistance by other Governments to Mauritius, and also spreading incorrect information by claiming that the oil spill is “just like handcream.”

Let’s be very clear: hydrocarbons are destructive to the environment and marine animals. Regardless of the health claims of the IMO representative (as seen at 2 minutes in this video), there are many whales, snails, fish, birds, corals, marine sponges, which succumb to parts per million of oil contamination. When oil gets into the food chain, it can damage and kill large parts of an ecosystem.

Oil is not a skin cream – it is a carcinogen (i.e., it causes cancer). In the US, fuel oil has a Hazard Code of 1202, and an Emergency Response Code of 128. Response Code 128 directs health actions to avoid vapors, avoid contact, ventilate enclosed spaces, evacuate people. Rubbing oil on your hands is, obviously, not one of the recommended actions.

Exploding and sinking ships around the world

With shipping incidents happening around the world and no clear frameworks for how to handle such environmental disasters, questions are being asked whether the IMO is still fit for purpose to be governing global shipping.

It is now no longer the oil spill, but the response, that is being watched very closely indeed in Mauritius.

With the latest cyber hacking of social media accounts, journalist emails and local transport cameras, it appears that there is a more sophisticated cyber operation than initially appeared.

More coverage of the Wakashio oil spill in Mauritius can be found here.