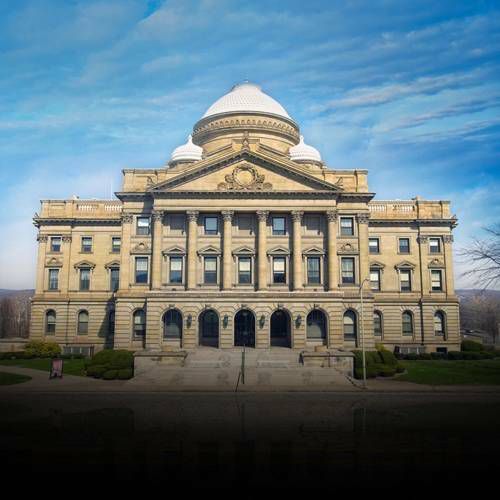 The position had been vacant since Mauro DiMauro resigned Dec. 16. County 911 GIS Manager David Skoronski had been filling in as temporary director since March.

Kase said he owned an IT consulting business primarily working with school districts in recent years and previously worked for 20 years in IT management positions for school districts throughout the state.

Initially immersed in an assessment of county staff and technology support needs, Kase said he is now heavily focused on two critical projects related to network connectivity in buildings and servers that hold county data and programs.

A council majority had voted in January to earmark up to $2.463 million in federal American Rescue Plan funding to cover a range of hardware, software and services, including a virtualization infrastructure upgrade that IT representatives had characterized as urgent.

Kase commended council for allocating the funds and said the project has been well designed and contracted. The plan was developed by Skoronski and current staffers, officials said.

Council had agreed to fund three additional IT department positions this year, which means the department is now approved for 12 positions. Kase said only two positions remain open. Applicants will soon be interviewed for one, and the county is currently seeking resumes for a network administrator opening, he said.

“I am happy to be here. We have a great team, and we’re working on doing things a little bit differently here,” Kase said.

Prospective appointees must be over 18, have lived in the county for at least one year and have held a Republican voter registration dating back to November 2019, when Schnee was elected.

The person appointed cannot hold any other elective public office or a seat on any county board, authority or commission. Also prohibited is employment with or compensation from any contractor of the county or its boards, authorities and commissions.

More information is available on the council page at luzernecounty.org.

Council tentatively plans to publicly interview applicants at 5 p.m. on May 31, with the expectation of voting on the appointment June 14.

The county has entered into a $498,500 contract with Johnson Controls Fire Protection L.P. to replace the fire protection/notification system at the county prison on Water Street in Wilkes-Barre, according to an online posting.

The contract includes all materials, installation, programming, commissioning and validation of the system, it said.

Council had allocated federal American Rescue Plan funding to pay for the project.

The county Election Board will start its adjudication of the May 17 primary election at 9 a.m. Monday in the county’s Penn Place Building at 20 N. Pennsylvania Ave. in Wilkes-Barre.

Flagged mail ballots will be reviewed first, including those with outer envelopes missing signatures. Next, the board will address provisional ballots cast at the polls to ensure they have proper signatures and that no mail ballots were accepted from these voters.

The adjudication process will take time because the volunteer citizen board must then review write-in votes.

Unofficial online results will be updated when the adjudication is completed, the board said.

All results are unofficial until they are certified by the board.