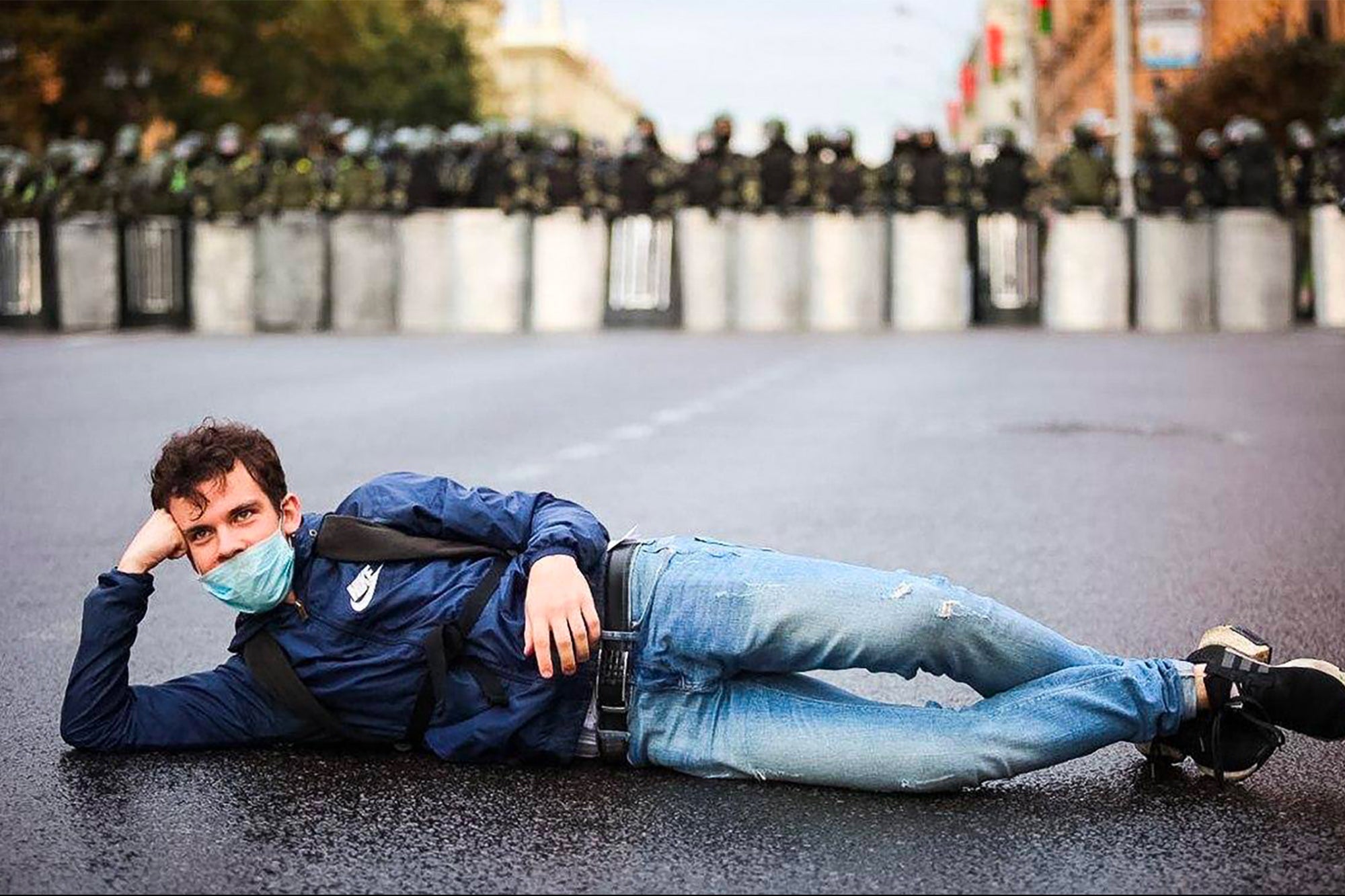 
This story originally appeared on The Vertical

“We just don’t have another choice — the Belarusian market is small,” explains Eugene Hurynovich, founder of Parsers, a venture capital data provider. “Most startups are launched with the U.S. in mind.”

With protests against the regime entering a second month, entrepreneurs are actively supporting the revolution. However, Lukashenko remains in power thanks to legalized violence. The UN has now cited more than 450 documented cases of torture in police custody.

How U.S. tech companies are affected

This August, Mikita Mikado, a founder of San Francisco-based software developer PandaDoc, offered financial support to Belarusian cops who resigned. The startup, which now has over 20,000 paying customers and raised a total of $51.1 million, is included on Inc. magazine’s annual list of America’s fastest-growing private companies.

Last week, Mikado announced he received 594 applications from cops and already approved 50. Soon after, PandaDoc’s office in Minsk was raided by the police. Employees were prevented from leaving the office and refused access to lawyers. Four people, including the company’s top manager, Viktor Kuvshinov, were arrested. Six Minsk team members of Pennsylvania-based software engineering giant EPAM have been detained as well. The company’s senior director, Pavel Liber, fled to neighboring Ukraine, fearing for his life.

Liber started an online election-tracking platform that allowed more than 500,000 people to upload photos of their ballots. After the project confirmed that the election results were very likely falsified, it was labeled “harmful and criminal” by the authorities.

“Every other person I know has been detained for no apparent reason,” says Tatiana Yarosh, founder of Kinguru Tables, an early stage event startup that went through an NYC acceleration program. “I allocate a couple of hours a day just to digest these horrible events and then try to focus on my work.”

Due to the internet shutdowns, Hurynovich says his company is now using servers outside Belarus, but he is concerned about his team’s safety. “We are prepared that some of our employees might be arrested and won’t show up to work,” he adds.

Related: What It’s Like to Start and Grow a Tech Business in Belarus

Why business owners joined the fight

A special kind of “social responsibility” — from which the authorities benefit above all — has long been encouraged in Belarus. “They would call me and ask to sponsor the renovation of a government building,” says Andrey Borisevich, CEO at Florida-based FlyDreams aircraft group. At the end of the 1990s, he became one of Belarus’ first IT entrepreneurs, but ultimately chose to leave the country. “I would say ‘No’ to them and suggest we help a kindergarten instead. The next day, the tax authorities would show up to do an audit.”

For years, most business owners accepted the rules of the game: Lukashenko’s regime seemed invincible. The coronavirus pandemic, however, changed everything. Many entrepreneurs who run businesses in the U.S. and elsewhere abroad found themselves stranded in Belarus.

“I haven’t managed to leave as planned,” says Yulia Lokotkova, founder at Open Business, a tech startup providing data on consumer payment behavior. “I had a ticket back to New York on March 12, the day when the U.S. introduced travel restrictions.”

In Belarus, where the average healthcare worker’s salary is less than $200 a month, business owners found themselves on the frontline in the fight against coronavirus, providing hospitals with supplies. “The government simply ignored the pandemic,” says Lokotkova. “After numerous cases of election fraud and police brutality against peaceful protesters, entrepreneurs, who are open to risks and responsibility, couldn’t stay away.”

Media in Belarus is mostly controlled by the regime, and a few independent journalists have been detained for covering protests. Accreditations for 17 foreign reporters, including those working for Reuters, the BBC and Radio Liberty, were revoked at the end of August. But the world is still getting news from Belarus, and media entrepreneurs are playing their role.

Yakau Buta, founder of the New York-headquartered video content marketplace, Stringershub, said that in July-August alone, his startup had landed 10 new clients, including the biggest U.S. media groups. “Some are looking for fixers to help with logistics and translation, others buy videos produced by our stringers,” Buta says. “Twenty percent of requests are coming from freelancers.”

According to Buta, some foreign journalists were stopped on the Belarus border and denied entry. “A lot of reporters were injured during clashes with the police, or deported,” he says. “We are encouraging our stringers to prioritize their wellbeing and, luckily, they haven’t been hurt yet.”

Buta says that some independent Belarusian journalists are now being prosecuted as protest participants: “I think authorities are trying to intimidate the media.”

“America is busy with its own problems”

In Belarus, tech entrepreneurs are also helping those leaving government-run organizations. “Journalists quit state media because they are forced to spread misinformation,” says Hurynovich. “Teachers and factory workers are obligated to attend marches in support of the regime, so many are leaving too.”

Parsers is now modifying its student internship program to employ those who quit, but the company itself is facing a difficult decision. Hurynovich says he may be forced to relocate to neighboring Latvia, Ukraine or Poland if the situation doesn’t change.

In August, Viber became one of the first tech companies to close its office in Minsk. More than 300 IT sector CEOs have threatened to move operations to other countries if the regime remains in power. But not everybody has the option to simply pack up and leave. Yulia Lokotkova of Open Business said nearby European markets are too small for her project, and she is worried the U.S. could introduce new immigration restrictions. She was an observer during the elections and doesn’t feel safe in Belarus.“

Observers were the first who noticed falsifications and tried to speak out,” she says.

American Belarusians, too, are working to bring attention to the situation. “Members of our community, who are U.S. citizens, sent letters to their senators, but it’s not enough,” says Borisevich. “The international response is inadequate. It’s something in between ‘we don’t care’ and ‘maybe.’ America is busy with its own problems. The EU included 31 Belarusian officials on its sanctions list, but not a single high-level cop involved in torture.”