Life in the toxic clouds of Venus 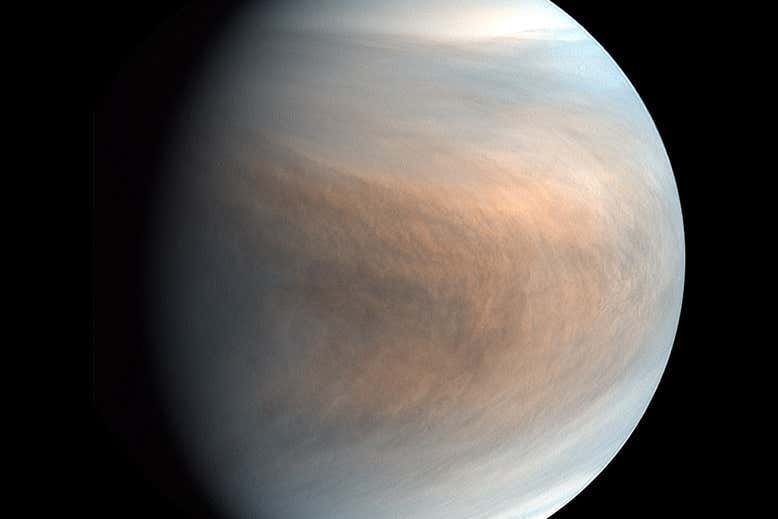 This is a preview of Launchpad, our free weekly newsletter in which resident space expert Leah Crane fills you in on all the very latest news about our exploration of our solar system – and beyond.

Welcome to this week’s Launchpad, and I hope you’re all doing well. As you may have seen, there was some big news about Venus this week that may catapult Earth’s less-loved neighbour to the top of the list of places to hunt for alien life.

A team of astronomers has spotted a gas called phosphine in Venus’s clouds. This isn’t the first time we have seen phosphine on a planet – it’s produced on Earth in industrial processes and by microbes, and at crushing pressures and high temperatures deep inside giant planets like Jupiter – but the strange thing is that there shouldn’t be any on Venus. As David Grinspoon at the Planetary Science Institute in Arizona told me when I was covering this discovery for New Scientist: “It doesn’t belong there.”

That’s because any phosphine on Venus should be destroyed within 1000 years of its production by the harsh environment, meaning it must be being continuously made. But the researchers couldn’t find any way to produce anywhere near as much phosphine as they detected on the planet.

Right now, it appears that the only way we can explain all that phosphine is life. That doesn’t mean that we won’t find another explanation – it could just be weird chemistry that we don’t yet understand – but it’s a promising sign.

This isn’t the first time it has been suggested that Venus could be habitable. That may seem surprising given the Venusian surface is notoriously hellish, with surface temperatures around 470°C and pressures up to 90 times that felt at sea level on Earth. “‘Not great’ could be the motto of the Venusian tourism board,” says team member Clara Sousa-Silva at the Massachusetts Institute of Technology.

But temperatures and pressures are much more moderate where the phosphine was detected, about 53 to 61 kilometres above the planet’s surface – to the point where life could theoretically exist there.

“The clouds are like the ocean of Venus, they’re global and deep and stable – they’re not like clouds on Earth, which are more ephemeral,” says Grinspoon. That means that if there are living organisms in those clouds, they could float around indefinitely, as long as they could survive being surrounded by sulphuric acid.

However, it’s not quite time to go running through the streets shouting about aliens. First we need to confirm with more observations that there really is phosphine in the Venusian atmosphere, and then we’ll have to begin the much more arduous task of proving that it came from life. As Sousa-Silva says, “We may not know for sure until we go there and sample the atmosphere.”

If you have enjoyed this extract from our free Launchpad newsletter, why not sign up to receive it in your inbox every Friday? We’ll also keep you up to date with New Scientist events and special offers.

More on these topics: