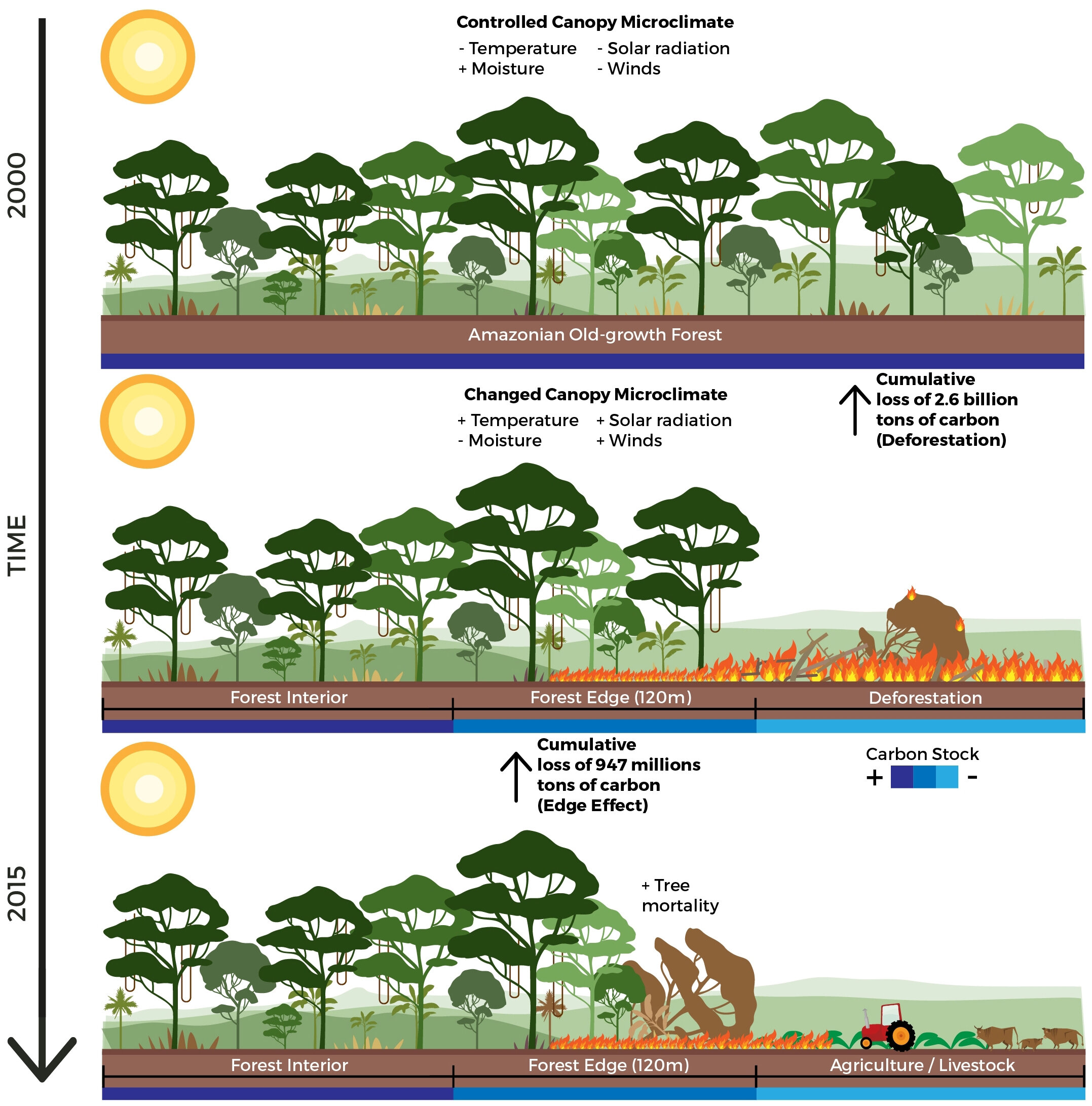 An international team of researchers has found that carbon sequestering losses in the Amazon basin have been undermeasured due to omission of data representing losses at the edges of forests. In their paper published in the journal Science Advances, the group describes using lidar to estimate the carbon sequestering abilities of trees along the edges of Amazon forests.

Prior research has shown that when part of a forest in the Amazon basin is cut down, the trees that remain at the edges of the forest are not as robust as those that are situated farther in. This is because they are more exposed to pollution, pesticides, herbicides, etc. In this new effort, the researchers noticed that the reduced sequestering abilities of such trees are not included in studies of carbon sequestering losses in the Amazon basin when deforestation occurs. They suspected such losses are greater than previously thought, as evidenced by large amounts of fragmenting in the Amazon—where forest patches are surrounded by farmlands, much edging occurs.

To find out how much carbon sequestering loss has been occurring in the Amazon, the researchers flew multiple missions above the canopy edges in airplanes with lidar guns aimed downward. The technology is able to determine how healthy trees are by measuring their greenness, and thus how much carbon they are able to absorb. Back on the ground, they fed the data from the lidar guns to software applications with data describing the amount of edge forest in the Amazon basin. The software used the data from the lidar to calculate the degree of the area’s sequestering loss in total over the years 2000 to 2015—947 million tons of carbon. The researchers note that this amount of carbon loss is roughly equal to a third of carbon sequestering loss due to deforestation as it is currently calculated. They also found that sequestering loss due to edging is approximately 7 million tons per year. They suggest this data needs to be included in carbon sequestering loss estimates for the region moving forward.