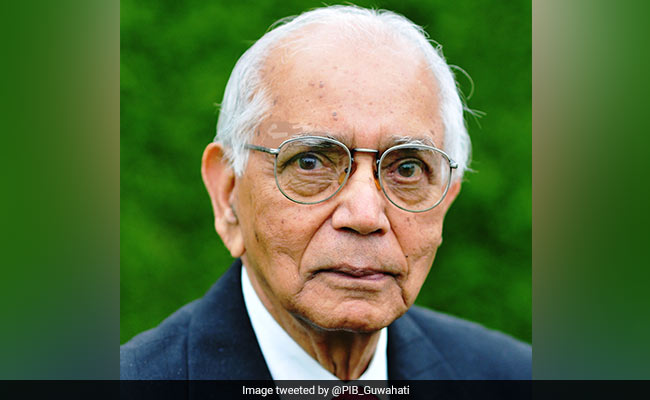 Eminent statistician and mathematician C R Rao, known for his path-breaking contributions to the field of statistics, turned 100 on Thursday.

The Department of Science and Technology felicitated him on Wednesday and the event was virtually attended by top scientists, mathematicians and statisticians.

“While there are different verticals (fields) in science, statistics is a horizontal that cuts through all these lines,” Mr Sharma said.

Mr Sharma said data is the “new water” and the future is going to revolve around it. Industry 4.0 and beyond is all about creating data, analysing data, building on data and making great discoveries with it, he said.

“Prof. C R Rao was working on the science of data 70 years ago and was much ahead of his times. He is not only a scientist but also an institution builder. The country and the world will always be indebted to Prof Rao for his pioneering contributions to the field of statistics,” Mr Sharma said.

He also worked at the Indian Statistical Institute for 40 years. Later, he moved to the USA and worked for another 25 years at the University of Pittsburgh and the Pennsylvania State University.

Mr Rao is the author of around 475 research papers published in prestigious journals and 11 books.

“Some of Prof. CR Rao’s work has had deep impact on genetics and that has great influence on the work we do now,” Mr VijayRaghavan said.

Bimal Roy, Chairman, National Statistical Commission, recalled that Rao”s understanding of statistics as a subject was not limited to that field alone, but he looked at it to find solutions in the other disciplines as well.

Recalling his interaction with Rao in early 2000, Shekhar Mande, Director General of the Council for Scientific and Industrial Research (CSIR), said when the legendary statistician came to Hyderabad, the scientific community in the city organised a lot of conferences.

“The scientific community in Hyderabad was pretty excited. He sat through all the conferences, including one in which I presented a paper, taking keen interest in them,” Mr Mande said.

(Except for the headline, this story has not been edited by NDTV staff and is published from a syndicated feed.)