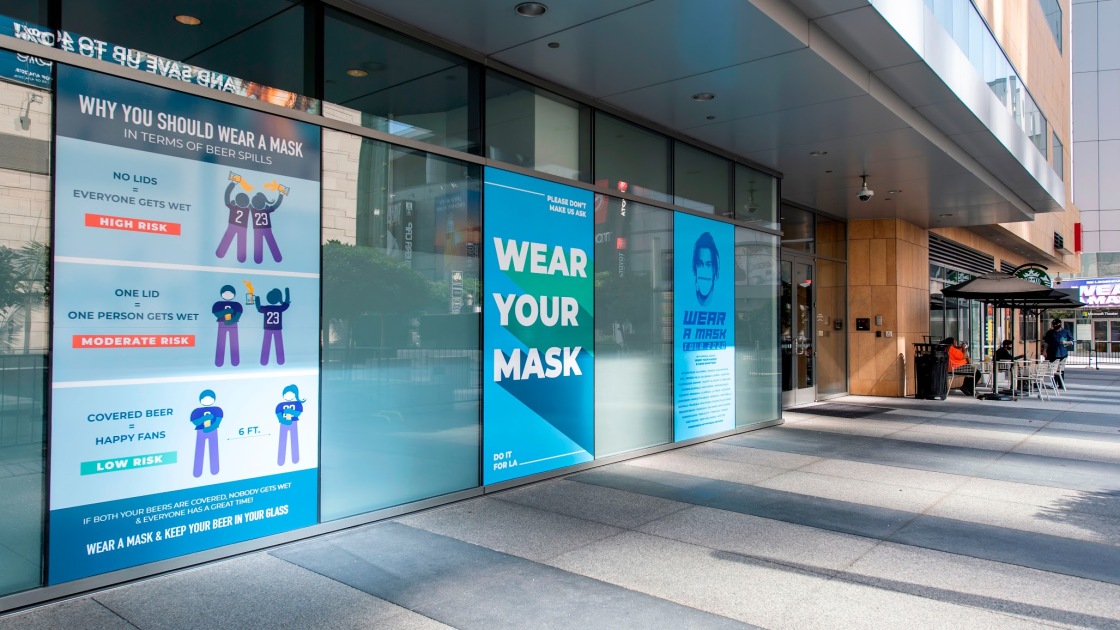 When people ask what’s different about the fight against COVID-19 compared to previous pandemics, one answer is data science. We know more—in real time—about infectious disease transmission, treatment efficacy, and the results of prevention programs than ever before, while mobile platforms inform and engage (most) citizens at an individual level.

I haven’t been sick, but several of my friends have contracted, and recovered from, the virus (which looked hideous based on the Zoom/Google Meet-based chats I had with them). I haven’t yet signed up for SafePass, the track and trace app, which launched on Sept. 9 in partnership with Citizen. But, I am obeying all the precautionary measures around social distancing, mask wearing, and submitting to temperature checks and mandatory surgical gloves before doing deli runs at Eataly.

Curious to learn more about my adopted hometown’s pandemic plans, I exchanged emails with Dr. Barbara Ferrer, Director of the Los Angeles County Department of Public Health, about the campaign that draws on, and populates, the LA County COVID-19 Surveillance Dashboard.

Dr. Ferrer was appointed to this role in January 2017, after working as Chief Strategy Officer at the W. K. Kellogg Foundation. Previously, she served as Executive Director at the Boston Public Health Commission, where her focus was on addressing racial health disparities, improving family economic security, and promoting partnerships in both health and education.

“I started working as a community organizer back in 1978, joining with others on Cape Cod, to ensure that people with Medicaid were not denied access to health services,” Dr. Ferrer says. “For the next eight years, I worked alongside residents and organizations to address fundamental issues of social and racial justice, including the need for economic security, stable housing, and healthcare for all.”

Rather than go to medical school, as originally planned, Dr. Ferrer chose to focus on public health. After two master’s degrees (public health from Boston University and education from the University of Massachusetts, Boston), she was awarded a doctorate from Brandeis University’s Heller School for Advanced Studies in Social Welfare.

At the time of writing, the LA County COVID-19 Surveillance Dashboard is showing just under 260,000 cases, with 6,274 deaths, among a population of 10.4 million. It is powered by data from at least 50 laboratories, 25,000 health care providers, 100 hospitals, and direct interviews (track and trace).

It drills down into cases per specific demographic, and highlights the disproportionate devastation to the Black, Hispanic, and Latino communities, which make up 50 percent of the total death toll to date. These are sobering statistics, but also crucial in terms of allocating resources and funding for the future.

Homeless encampment on a bridge between lanes of the Interstate 110 freeway on April 7. (Photo by David McNew/Getty Images)

“We have known that health inequities exist” for decades, Dr. Ferrer told me. “Yet, in spite of significant resource investments in expanding access to medical care and programs that support adopting healthy lifestyles, we have made no real progress across the board in narrowing the gaps. [Plus] our residents, whose descendants in the United States were enslaved, annihilated, and forcibly moved from their lands, continue today, as in the past, to face more illness and shorter lives when compared to others.”

Stretched to the Limit

Dr. Ferrer released a public health strategic plan in July 2019, which calls for a communicable disease reporting, investigation, surveillance, and case management system by Dec. 31, 2022. It also seeks to modernize DPH’s public communication and messaging by June 30, 2022 to keep people in the loop about community-wide health threats and promote practices for building equitable communities.

The report was released six months before the first COVID-19 cases were recorded in Los Angeles County, prompting some projects to be fast-tracked where possible.

“I must give credit [for that] to our Chief Science Officer, Dr. Paul Simon, who is providing stellar leadership during these challenging times,” Dr. Ferrer says. “We’ve done this work for years so we already had systems in place.  But the pandemic has stretched us to the limit.  We pulled epidemiologists, research analysts, and data analysts from all over the department to support these efforts.”

L.A. has adjusted swiftly to life under COVID. Dodgers Stadium has been turned into a huge drive-in, appointment-based testing site and there are walk-up testing units around high foot traffic areas, like Union Station.

L.A. County has almost 60,000 people experiencing homelessness, who are high-risk from both catching COVID-19, and transmitting it to a vulnerable population. To combat this, mobile sanitary stations with toilets and sinks have been set up next to make-shift encampments, near the beach, and outside grocery stores.

A state-wide initiative called Project Roomkey has requisitioned hotel and motel rooms for nearly 5,000 people. City staff, including librarians, have re-trained as Disaster Service Workers. None of this would have been possible—and certainly not at speed—without interoperable data science dashboards like the regular Greater Los Angeles Homeless Count.

Data and the Future Vaccine

Data science will get deployed once more as a vaccine program is rolled out. By that point, Dr. Ferrer’s team will know where to target resources, how to reach the most people, and achieve population immunity in the fastest, safest way possible, she says. Data science is key to measuring success in the number of deaths prevented.

“Its success will also be determined by the degree to which the data informs all of our disease prevention and control efforts; and tells us whether the interventions that we’re putting in place are working,” Dr. Ferrer says.

In the meantime, it is clear that, by engaging Angelenos in combating COVID-19, the hope is to move from passive helplessness in the face of the pandemic, to one of engaged personal health advocacy. Only through swift, and decisive, action, can we stop the spread of infectious diseases, like COVID-19, and whatever comes next.