Kentucky by Heart: Many Kentuckians have made their mark in fields of science and technology 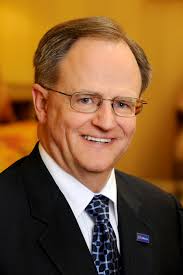 Science and technology. . .in the Bluegrass State??

Over the years, Kentucky hasn’t always been given credit for its part in the furtherance of science and technology in the U.S., but after I did a little research this week, I discovered that the state has some real credibility in the area. There are a goodly number of people born in Kentucky who have been, or are, important participants in the fields as scientists or inventors.

For sure, my research is quite limited, especially regarding women excelling in this area. I would love to hear from my readers offering an expanded list.

I’ve had the joyful experience to cross paths a few times with Dr. Lee Todd, Jr., former University of Kentucky president, born in the small town of Earlington, in Hopkins County. He’s a real gentleman, humble and a good listener, and he’s a tireless promoter of sci/tech as a way to move the state forward economically and lift its people’s quality of life. I’ll mention only a few of his accomplishments here.While a master’s and doctoral student at Massachusetts Institute of Technology (MIT), he received six patents for high resolution display technology. Under his leadership as UK president, the university was awarded a 25-million-dollar grant from the National Science Foundation to improve math and science education in eastern Kentucky. Check out his initiatives; there are plenty more.

Dr. Phillip Sharp was born in Falmouth, the county seat of Pendleton County. Interestingly, he worked the family tobacco fields while growing up there. In 1993, he became the co-winner, with Richard Roberts, of the Nobel Prize in Physiology or Medicine in the field of RNA splicing. I previously profiled him in this KyForward column.

Awarded a degree in astronomy and astrophysics from Harvard, Louisville-born James Gilbert Baker (1914-2005) became a nationally known optical systems expert. He developed the Baker-Schmidt telescope and helped develop the Baker-Nunn camera, a series of twelve satellite tracking cameras. He also designed most of the lenses and cameras for America’s iconic U-2 spy plane.

Isaac Chuang is a native of Corbin and is recognized today as a pioneer in NMR quantum computing and has authored a primary reference book, along with Michael Neilsen, in the field of quantum information.

The president and chief executive officer of TWX Technologies, Rex Geveden, was born in western Kentucky, in Mayfield. Among many other high-profile positions, he formerly served as chief engineer at NASA.

Garrett A. Morgan (1877-1963), an African American, was born in Claysville, near Paris. His parents had been slaves. He became a well-known inventor, with his two most noted inventions being a three-position traffic signal and a “smoke hood,” which came before the gas mask. He pioneered some hair care products, too, and started a company with that line of products. 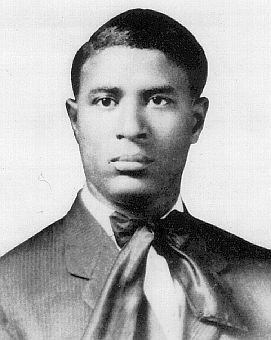 Besides Phillip Sharp, Kentucky had another winner of the Nobel Prize in Physiology or Medicine. Thomas Hunt Morgan (1866-1945), Lexington, won it in 1933 for his work in finding how the role that the chromosome plays in heredity. Interestingly, his first degree came in 1886 from the State College of Kentucky (later became UK), and he was valedictorian of the class. See https://www.bluegrasstrust.org/dr-thomas-hunt-morgan-house for a modern day tribute to Morgan.

A couple Kentuckians won the highest of rewards in the field of chemistry. William Lipscomb was born in Cleveland, Ohio, but his family moved to Lexington when he was a child. Lipscomb was the 1976 Nobel Prize in Chemistry recipient, specializing in nuclear magnetic resonance, theoretical chemistry, boron chemistry, and biochemistry. The other Kentuckian, Robert H. Grubbs, hails proudly from Marshall County (midway between Possum Trot and Calvert City.) His mother was a schoolteacher and his father a diesel mechanic. Grubbs was the co-recipient of the 2005 Nobel Prize in Chemistry for his work in olefin metathesis. Along with many other recognitions, in 2017 he was elected a Foreign Member of the Royal Society. 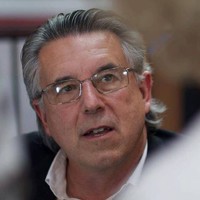 Steve Flairty is a teacher, public speaker and an author of seven books: a biography of Kentucky Afield host Tim Farmer and six in the Kentucky’s Everyday Heroes series, including a kids’ version. Steve’s “Kentucky’s Everyday Heroes #5,” was released in 2019. Steve is a senior correspondent for Kentucky Monthly, a weekly KyForward and NKyTribune columnist and a former member of the Kentucky Humanities Council Speakers Bureau. Contact him at sflairty2001@yahoo.com or visit his Facebook page, “Kentucky in Common: Word Sketches in Tribute.” (Steve’s photo by Connie McDonald)

J. Richard Gott is a professor of astrophysical sciences and gravitational physics at Princeton University. Born in Louisville, he is known for his work in time travel and the “Doomsday argument.”

NASA’s first Mars program director, G. Scott Hubbard, is a Lexington native. He received NASA’s highest honor, the Distinguished Service Medal, and is the founder of the agency’s Astrobiology Institute. Terrence W. Wilcutt, from Russellville and a Western Kentucky University graduate, is a U.S. Marine Corp officer and astronaut, a veteran of four Space Shuttle missions. He also has received a number of awards from NASA, including the Exceptional Service, Outstanding Leadership, and Distinguished Service medals.

The first industrial robot, named “Unimate,” was invented by George Devol (1912-2011), who was born in Louisville. He also created a company called United Cinephone and became known for his accomplishments as “Grandfather of Robotics.”

Though his accomplishments regarding the mobile radio transmitter-receiver were limited, Murray-born Nathan Stubblefield (1868-1928) proved a real player in inventing useful products. He patented a lamp lighter and electric battery, along with improvements in the invention of the telephone.

George M. Whitesides, another scientist from Louisville, is another nationally noted chemist. He is best known for his work in the areas of nuclear magnetic resonance spectroscopy, organometallic chemistry, molecular self-assembly, soft lithography, microfabrication, microfluidics, and nanotechnology. He attained the highest Hirsh index rating of all living chemists in 2011.

And whether one considers it for good or bad consequences, U.S. army officer John T. Thompson, from Newport, invented the Thompson submachine gun (often referred to as “the Tommy Gun”). I previously profiled him in this column Kentucky by Heart: Inventor of submachine gun was NKy native; finding strength in challenging times – KyForward.com.

Science and technology in the Bluegrass?? Yep, we have “game,” and have for quite a few years.