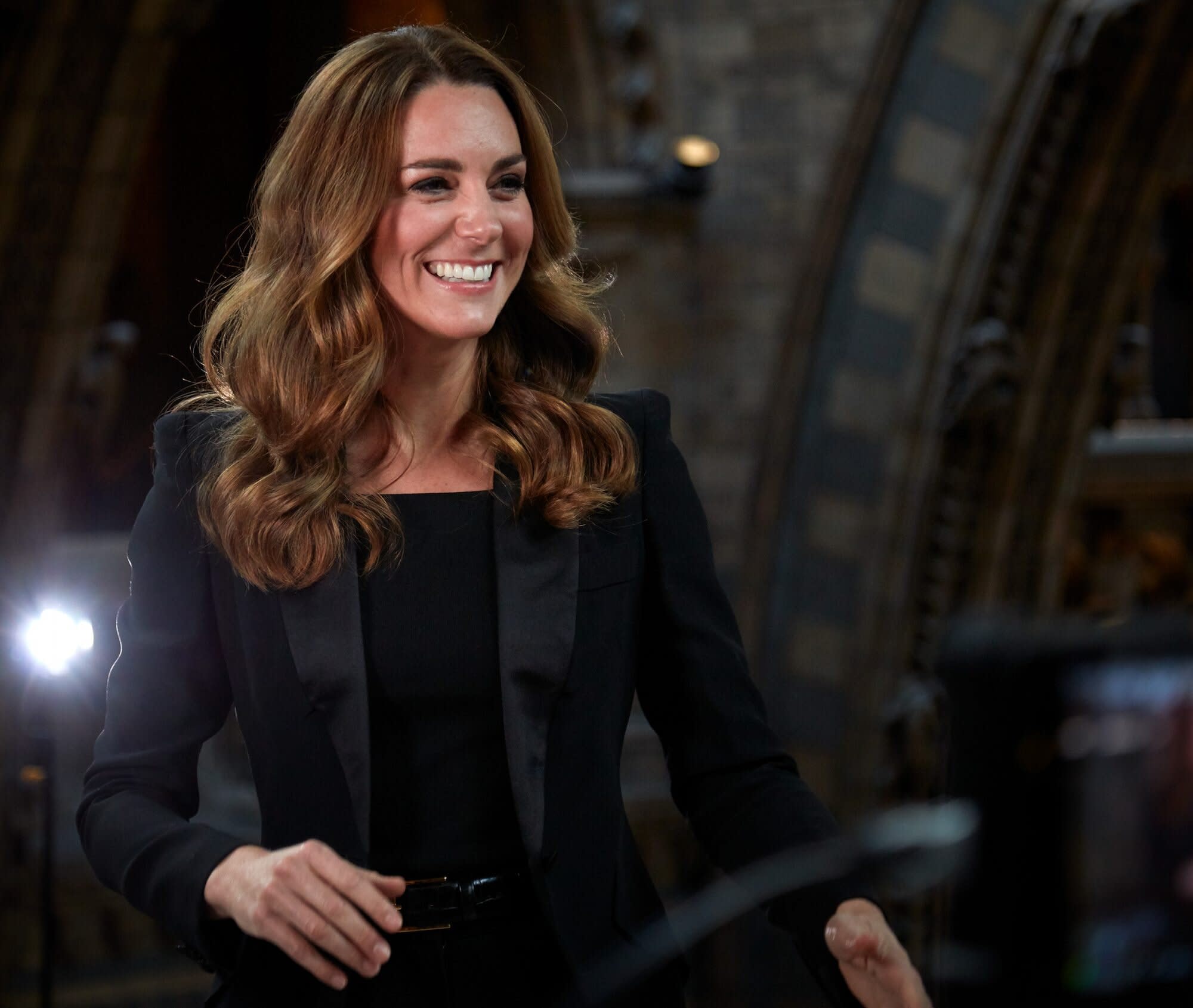 Kate Middleton has some wildlife news of her own! Just days after Prince William launched his new environmental prize, Kate has announced that she will take part in a special awards show on Tuesday.

In a new video, Kate heralds the fact that London’s Natural History Museum — home to dinosaur skeletons and graphic presentations of the world’s creatures and geography — is open for business after it closed earlier this year amid the ongoing coronavirus pandemic.

Kate, who loves to take her children Prince George, Princess Charlotte and Prince Louis to the museum, which is a short distance from their Kensington Palace home, will take part in a virtual awards ceremony for the wildlife photographer of the year.

RELATED: Prince George Was ‘So Sad’ Watching Extinction Documentary That Prince William Had to Turn It Off

As Patron of the Natural History Museum, The Duchess of Cambridge will announce the winner of this year’s Wildlife Photographer of the Year for the competition’s first virtual awards ceremony. Tune in on Tuesday to see this year’s spectacular image! pic.twitter.com/VcYRykIOs3

— The Duke and Duchess of Cambridge (@KensingtonRoyal) October 12, 2020

Kate, who is patron of the museum, says the results of the annual contest are “truly spectacular.” Filming an address in the famous Hintze Hall, she says, “It is so wonderful to be back at the reopened Natural History Museum, where we can all enjoy its treasures once again.”

“I’m here because tomorrow night I’m announcing the 56th Wildlife Photographer of the Year. I’ve been lucky enough to have a quick preview and I can say it’s truly spectacular. I can’t wait for you all to see it.”

Each year the museum hopes that the competition will inspire people around the world to think the natural world and “become advocates for the planet,” Kate’s office at Kensington Palace says.

As part of the awards show on Tuesday evening, Kate, 38, will praise this year’s entrants in the contest that is the world’s longest-running and most prestigious annual wildlife photography competition.

“The skill and creativity of this year’s images provide a moving and fascinating insight into the beauty and vulnerability of life on our planet,” she says.

Can’t get enough of PEOPLE‘s Royals coverage? Sign up for our free Royals newsletter to get the latest updates on Kate Middleton, Meghan Markle and more!

“Thank you to all those who entered for showing us the magic of the natural world, and for reminding us that caring for our environment and its precious biodiversity has never been more important.”

It is poignant that the award ceremony has come around this week – just days after her husband William launched his Earthshot Prize and spoke in his first TED talk on the urgent need to tackle the environmental catastrophes around the world.

Selected from over 49,000 entries from around the world by a panel of international experts, this year’s winning images, announced on Tuesday at 3 p.m. ET and will be exhibited at the Natural History Museum on October 16 before touring across the U.K. and internationally.