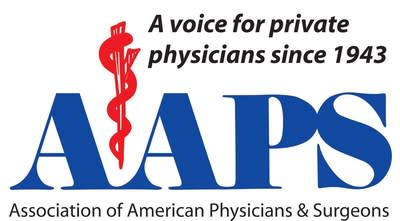 TUCSON, Ariz., Sept. 21, 2020 /PRNewswire/ — San Francisco juries have awarded up to $1 billion to persons claiming their cancer resulted from exposure to glyphosate, the active ingredient in the weedkiller Roundup™. In the fall issue of the Journal of American Physicians and Surgeons, Paul Driessen, J.D., examines the evidence and the legal process in this case study of litigation that is destroying companies and technology.

Law firms are still soliciting clients for lawsuits in which cumulative awards could reach trillions of dollars, Driessen writes.

Introduced in 1974, glyphosate is the world’s most widely used herbicide, he notes. Millions of homeowners, gardeners, and farmers use it regularly to kill weeds. Countless farmers employ it with “Roundup-Ready” corn, soybeans, cotton, and other crops that are genetically engineered to be resistant to it. That lets them practice no-till farming—which means a couple of spray treatments eliminate the need to use stoop labor to control weeds.

Is it carcinogenic? Thousands of studies conducted by respected organizations worldwide have concluded that it is not, including the U.S. Agricultural Health Study, conducted by the National Cancer Institute and other agencies, which has followed the health of more than 52,000 licensed private pesticide applicators for more than two decades. The only agency claiming otherwise is the France-based International Agency for Cancer Research (IARC), Driessen states.

In 2015, IARC ruled that glyphosate is a “probable” human carcinogen, based on two studies of mice—and has been accused of manipulating even those studies (while ignoring other studies) to get its desired results, Driessen writes.

The other 82 entities IARC classifies as “probably carcinogenic” include acetaldehyde in bread, emissions from high-temperature food frying, red meat, drinking “very hot” beverages, and working as a hairdresser.

At one trial, defendants were barred from presenting contrary conclusions from other agencies. Plaintiffs were not cross-examined regarding exposure to any of the other 500 things that IARC considers to be definitely, probably, or possibly carcinogenic, Driessen points out.

With this as a prime example, Driessen concludes that “mass tort ‘jackpot justice’ law firms continue to devise and implement better strategies, skills, technologies, alliances, financing, and ability to capitalize on previous victories—making them one of the biggest threats America’s corporations, technologies, legal system, and society have ever faced.”