Is the Universe too Thin? 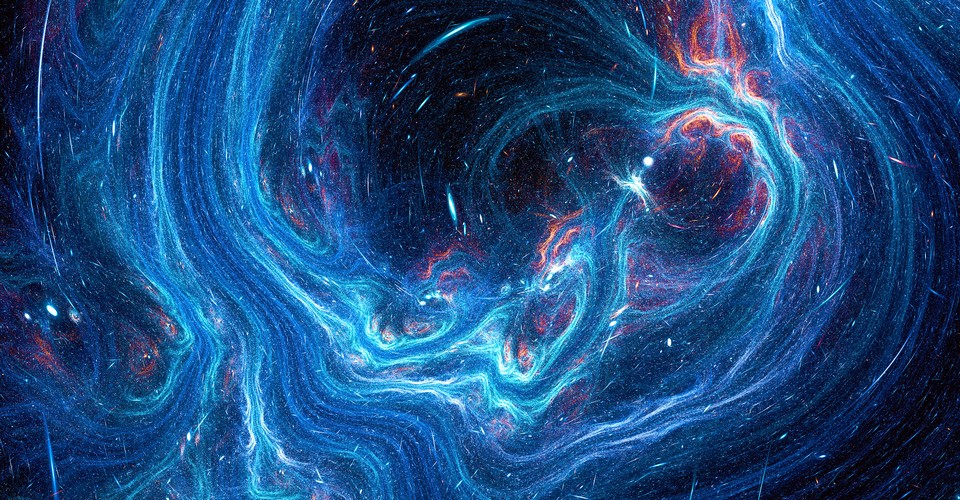 His first hint that the universe hasn’t clumped enough came in 2015, and subsequent peculiar velocity maps have featured the same troubling smoothness. Hudson and his collaborators published work in July inferring an anomalous lack of clumping nearly as strong as what KiDS found.

Moreover, over the past eight years, at least a dozen surveys using different techniques have all found a present-day universe at least slightly too thin. Each study has little significance on its own, but some cosmologists are growing suspicious that all measurements are falling below the theoretical prediction, rather than scattering evenly around it.

“When you start seeing the same thing in a whole bunch of different data sets,” Hudson says, “you think this is really telling you something.”

If this is a message from the universe, its meaning remains unclear. The standard model of cosmology fits observations so snugly that theorists can’t just add new pieces willy-nilly. The most precise measurements of the early universe come from the Planck collaboration, which published its final results in 2018. “It’s hard to come up with something new that doesn’t break Planck,” says Daniel Scolnic, a cosmologist at Duke University who studies expansion rates.

But the Planck straitjacket has a few loose buckles, which theorists have fiddled with for years, searching for a way to explain the unexpectedly speedy expansion.

They now seek to accomplish two contradictory tasks. To solve the original problem of the expanding universe, they need a phenomenon that would give the universe an extra kick outward. But to resolve the new anomaly, they have to weaken the gravitational influence that makes the universe clump. When you put the two problems together, says Julien Lesgourgues, a theoretical cosmologist at RWTH Aachen University in Germany and a member of the Planck collaboration, “it becomes a nightmare to find an explanation for both.”

For example, to jump-start expansion, some theorists have tried adding “dark radiation” to the early universe. But they have to balance this extra radiation with additional matter, which would have thickened the universe. So to end up with the universe that we see, they have to invent additional interactions between the various dark ingredients to get the desired thinness.

Another possibility is that dark matter, which clumps the universe together, transforms into dark energy, which drives it apart. Or perhaps the Earth sits within a vast void, skewing our observations. Or the two anomalies could be unrelated. “I haven’t seen anything compelling,” Hudson says, “but if I was a theorist, I’d be very excited right now.”

One or both tensions could still melt away with more data. KiDS is one of three weak-gravitational lensing surveys currently underway, along with the international Dark Energy Survey in Chile and Japan’s Hyper Suprime-Cam at the Subaru telescope in Hawaii. Each one scans different regions of the sky, to different depths. Results from the Dark Energy Survey’s latest campaign, which covered an area of sky five times larger than that of KiDS, will be released in the coming months. “Everyone’s kind of waiting on that,” Scolnic says. “That’s the next big thing in cosmology.”