Inside the real reasons behind Mike Corbat’s early retirement 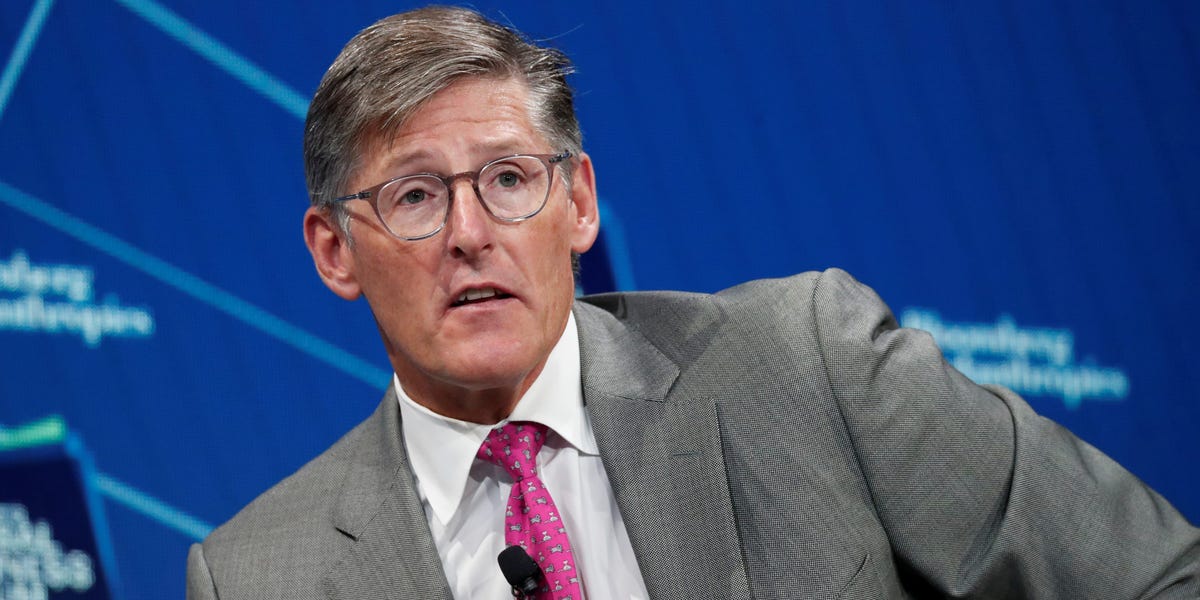 When Citigroup’s press release hit the wire at 8:30 a.m. last Thursday, it caught all of Wall Street off guard.

CEO Mike Corbat, just 60, would be stepping down as head of the third-largest US bank in February and handing the reins to the 53-year-old Jane Fraser. The change sets up Fraser to become the first female CEO of a major US bank.

Fraser’s selection didn’t surprise people — as the bank’s president since last October, she was the heir apparent — but the announcement’s timing did. When Corbat named Fraser as president, he said he looked forward to “leading our firm in the coming years.”

Instead, he chose to retire after it became clear regulators were losing patience with his inability to fix risk, compliance, and technology systems, according to those familiar with the matter.

Business Insider spoke with seven current and former Citi employees, all of whom requested to speak anonymously to describe private conversations, about the lead-up to Corbat’s early retirement.

“It was always Mike’s plan to retire in 2021,” a company spokeswoman said.

About the time Fraser was named Corbat’s heir apparent, the CEO told some board members it was his intention to finish out a three-year financial plan that would end December 31, 2020, according to a person with knowledge of the matter. Whether that meant retiring two months after that or staying on longer, the CEO wouldn’t say, the person said.

Under Corbat, Citigroup has had trouble with compliance and tech

Authorities at the Office of the Comptroller of the Currency and the Federal Reserve are now preparing to punish Citigroup for failing to fix its control systems, The Wall Street Journal reported Monday. Regulators are expected to issue a consent order requiring the bank to fix its risk systems, the newspaper said.

They didn’t, however, demand that Corbat step down, according to a person with knowledge of those conversations.

“While we never comment on our discussions with regulators, we are completely committed to improving our risk and control environment,” a Citi spokeswoman said. “We appreciate the urgency of the tasks at hand.”

The decision is a result of earlier efforts to persuade Citigroup to fix its risk controls. Entering this year, for example, Citigroup had numerous outstanding compliance- and technology-related issues that had been outlined in regulatory notices known as Matters Requiring Attention and Matters Requiring Immediate Attention, according to one of the people familiar with the matter.

Citigroup had multiple ones long past due, the person added.

The notices are issued privately by regulators when they find controls or systems that aren’t up to standards, and they typically come with firm deadlines by which the bank is expected to fix the weaknesses or present a plan to do so. The board of directors is often included on those communications.

As 2020 progressed, tensions with regulators mounted, a second source familiar with the matter said. Authorities were annoyed with Citigroup’s noncompliance across numerous issues and felt as if they weren’t being heard, the person said.

In August, Corbat sent a company memo detailing some of those challenges.

“We need to think about infrastructure and controls very differently,” he wrote in the August 10 message. “We can’t think of them as just something that is important to our regulators. It’s not about getting remediation projects done or checking boxes.”

Then $900 million mistakenly changed hands. The bank sent that amount — enough to pay off principal and interest owed — to a group of lenders to Revlon who were agitating to be paid. The lenders were locked in a legal standoff with the company when Citigroup sent its payment.

The bank is now locked in multiple lawsuits in an effort to recover the remaining money.

See also: Citi has quietly undergone a massive restructuring over the past year. Here are the businesses it overhauled and the executives who departed.

The episode was just the latest reminder that the controls of the bank were still not up to par in some areas, 12 years after the financial crisis laid bare a patchwork of technology systems that didn’t talk to one another.

Citigroup is the amalgamation of dozens of companies glued together by Sandy Weill and his predecessors over decades of deals, and the bank seldom took the time to harmonize technology systems.

Those decisions have repeatedly come back to harm the bank. Seven years after the financial crisis, Citigroup paid hundreds of millions of dollars to settle claims of an overly lax compliance regime at its Mexico unit. Corbat sent Fraser to run Latin America from Miami and clean up the mess.

See more: Citi is cutting its footprint in costly locations to help fund its investments in risk technology after the bank’s ‘unacceptable’ Revlon blunder

Last year, the bank paid £44 million to settle with the Bank of England’s Prudential Regulation Authority over lapses in regulatory controls and governance issues in some of its European units.

While many banks have spent years improving their systems, the fines and lack of progress were a testament to Corbat’s focus on cost controls, one of the people said. The CEO who had made operating efficiency and return-on-equity a hallmark of his strategy was often reluctant to spend the money or dedicate enough people to fix a problem the right way, the person said.

And now Fraser will be charged with spending money: $1 billion on improving Citigroup’s infrastructure and technology systems.