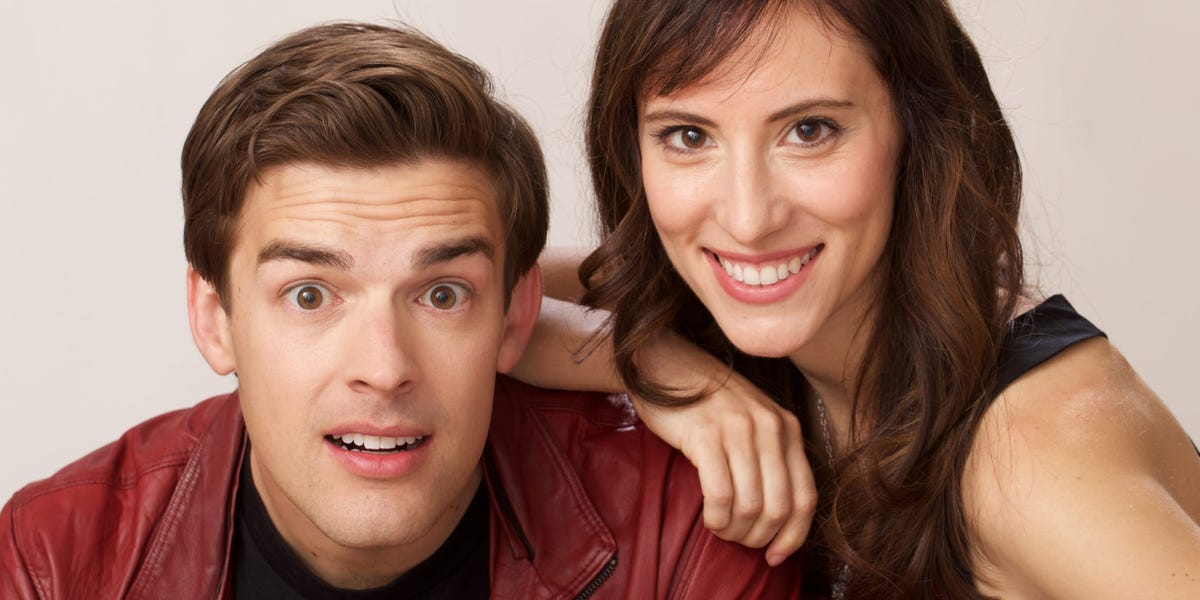 YouTube creator Matthew Patrick (known online as MatPat) and his wife Stephanie Patrick have built a business around their content strategy.

Matthew Patrick and Stephanie Patrick spoke with Business Insider about their YouTube business, how to craft a good thumbnail, and the strategy behind creating a new channel.

“You could have the best video in the world,” he said. “But if no one clicks on it, they would never know. Content creators or businesses who aren’t spending an appropriate amount of time thinking about how to best brand their video, are throwing all that work and money they spent to make that video away.”

“It’s not overloading the audience with too much and showing them what this channel stands for,” he said.

These steps will help show YouTube a lot of people are watching for a lot of minutes on the channel right out of the gate, which in turn could get YouTube to suggest the channel to new viewers.

Matthew Patrick said the company has run tests on things like eye gaze (where viewers’ eyes are going) to what colors users interact with most to measure the strength of thumbnail images.

He said images that blend into the background of YouTube actually pop out more as opposed to being just another rectangle. Other hacks and tricks can make content stand out, like certain colors or images.

Your thumbnail image should tell the story of the video and the title should be as enticing as possible without stretching the truth, Stephanie Patrick said.

The Patricks meet every week with their team to discuss new versions of titles along with thumbnails.

“The amount of time people are going to spend deciding whether they are going to click on your video based on the thumbnail is so short that it’s just as important as the video almost,” Stephanie Patrick said.

Inside their team of freelancers, channel managers and creative directors

Along with freelancers, the Patricks rely on a small full-time team that includes a head editor, channel manager, head of production, graphic artist, and creative director. They oversee things like production calendars, channel packing elements and thumbnails, channel analytics and keeping track of data.

Before launching Food Theory, they researched all of YouTube’s food content from cooking tutorials to funny food challenges and pranks.

As they geared up for the launch of the new channel, Theorist Media took a hit to their revenue as advertisers on YouTube trimmed budgets and brands cancelled or postponed campaigns. Matthew and Stephanie said the decrease in ad dollars were mostly made up for by a sharp increase in viewership.

“We saw a lot of advertiser hesitation and uncertainty right around March and April and into a little bit of May,” Stephanie Patrick said. “Luckily, I think we’ve seen advertisers start to very quickly adapt or reallocate budgets that were supposed to be used earlier in the year to new pandemic-friendly campaigns.”

For more on the influencer industry, check out these posts: