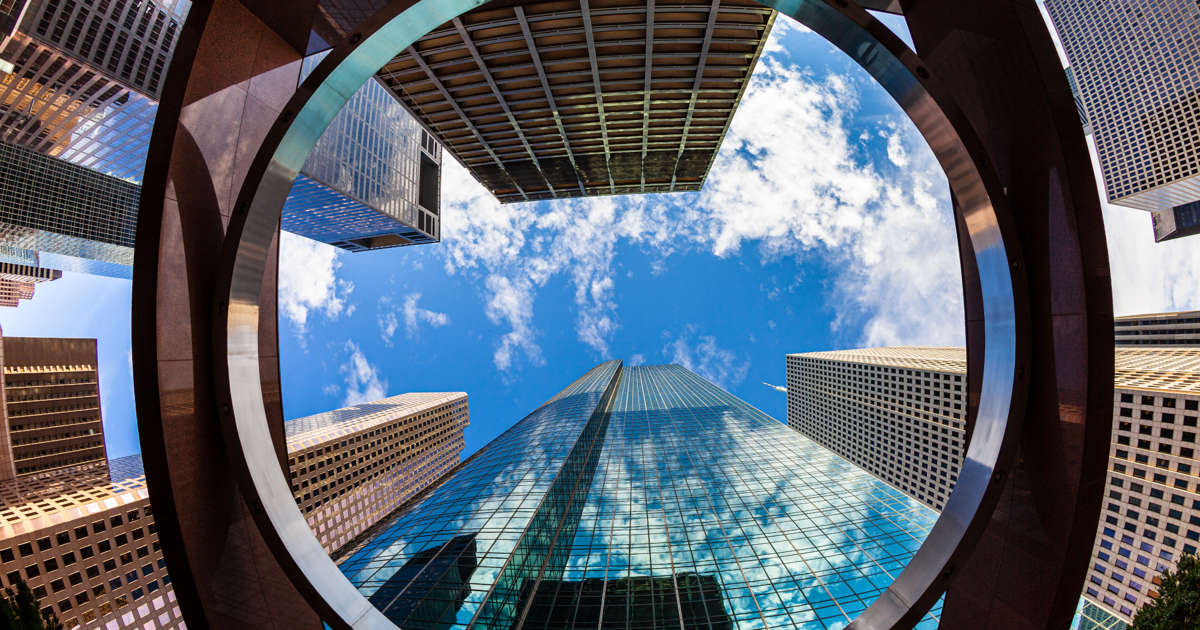 Houston wants to be the renewable capital of the world.

Or, the clean tech capital. Or the energy transition capital. Or maybe the Energy 2.0 capital. It depends on whom you ask.

“Depending on the audience that you’re speaking to, some ways of describing the future energy economy resonates differently,” said Jose Beceiro of the Greater Houston Partnership, the leading business association for the region. He’s the senior director of “Global Energy 2.0,” the partnership’s strategy to aid in transitioning Houston to a low-carbon economy.

“It’s this concept of helping the energy industry move in a more sustainable direction,” he said.

That concept was front and center during the city’s inaugural Climate Week, held last week after being delayed because of Hurricane Laura. It’s the one thing everyone can agree on: Houston’s energy sector needs to change to be more sustainable, and that change is starting now.

But while those invested in the energy transition — oil and gas companies, their lobbyists, renewables executives, city leaders — say Houston can lead that charge to a low-carbon economy, few agree on what the transition will look like.

Renewable-energy executives, for example, touted the efforts of startups and entrepreneurs as the best chance for a successful transition, arguing that oil and gas won’t be the leaders.

“Oil and gas are not going to be the big winners (in the energy transition),” said John Berger, CEO of Sunnova Energy, a solar energy service provider, during a climate week event. “You’re going to see a lot of new companies in Houston that will grow, and they are going to be the ones leading the charge. We need to focus on the entrepreneurs.”

BP America’s Chairman and President David Lawler, however, said during climate week that a low-carbon future would include a mix of energy sources, emphasizing the importance of partnering with oil companies to achieve emissions goals.

Part of the solution?

With more than 4,600 energy firms in Houston, according to the GHP, the fossil fuel energy still dominates the local economy.

Industry groups say the world will need oil and gas for a long time. They point to projections that to meet greenhouse gas reduction goals of the Paris Climate Accord, oil and gas technology such as carbon capture, utilization and storage, which reduce greenhouse emissions from oil production, will be necessary.

“The natural gas and oil industry will continue to play a foundational role in the global energy mix for decades to come while enabling investments in renewables,” said Aaron Padilla, manager of climate and environmental, social and governance policy for the American Petroleum Institute, a U.S. oil and gas industry trade association, in a statement.

Taking the lead, BP has announced a slew of clean energy initiatives recently, including reducing its oil production by as much as 40 percent by 2030 and accelerating investment in renewables and biofuels by 10-fold to around $5 billion per year by 2030.

On HoustonChronicle.com: BP to cut oil and gas production by 40% over 10 years

BP contributed $2 million to support Houston’s climate action plan, unveiled in April, that includes a goal of making the city carbon neutral by 2050. But the plan doesn’t call for a total shift from fossil fuels; for example, it pledges to increase carbon capture and management, which would largely be the work of oil and gas companies.

“Houston has this global role as energy capital of the world, so in that sense, oil and gas is a big part of the conversation,” said Lara Cottingham, Houston’s chief sustainability officer. “They have to be at the table in one way or another, because the energy transition is happening. If we want to maintain our leadership in energy, then the energy companies are going to have to move forward.”

City leaders say the plan includes a mix of strategies to reduce carbon emissions. David Fields, chief transportation planner for the City of Houston, said during a climate week panel that the city is not planning for a future where nobody drives a car.

At the same time, the city’s climate week kicked off with a pre-recorded panel titled “Making Houston the Renewable Energy Capital,” with Mayor Sylvester Turner and Mauricio Gutierrez, president and CEO of NRG Energy.

But Houston’s role could be limited, says Manan Ahuja, an expert in power at S&P Global Platts, since utility-scale wind and solar farms are more suited for the wide open spaces of West Texas and the Texas Panhandle. The city’s best option to generate renewable power is with rooftop solar installations, given the high population density of the region.

Most “advanced energy” jobs, or jobs that aid the transition of the energy sector to cleaner sources, in the state are based in Harris County, according to an analysis by the Advanced Power Alliance, a renewable-power trade association based in Texas. More than 61,000 are employed in advanced energy in Harris County, compared with 37,500 in Dallas County and 18,400 in the Travis County area around Austin.

That employment base could further expand, experts said, if renewable-energy companies can make deals with Houston’s manufacturers, who represent 17 percent of the region’s economy, according to the Greater Houston Partnership.

“There’s an opportunity to clean up the power supply in the Ship Channel and industrial areas and to reduce the cost (of power),” said Jeffery Clark, the president of the Advanced Power Alliance.

Houston: Ahead or behind?

While Houston’s population and deep ties to the energy industry provide it certain advantages during the transition, the city still could find itself falling behind on solar. For example, Texas’ power grid manager, the Electric Reliability Council of Texas, does not facilitate the sale of excess power back to the grid at retail prices as do some Northeastern states (though it does not prevent private retail providers from facilitating buyback programs).

“The higher your retail price, the more likely you are to say, ‘Let me just generate my own electricity,’” he said. “The retail prices in Texas are one of the lowest in the country. Compared to some of the other states, it doesn’t make sense. It definitely impacts the economics of rooftop solar.”

Other cities with aggressive clean-energy targets will try to position themselves as clean energy hubs, snatching away potential new technology and renewables companies, said Clark, of the Advanced Power Alliance. “There will be a lot of cities that want to take (that) away from Houston,” he said.

In California, for example, transit authorities have been quick to switch buses to greener sources of fuel, said Kimberly Williams, chief innovation officer for the Metropolitan Transit Authority of Harris County. The state plans to have an all-electric bus fleet by 2040.

“They have been doing both battery electric and hydrogen buses for a few decades now, and quite honestly, they are much further ahead than almost anyone in the country in terms of electrifying bus fleets,” Williams said.

Oil and gas industry groups argue that California, or other states that have been more aggressive in policies for the energy transition, shouldn’t necessarily be the model Texas follows.

“Oil and natural gas is projected to be an essential part of a cleaner energy future,” said Todd Staples, president of the Texas Oil and Gas Association in a statement. “Smart policies must be in place to ensure Texans do not suffer the brown outs and sky-high electricity prices that misguided mandates have caused in California.”

But some say that California’s renewable energy policies, which have accelerated the transition from fossil fuels, offer a warning for the oil and gas industry and the city of Houston.