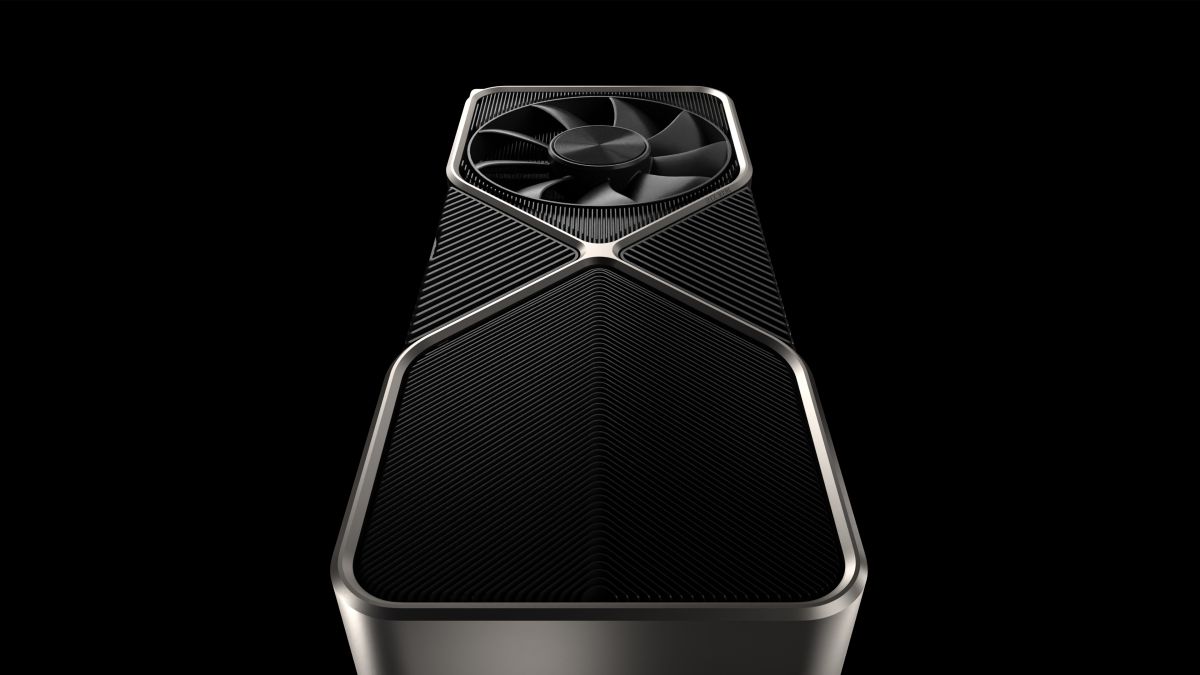 “Everything is possible.” That’s probably the key takeaway from the latest Nvidia GPU leak pointing to a single 900W GPU SKU for its upcoming Ada Lovelace graphics cards. It’s reportedly a full-fat AD102 next-gen chip slapped onto a PCB with twin 16-pin PCIe power connectors and, what is known in the business as, a metric f***ton of memory attached to it.

In fact, there is another full-fat AD102 SKU with 900W TGP, 48G 24Gbps GDDR6X, 2*16pin and higher frequency. But no one knows whether it will become an actual product. Because the test board of AD102 has more than two 16pin connectors, so everything is possible.April 27, 2022

If this turns out to be an actual consumer RTX 4090 Ti, or the like, then I think we can quite honestly say the GPU industry has lost its head. I struggle to justify the power my gaming PC chews through in the face of what I’m doing to the planet, and that’s with a card that’s almost a third of the TGP of this potential beast.

It was brought to light by noted twitter leaker, @kopite7kimi, who has been spitting out RTX 40-series rumours/leaks/whatever you want to call them, on an increasing cadence as the next-gen GPUs start to move into the testing phase.

Despite the suggestion that this monstrous graphics card is on the way, it is noted that no-one they’ve spoken to knows whether this is actually going to translate into an actual released product. They also note that the original AD102 testing board comes with more than two 16-pin PCIe power connectors, so Nvidia could legitimately test a board that sucks down even more power.

But why would Nvidia be playing with such a thirsty card design in the first place? The rumours already suggest the top card, potentially the RTX 4090, could draw a up to 600W when it comes to the total graphics power (TGP) metric. That’s already an almost offensively large amount of power, though it will be passed off as a card for creators and not really for gaming PCs.

A version with higher clocks, 48GB of 24Gbps GDDR6X memory, and the full AD102 GPU could easily be a test card for a potential RTX 4090 Ti, but equally it could represent the return of the Titan card for the Lovelace generation of cards, or even a new Quadro AD6000, or the like.

It could also be a question of Nvidia engineers seeing just how far they can push the upcoming architecture just in case they need a little extra performance to ensure Nvidia can hold onto any claims to the fastest cards in this new generation. Reports are that AMD’s competing RDNA 3 cards will be a genuine performance leap over the current Radeon RX 6000-series GPUs.

If the mid-range version is capable of besting the RX 6900 XT in the labs, then the top-end Navi 31 GPU could be a monster itself. Especially if the dreams of infinity fabric magic and graphics chiplets come to pass in this generation. That might be a bit of a stretch to hope for a multi-chip gaming GPU this year, but the new Radeon cards will still give Nvidia a lot of competition.

Maybe this 900W card is evidence that Nvidia is testing just how far it is going to be able to go to stay on top, and hang the sense of it. All I can say is: please don’t let our PC gaming futures include a dedicated GPU PSU.

But y’know, everything is possible.