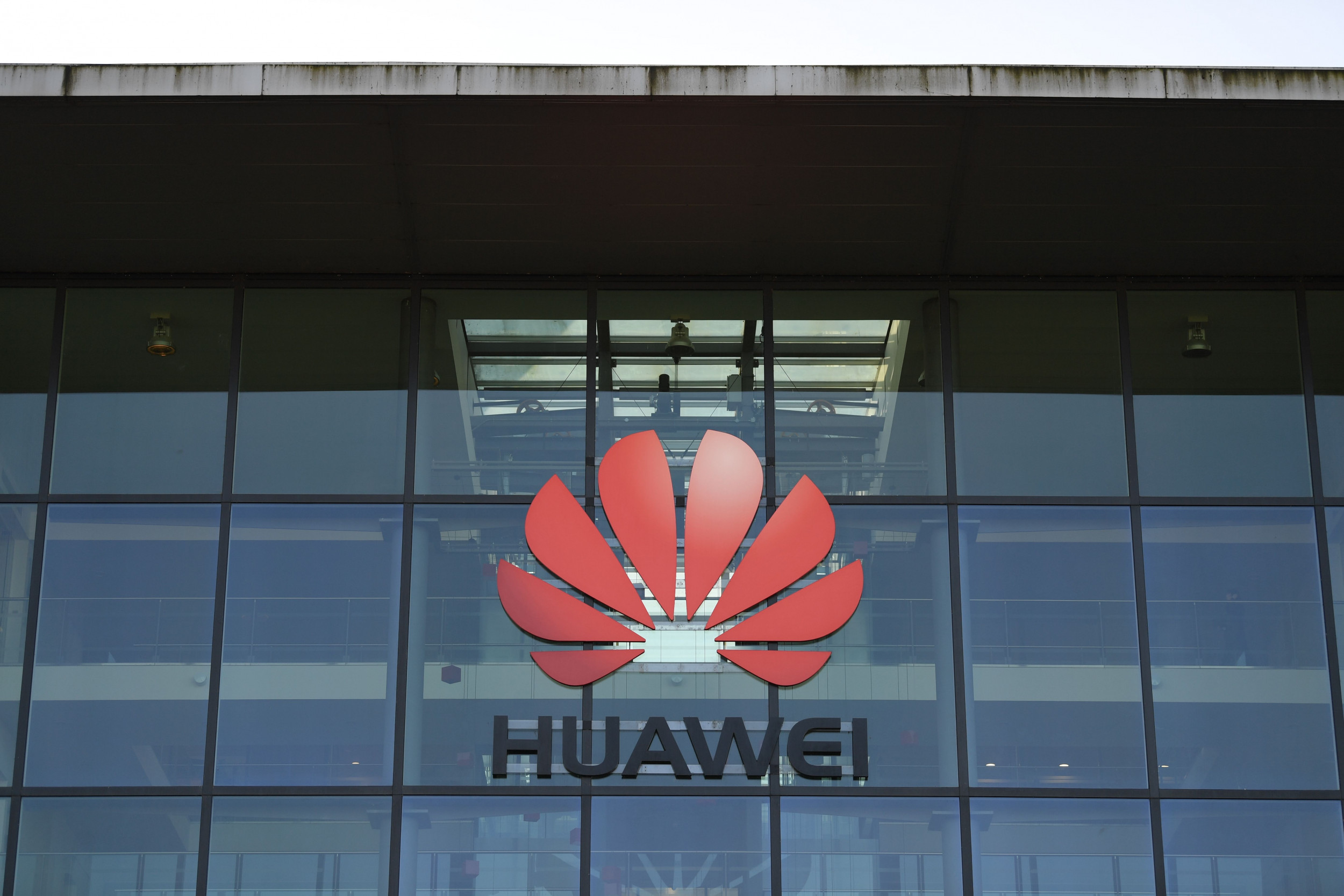 Consider Huawei’s handset business, which depends on high-end chips manufactured by Taiwanese foundries. Because the Taiwanese use some American equipment to manufacture the chips, the U.S. has imposed an effective blockade on Huawei’s outsourcing, and China does not (yet) have the domestic capability to make high-end chips. A similar ban blocks Huawei’s access to key American chip-design software.

Huawei will lose market share in the low-margin handset business, and Chinese competitors like Xiaomi will pick up the slack (which explains why the latter’s stock price has jumped this year from HK$8 to HK$22). Huawei will have little difficulty using older chips for 5G base stations, installing the lion’s share of the six million units that China has ordered to build out its 5G network over the next two years.

Huawei’s most important business, though, will emerge unscathed from U.S. sanctions. American strategists think that Huawei is a telecom equipment company. Among other things, Huawei is the world’s largest telecom equipment manufacturer, with a 31 percent market share during the first half of 2020—more than the combined share of the second and third position companies, Ericsson and Nokia. Huawei, though, is first and foremost a big data and artificial intelligence (AI) company—the most inventive and imaginative one in the world. Let’s call this combination “BD/AI,” for short.

BD/AI has already had world-moving consequences in health applications. For example: China will test all nine million inhabitants of Qingdao for coronavirus over five days, after medical authorities detected nine cases of infection. The United States, meanwhile, was reporting an average of about 50,000 cases per day as of earlier this week. Notably, the U.S. has done far more testing than China per capita, with more than 357,000 tests per million of population to date, compared to just 111,000 in China, according to Worldometers.info. Apart from selective, short-term lockdowns, life in China has returned to normal, with more than half a million tourist journeys booked during last week’s mid-autumn holiday—all while much of daily life in America remains paralyzed by the pandemic.

The difference lies in data and use of AI to analyze the data. China required far fewer coronavirus tests per capita because its AI systems identified prospective clusters of infection. Small amounts of selective forensic testing guided by AI forecasts preempted larger outbreaks—and where smaller outbreaks occurred, massive testing extinguished the spread of the virus.

If AI is the engine of the Fourth Industrial Revolution, data is the engine’s fuel. Gathering and porting data into a usable framework, as Huawei Chief Technology Officer Paul Scanlan explained in my recent book, is the “control point” in today’s world economy. There’s no secret about this, no recondite conspiracy, no subtle design. Huawei proclaims its intentions at conferences streamed live on the web, and encapsulated in YouTube videos like this one.

Oil determined much of the geostrategy of the past century. Hitler sent the German army south toward the oil-rich Caucasus, rather than east towards Moscow in 1942, and the British fought Rommel in North Africa to protect the Suez Canal route for its oil tankers. Russia and the United States wrangled over the oil-rich Middle East throughout the Cold War. The Arab oil boycott of 1973 sent the U.S. into recession and near defeat in the Cold War; the collapse of oil prices in the 1980s hastened the fall of the Soviet Union. All the old geopolitical models arose from concern over trade routes as control points for the transshipment of oil. They are now as obsolete as Macedonian phalanx tactics in the 3rd century B.C.E., or Napoleonic artillery manuals.

Data is now the control point. A central premise of American policy toward China is that Huawei intends to steal Western data. On the contrary: China is the main collector and provider of data in the fields where it counts the most—for example, medicine. Every European pharmaceuticals company of importance has a BD/AI joint venture in China, because China has digitized the health records and sequenced the DNA of hundreds of millions of its citizens, and can correlate this data to real-time vital signs of hundreds of millions more people. To be sure, Chinese citizens have no protection by privacy laws that have made it impractical to digitize health records in the United States. This is a soluble problem, at least in theory. The technology exists—for example, through block chain accounts—to anonymize individual records while permitting data collection.

Ant Financial’s 900 million customers comprise the largest consumer finance database in the world. The company’s pending $40 billion initial public offering, the largest in history, reflects a multi-hundred-billion-dollar valuation that stems from Ant’s capacity to analyze consumer and small-business creditworthiness in a way that may put traditional banking out of business. TikTok’s two billion downloads gives its parent, ByteDance, the largest data set in the world for analysis of consumer preferences and behavior. China’s “smart cities,” the first large-scale 5G application, will match tens of millions of riders and packages to the location of vehicles, drastically cutting the waiting time for personal transportation and package deliveries.

As I report in my book, Scanlan explained what AI would do for manufacturing. “Let’s take robotics today,” he told me. “5G changes everything. Typically, 5G is spoken about in terms of download speed, but that’s not the most important advantage. For industrial processes, autonomous vehicles and other applications, the latency—the time it takes for one device to acquire and respond to a signal from another device—is more important. On a factory floor today, Robot A does its instruction, passes the bit to Robot B, and it’s the same thing. Now, if we put very low latency inside each of the robots—and they can be robots from different manufacturers—and put them in a room and give them the rules, like Go or like chess, to enable them to connect in real time—milliseconds, lightning fast—and then put a bit of plastic in view and say, I want you to make a plastic cup, the robots will organize themselves much better than we would have thought.”

Last January, Huawei placed its cloud computing division on co-equal footing with its handset and carrier businesses. The company believes that the integration of big data transmitted over 5G broadband with business and consumer applications will generate revenues that dwarf anything it has achieved in the past. In some ways, the carrier business, whose focus is 5G buildout, is a loss leader, just as America’s 19th-century railroads were a loss leader. Every major railroad company went bankrupt before E.H. Harriman created the Union Pacific, but the industries that piggybacked on the railroads enjoyed spectacular growth. Huawei wants to be both the railroads and the industries that the railroads support.

For example, Huawei’s new automotive division aims to dominate the world market in smart electric cars powered by AI, ultimately replacing Tesla as the leader in passenger vehicle innovation. It announced its new role as an auto parts supplier in 2019 at the Shanghai auto show, and a month later announced the formation of an automotive business focused on smart car solutions. It has recruited talent from the top European auto parts suppliers, with the aim of being one of only two or three dominant players in the industry.

Huawei’s IT services business more than doubled in 2019. An April 2020 company announcement reported, “According to the recently released Gartner report Market Share: IT Services, Worldwide 2019, the global Infrastructure as a Service (IaaS) market share of HUAWEI CLOUD grew at the fastest rate of any provider, and the 2019 revenue from the IaaS market grew by 222.2 percent. HUAWEI CLOUD is ranked No. 3 in China and No. 6 in the global market.”

The trouble with charging the matador’s cape is that it conceals a sword. China’s sword might take a few years to sharpen into a lethal weapon, in the form of domestic chip design and manufacture independent of U.S. components. Taiwan remains the world’s leader in chip fabrication, but China has hired perhaps a fifth of its fabrication engineers at double pay in order to build out domestic alternatives. In an October memo to employees, Huawei’s rotating chairman Eric Xu claimed that self-made chips would drive its cloud and enterprises businesses. China announced a $1.4 trillion five-year budget for R&D in frontier technologies last March. Within a few years, Huawei and other Chinese companies will take on the American semiconductor giants.

The American tech industry is terrified. A July comment by the Semiconductor Industry Association warned that the chip boycott against Huawei and other Chinese companies “has created a structural incentive for designated entities to fund the development and production of new merchant items (not a chip designed by the designated entity) by competitors of U.S. companies. This income, which is not available to U.S. companies, will further fund the R&D of the foreign companies, which increases their ability to out-compete the U.S. companies in critical technologies, such as 5G.”

No country in history has succeeded in suppressing challengers by denying access to technology. If the United States wants to stay ahead of China, it has to restore funding for basic R&D and create incentives for businesses to return to capital-intensive manufacturing investment.

David P. Goldman is deputy editor and a columnist at Asia Times. He is the author most recently of You Will Be Assimilated: China’s Plan to Sino-Form the World.

The views expressed in this article are the writer’s own.